I am not very familiar with Skippers - we don't get any in this part of Scotland, so I have problems identifying any I see. This isn't helped by the fact that there are quite a number of very similar-looking species, but each species can be quite variable! During our recent holiday to Spain I came across five different species. Not that I realised that at the time, I had to post my pictures on the UK Butterflies forum, where Guy Padfield and Roger Gibbons kindly identified them for me.
The pictures below are the five species they identified for me, but please don't ask me what the identifying features are!! 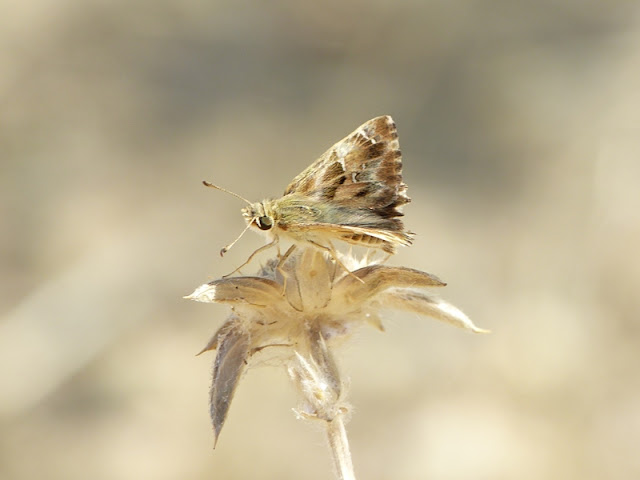 This one I managed to identify myself - it's a Mallow Skipper, Carcharodus alceae. 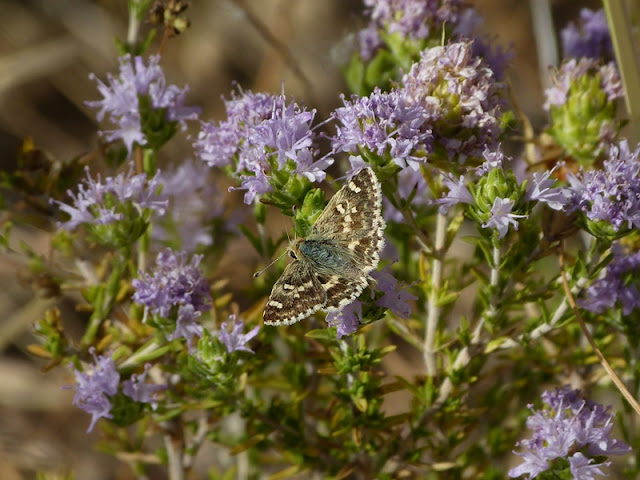 And this is the other one I managed to identify as a Sage Skipper, Muschampia proto. 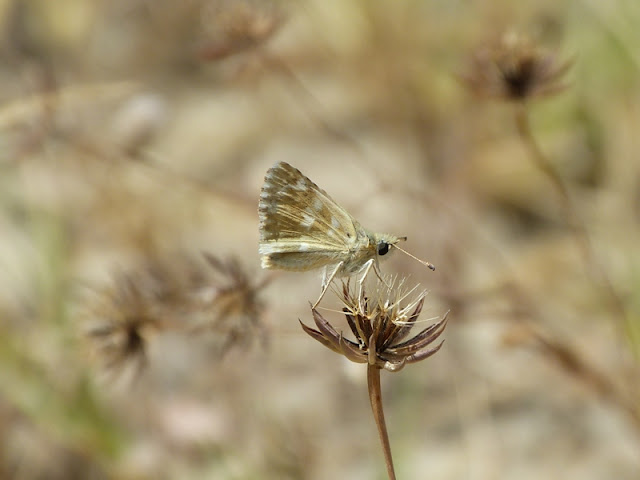 This is the underside of the Sage Skipper. 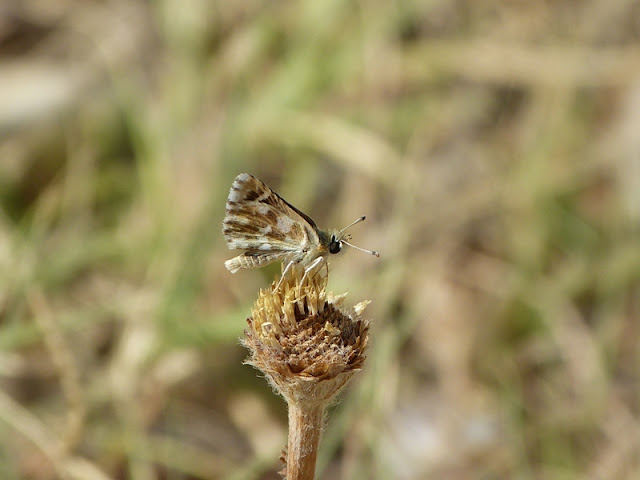 This one I am told is a Red Underwing Skipper, Spialia sertorius. I had noted that it was smaller than the others I had seen, but I had no idea what it was! 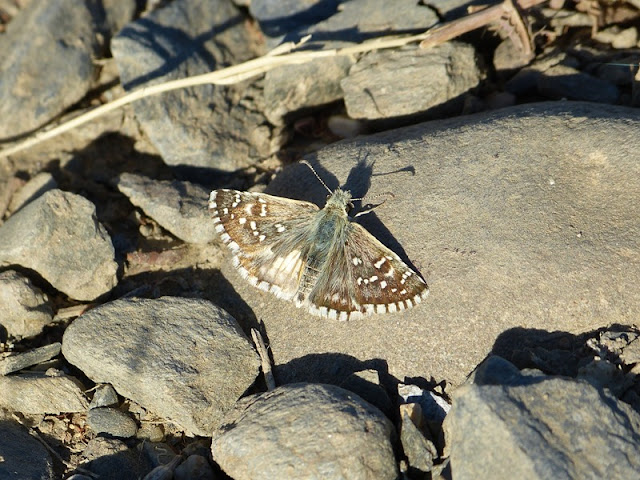 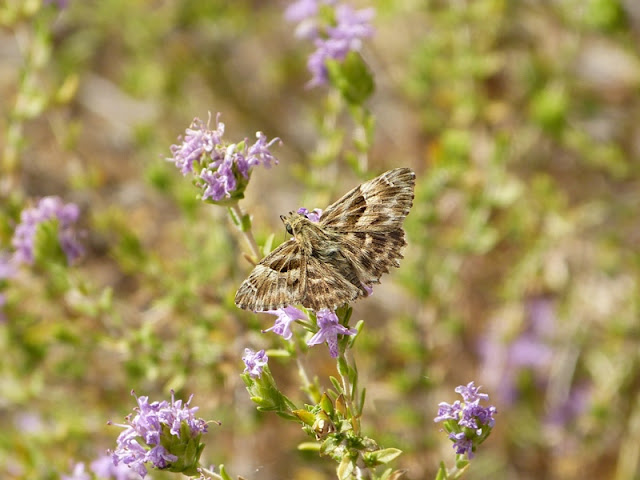 And this one is a Southern Marbled Skipper, Carcharodus boeticus.

A page of brown and beige - very 1970s! I am very grateful to Guy and Roger for their help identifying these pictures.
Posted by Nick Morgan at 23:11