What with one thing and another I didn't manage to keep my blog up to date last year, so my next few posts are from 2017.

Back in July last year I took the train down to Mansfield to pick up an old Triumph 1300 (one of my other hobbies is messing about with old cars!). I thought that there may be an opportunity to see some new species of butterflies while I was down in that area, so I e-mailed the Yorkshire branch of Butterfly Conservation. The Chairman, kindly responded, suggesting that I should call into Brockdale Nature Reserve, where I could see Marbled Whites, Melanargia galathea, and Gatekeepers, Pyronia tithonus, both species that don't occur in Scotland.

Picking up the car took a little longer than expected, but I managed to drive north for about 60 miles to Brockdale. As I arrived the car stuttered slightly, but then seemed fine. Unfortunately, by now it was 4pm and it started to cloud over.

I followed a path from the car park to what looked like a promising area, and after half an hour I had only seen a couple of Ringlets, a Large White and some Green-veined Whites.  I walked back to the car a little disappointed, but as I arrived back at the car park I saw a little brown butterfly in the grass.
I was delighted see that it was a Gatekeeper and while I was watching it I discovered that there were four of them there. 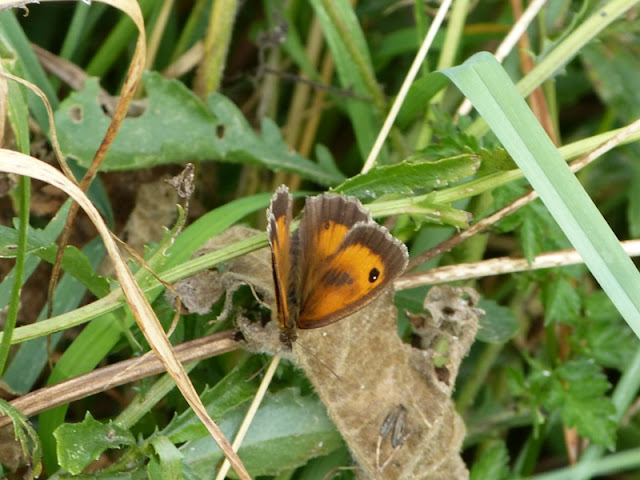 It was quite overcast by then, so my pictures are a little fuzzy. 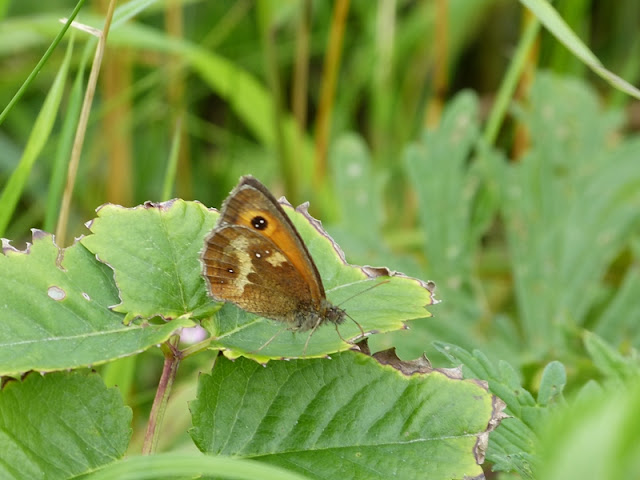 This is the first time I have seen this little butterfly, which is common in much of England and Wales. For some reason, it doesn't appear to be moving northwards as so many other species have done, so is absent from Scotland. 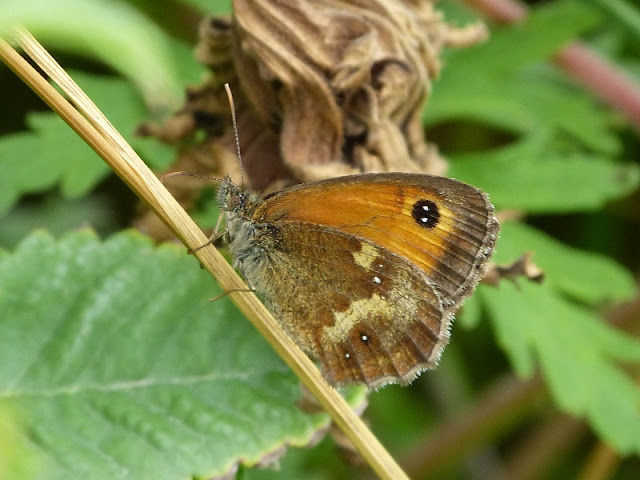 The rest of the day didn't go quite as planned. The Triumph only made it about another mile before grinding to a halt. So, it took me longer to get home, with the car on the back of two recovery lorries. 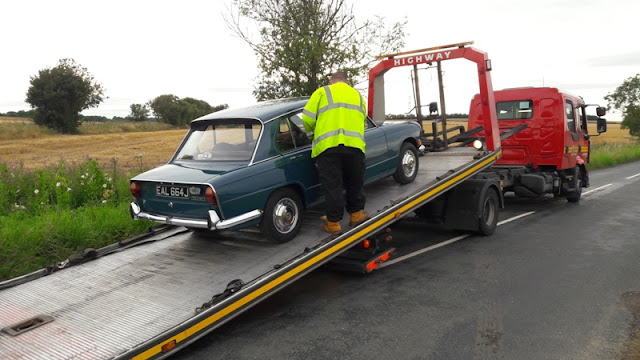 At least it saved me some petrol!