As well as the Southern Gatekeepers, Dusky Heaths, Common Blues and the Skippers mentioned in my previous posts there were a few other butterflies that occasionally appeared on the track close to our rented villa. This is a Small Copper, Lycaena phlaeas. 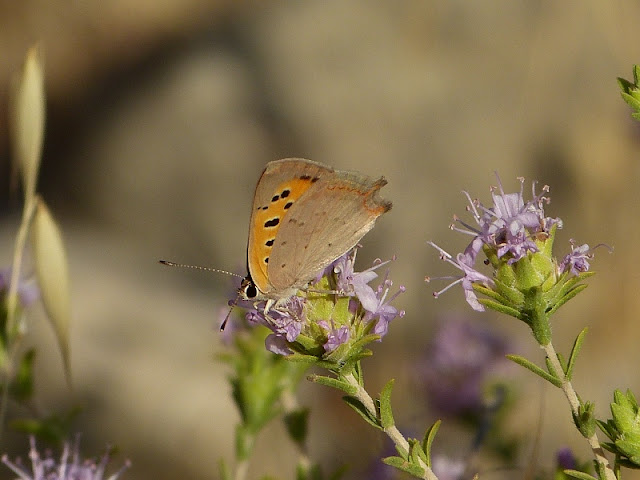 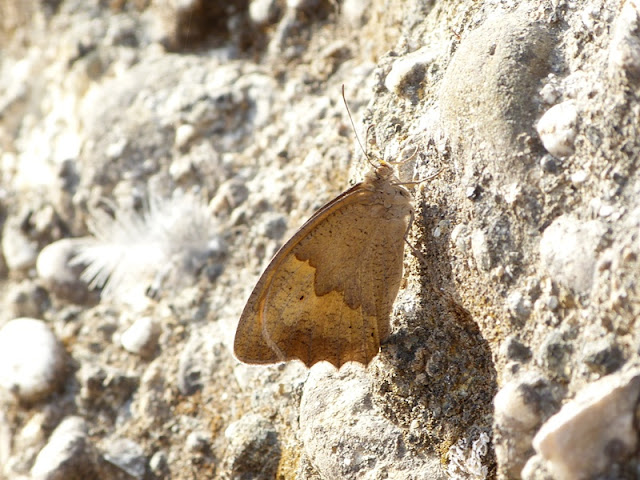 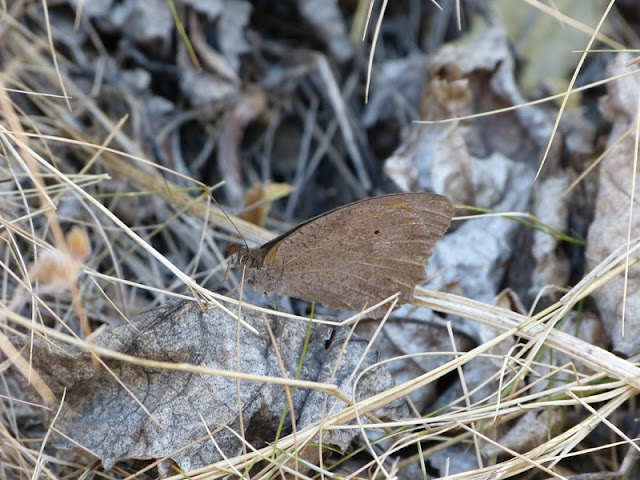 This Clouded Yellow, Colias croceus, spent a long time feeding on thyme one evening allowing me to get very close. 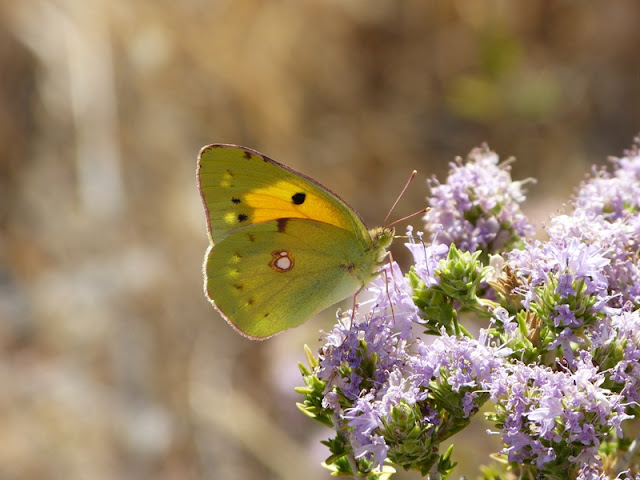 Another day, I spent ages following this Bath White, Pontia daplidice, along the track before it stopped long enough for a quick picture. 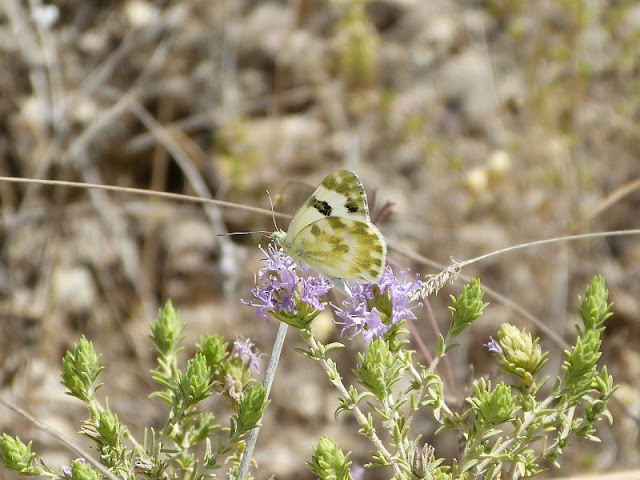 The temperatures reached 40 degrees Celsius in the shade during the day, but early morning it would be about 25 degrees. I tended to get up at sunrise to make the most of the cooler weather. One day I walked up into the hills above Alora. This was a fairly steep climb and as soon as the sun came up, temperatures rose quickly. There were quite a number of Wall Browns, Lasiommata megera, defending territories on the path. 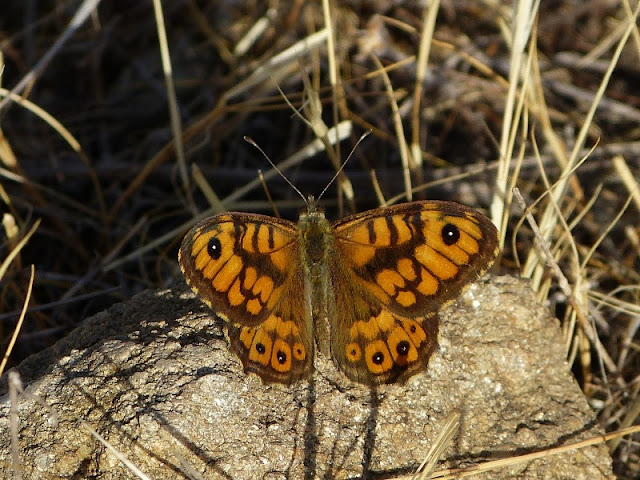 I didn't see any females at all. Occasionally one of them would fly into another's territory and a short chase would ensue. I was amazed to see that one of the more aggressive Wall Browns was completely missing one of its rear wings. This didn't seem to hamper its ability to fly or defend it territory, though. 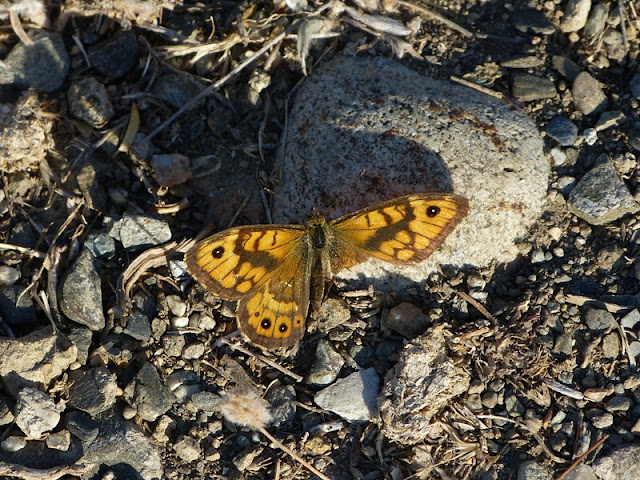 One morning I saw a small brown butterfly chasing after a small grey butterfly and trying to make passionate advances towards it. The grey one was intent on getting away from the brown one, so they weren't hanging around for a picture. I managed a couple of shots, which allowed me to identify them as a Southern Brown Argus, Aricia cramera, chasing an African Grass Blue, Zizeeria knysna. 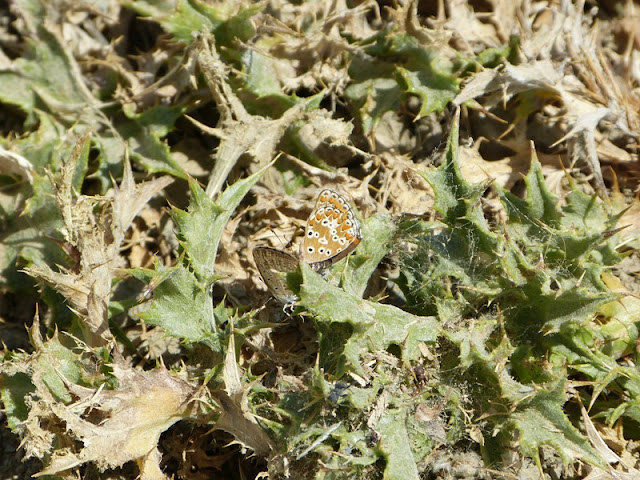 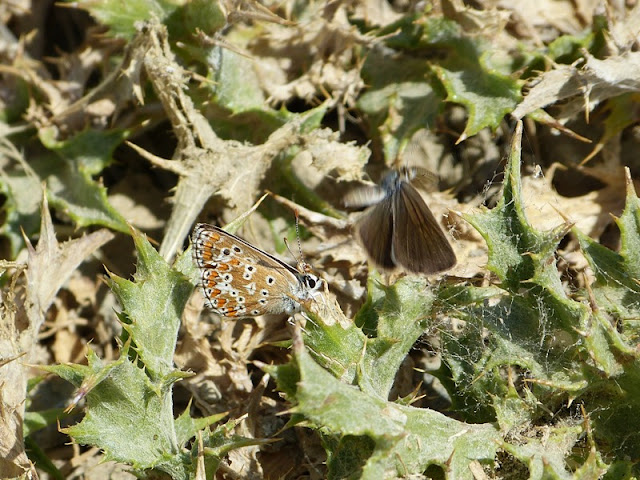 A few days later I decided to walk along the Guadalhorce River to see what butterflies there were there. The most common butterfly there was the African Grass Blue, which at least confirmed my identification of the grey butterfly above. 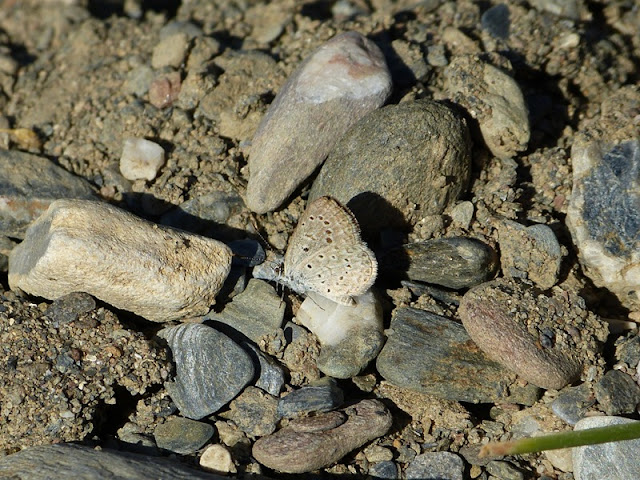 The river valley also proved to be popular with Small Whites, Clouded Yellows and Small Coppers, but surprisingly nothing that I hadn't seen closer to the house. I noticed that some of the Small Coppers by the river were the darker form. 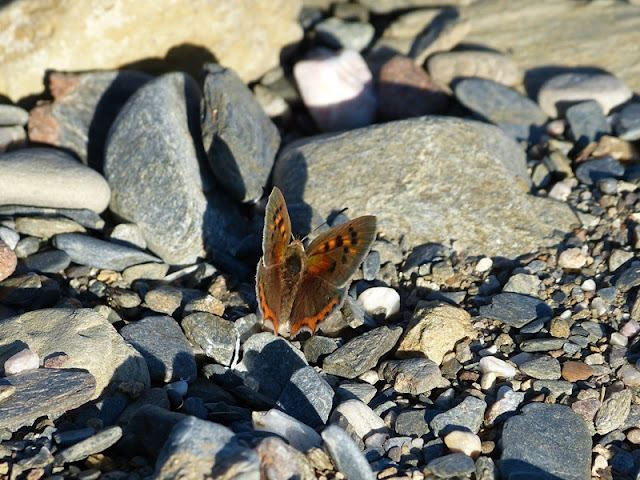 Back at the track by the villa, I was beginning to think that I wouldn't see any new species, but one late afternoon a Long-tailed Blue, Lampides boeticus, briefly landed ahead of me. These are beautiful butterflies and I have only ever had a momentary view of one. 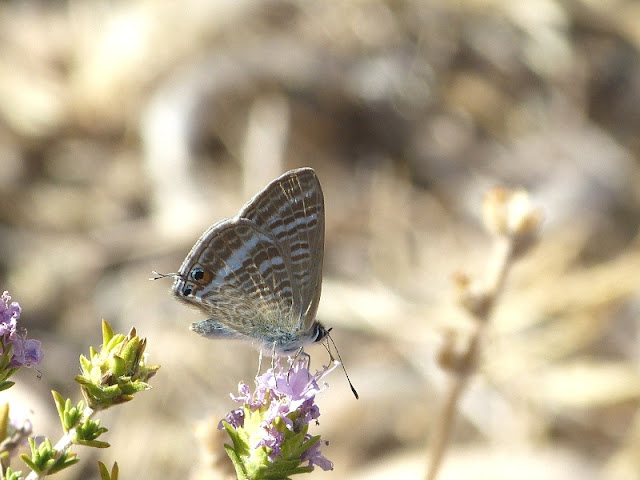 On one of the last days of our holiday a small, orange butterfly landed in the garden as we were having lunch.   Luckily my camera was close by and I was able to take a picture of it before it flew off. Thanks to the zoom on my Lumix FZ150 I was able to identify the butterfly as a Small Heath, Coenonympha pamphilus, but this is the southern, second generation, which looks very different from the Small Heaths I see back in Scotland. 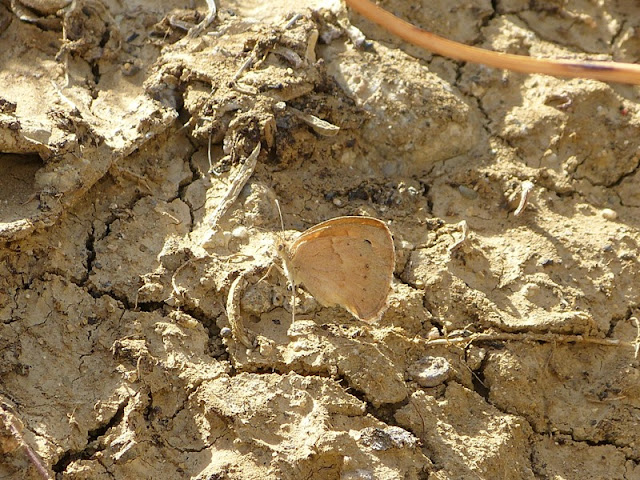 I have to admit to being a little disappointed that I didn't see more butterflies during our holiday. I had hoped to see a lot of different species of blues that occur in that part of Spain. I was also surprised not to see any fritillaries, or even a Painted Lady or Swallotail flying past!
Judging by the dried up wild flowers I think I would have been a lot more successful in April or May and the area must look really beautiful then they are all in flower. We were told that Spain has experienced an exceptionally hot, dry spring and it was experiencing  a bit of a heat wave when we were there. Judging from what I saw in Gibraltar, I think that had I managed to find some cooler, damper areas I would have seen a lot more species of butterflies.
However, after the horrible weather we have been experiencing in South East Scotland this year, it was fantastic to be somewhere hot and sunny where I could see butterflies every day! I saw 21 different species while we were there which is more species than occur in this part of Scotland. 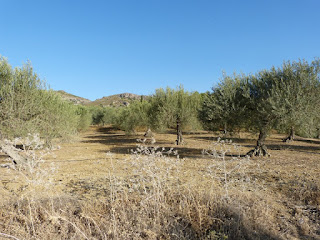 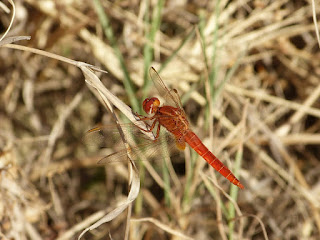 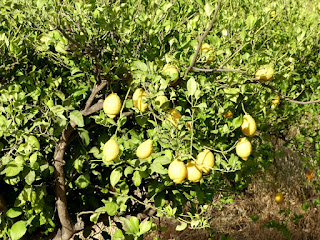 This is a beautiful part of Spain. I haven't mentioned the amazing villages built on steep hillsides, the castles, the friendly people, lovely food and the fantastic lifestyle. A great place for a holiday. 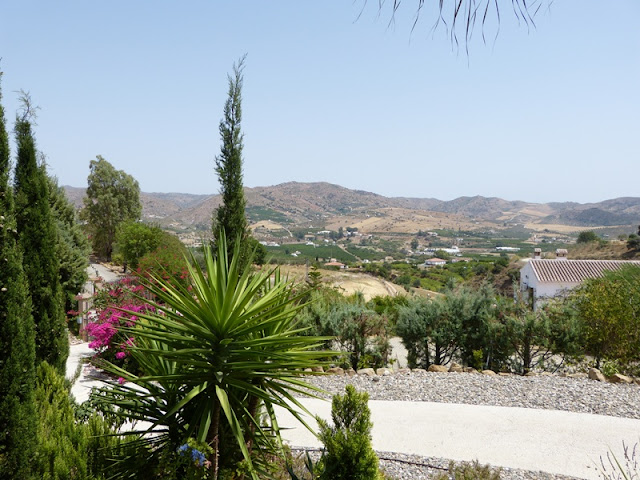