Trials and Tribulations of being a Caterpillar

Many of the plants in our small garden have been specifically planted to provide nectar for bumble bees and butterflies. Others have been planted hoping that butterflies will lay their eggs on them. Last year I planted Nasturtium seeds in any bare areas of the flower beds. These not only provide a nice splash of colour, but the flowers attract bumble bees and various species of white butterflies lay their eggs on the leaves. 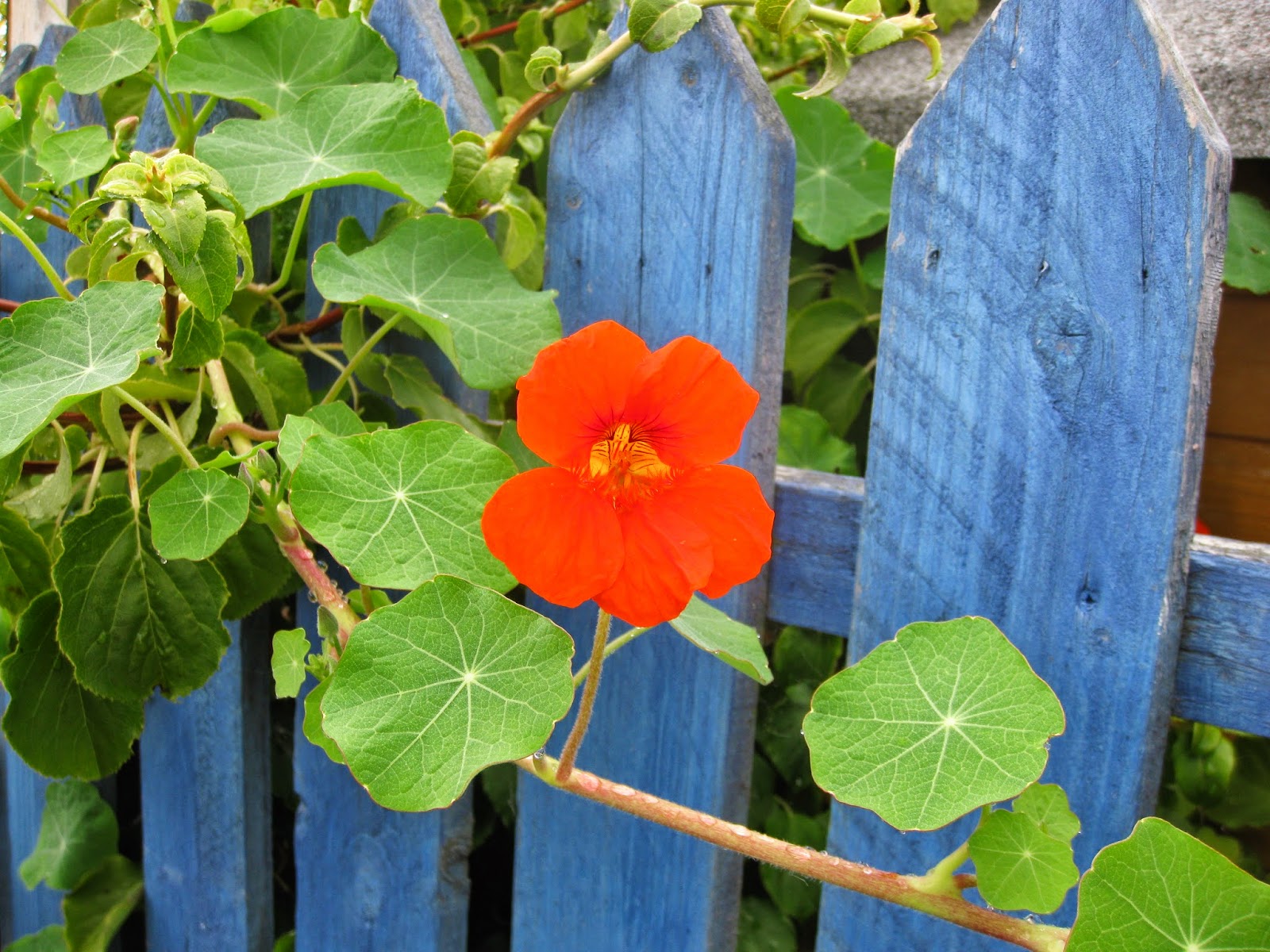 I was delighted to find some Small White, Pieris rapae, eggs dotted around the Nasturtiums. They lay their eggs singly. 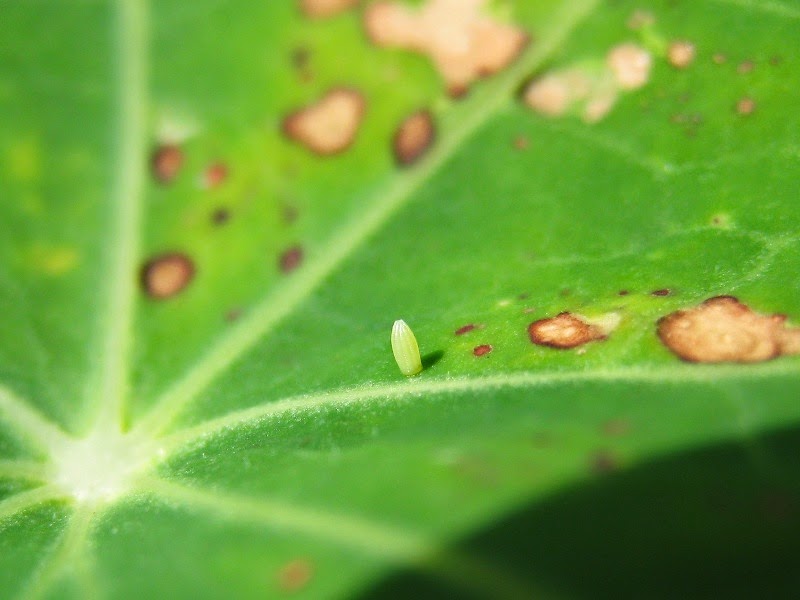 One day I noticed a Large White, Pieris brassicae, laying eggs on a Nasturtium leaf. They tend to lay their eggs in batches of about 30 or 40 eggs. It took the female butterfly about fifteen minutes to lay this lot on 27th July. 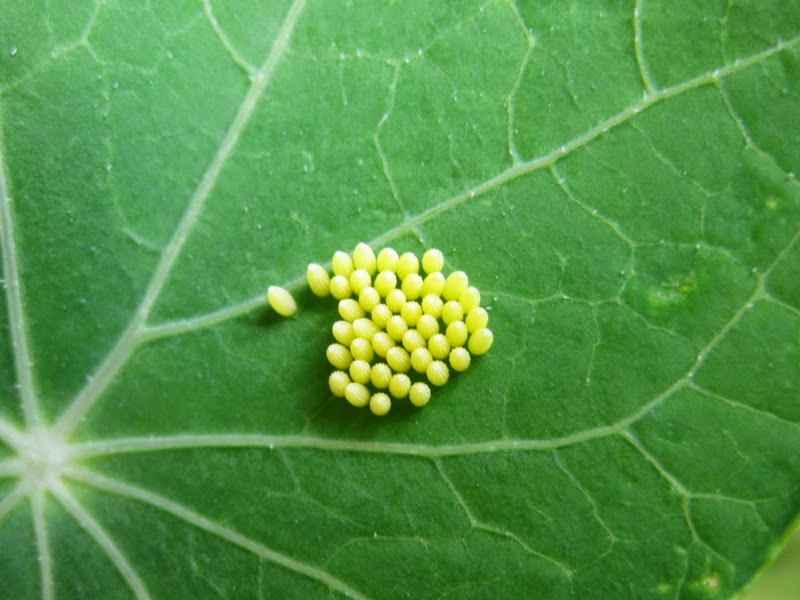 I hoped to keep a diary of the progress of these eggs, but sadly August turned out to be much colder than normal. On 5th August the eggs hatched. 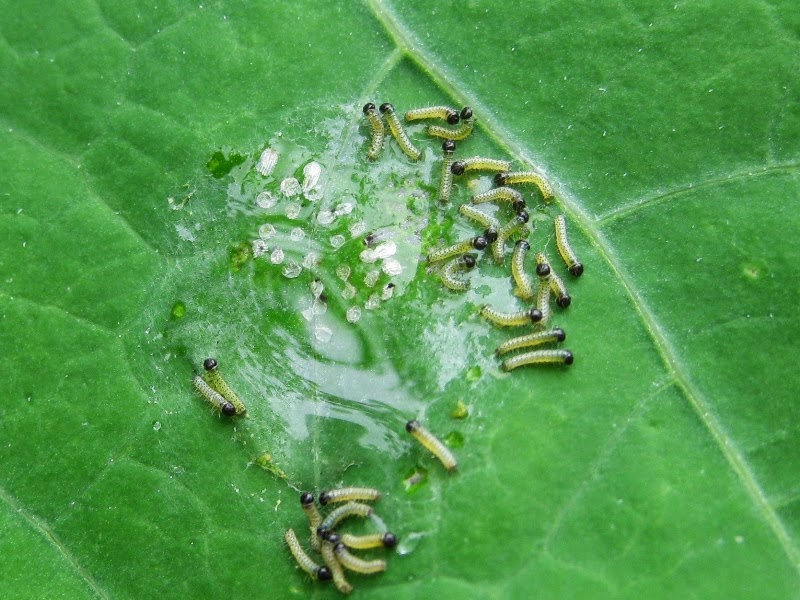 Within a couple of days the caterpillars had chewed a hole in the leaf and they all mad their way to the underside. 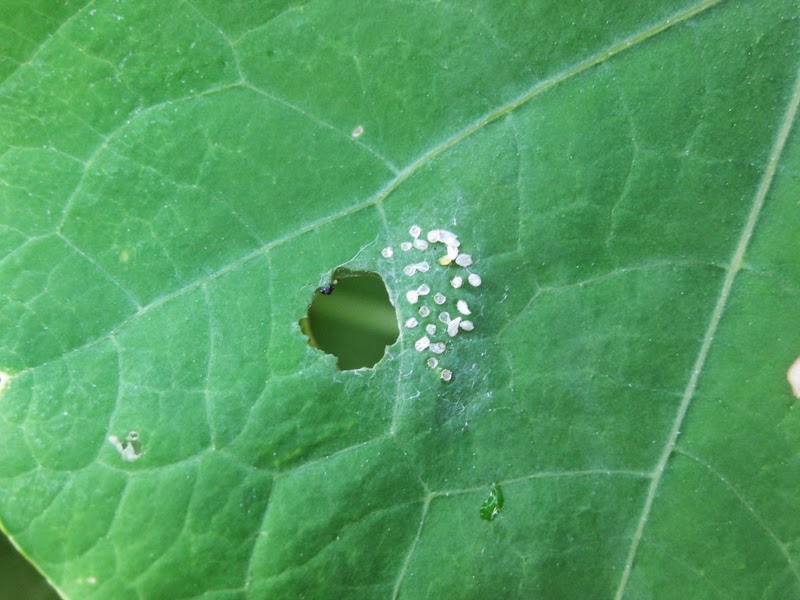 There they stayed for several days, not growing at all. This picture was taken on 23rd August. 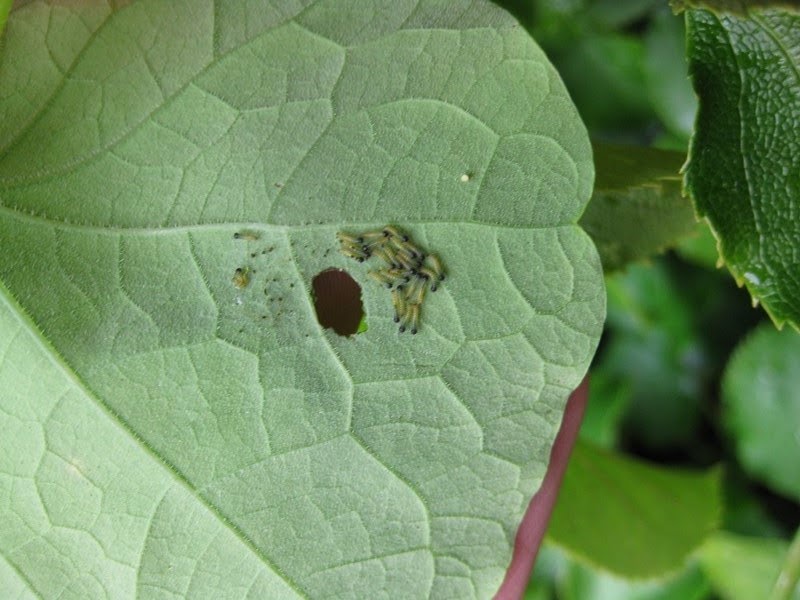 Then a few days later they were all gone. I watched several batches of eggs and they all went through the same process and sadly the caterpillars all appeared to die. Similarly, the Small White eggs hatched, but the caterpillars didn't grow. I can only assume that the weather was just too cold for them to develop.

Earlier in the year I noticed that a Garlic Mustard plant I had planted in a pot had some Large White caterpillars on it. I had planted this in the hope that a passing Orange Tip, Anthocharis cardamines, would lay an egg on it, but I was happy enough to have these caterpillars instead. 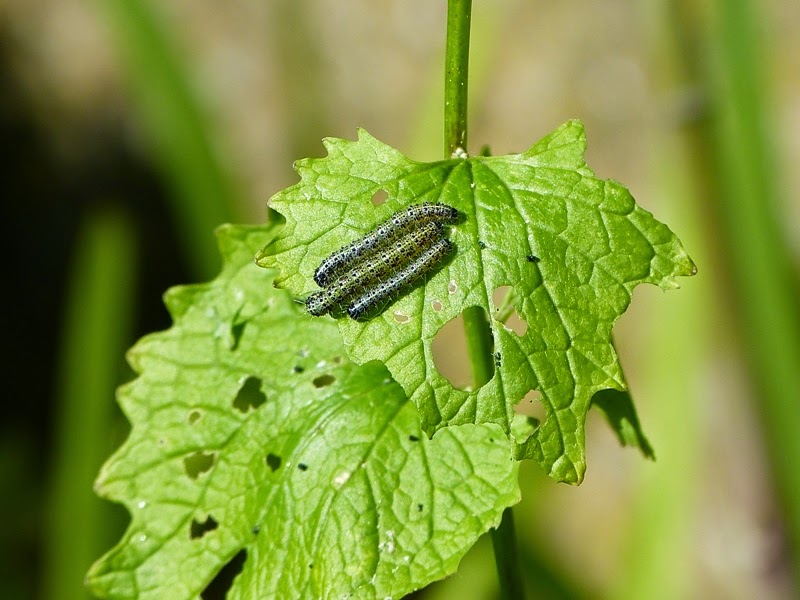 The caterpillars grew quickly, but one day I thought they were behaving a little strangely. They had all climbed to the top of the seed heads. I wondered if they were looking for food, so moved a couple of them onto fresh leaves, but they just crawled back up to the seed heads.

The following day when I returned home from work I was horrified to find that the caterpillars had all been parasitised. The next picture is a little gory. It shows the pupae of a parasitic wasp. The adult must have laid eggs in the caterpillars when they were much smaller and the wasp larvae had been living inside the caterpillars all of the time I had been watching them. They appeared to be quite healthy up until the day before the wasp larvae appeared. 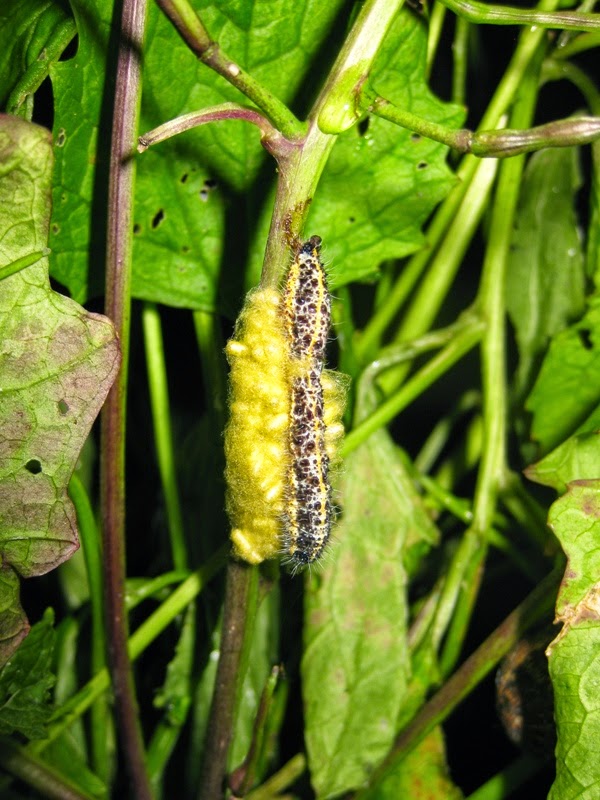 I was concerned that the number of Large White butterflies may be low this year due to the lack of success of the caterpillars that I had seen. Happily I have already seen a couple of Large Whites this year, so hopefully they did better elsewhere.

What perils these caterpillars go though in their short lives. Hopefully they will have more success this year. I will keep my eyes on the plants in the garden and report any good news stories!

Three weeks ago the manager of a large local estate kindly lent me the keys for an old abandoned castle, after I had told him about the hibernating butterflies I had found around East Lothian. This is a magnificent building, now derelict, with parts of it dating from the 1400s.
I had a quick look in one of the outbuildings and found one Small Tortoiseshell, Aglais urticae, on the ceiling and, sadly, a lot of wings on the floor. 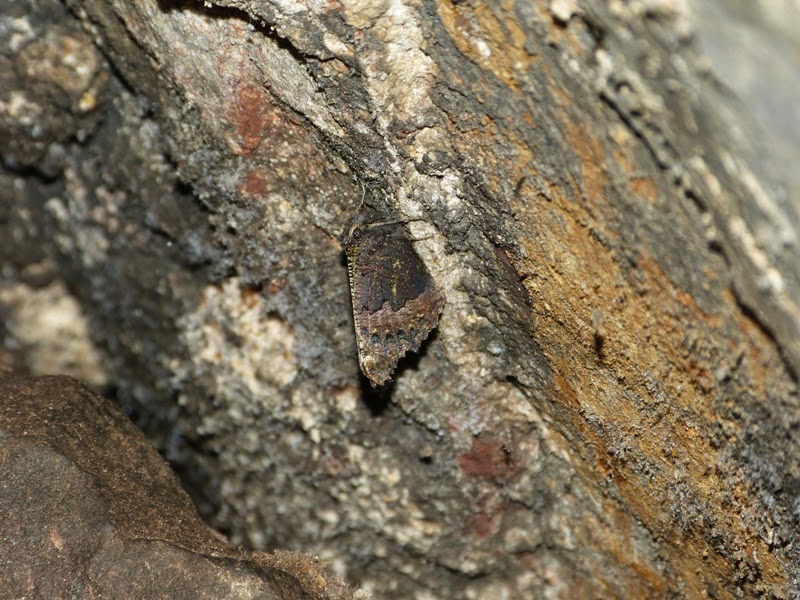 I had a little difficulty opening the door into the castle due to a build-up of debris from the local pigeons. I ended up climbing up through a window and clearing the ground behind the door to allow my friend to get in. Inside we were a little disappointed to find that there were very few rooms with roofs. 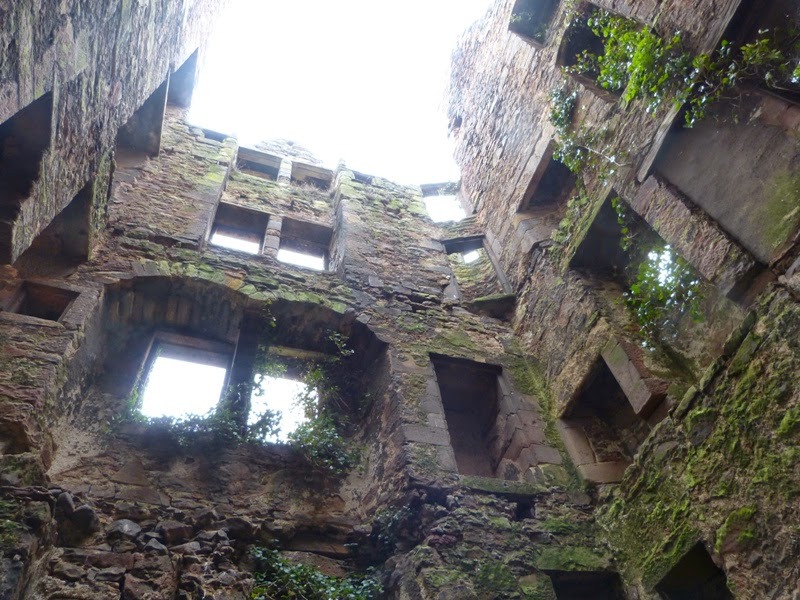 However, we noticed a room with a vaulted ceiling that looked very promising, but it was about ten feet above ground level. 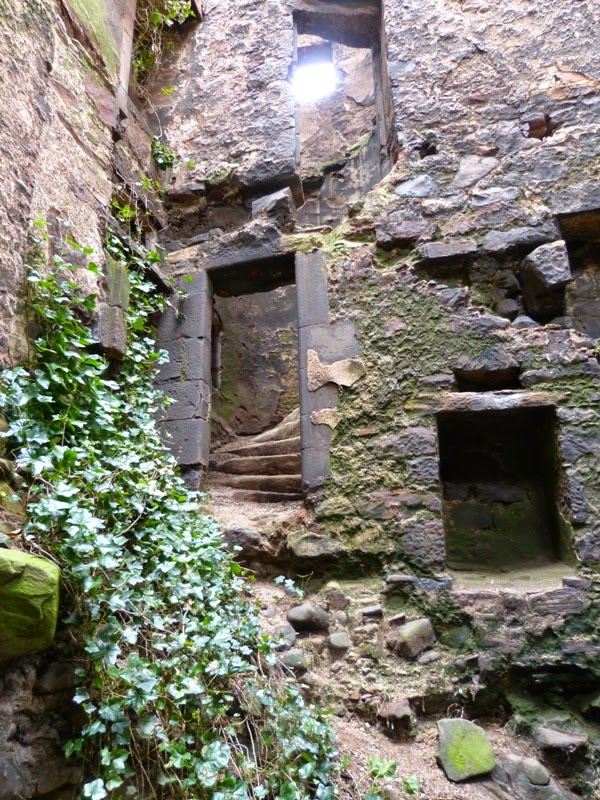 I managed to borrow a ladder from a local business and climbed up into the room. 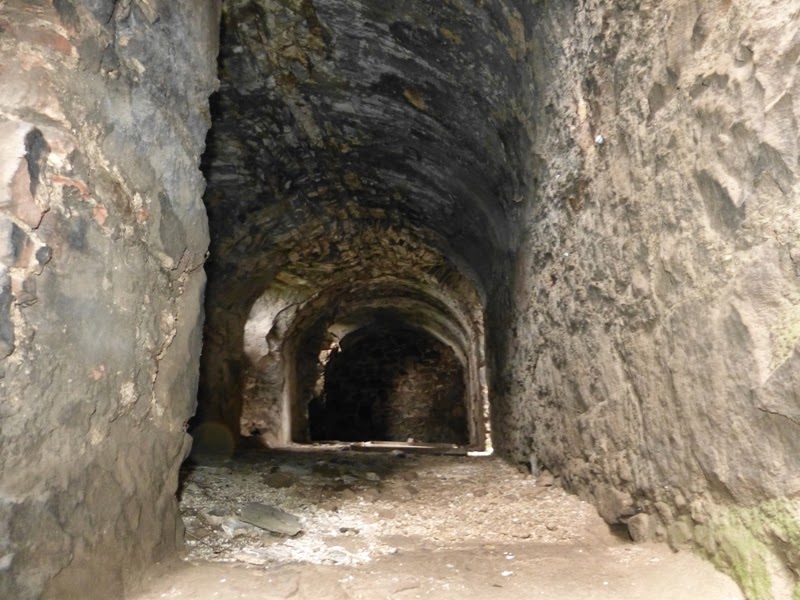 At the far end, in a little nook, I found two Peacock butterflies, Aglais io, sheltering. Again, they were away from any direct light and sheltered from the wind. I found another behind some old lime mortar that was pealing away from the wall. 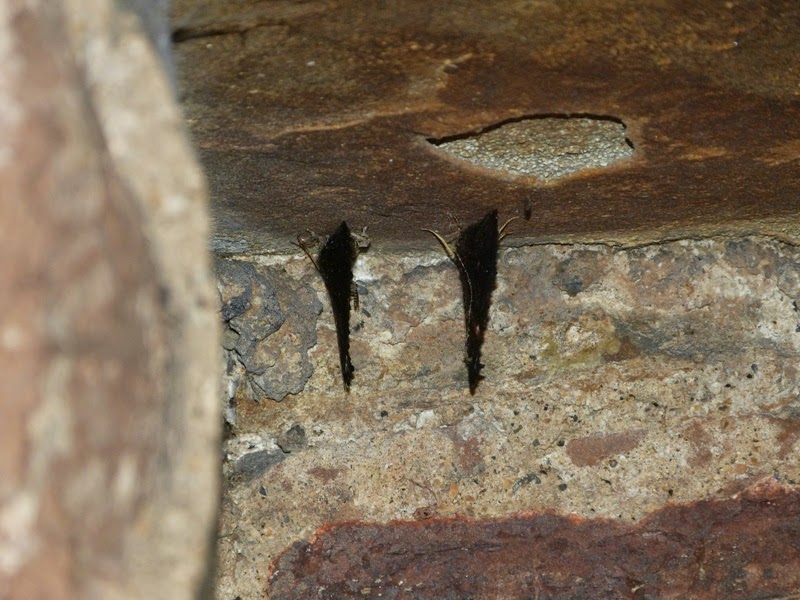 We were left a little intrigued, as there is a garden centre close by where there are hundreds of butterflies seen in the summer. Then I had a look up a tall chimney and saw eight or ten Peacock butterflies in the section I could see. There were probably more further up, out of sight.
We then found the perfect place, but unfortunately we couldn't get into the room to have a look. It was a basement directly below the room with the vaulted ceiling. There was a small window opening with a shaft down into the room. I could see another room off the main room, which would be the ideal place for butterflies to hibernate. The door into this basement also had debris built up behind it and I didn't want to risk breaking the door, trying to open it. At least I think I know where the butterflies were all hibernating!

We have had two beautiful days in a row now, so all of the butterflies are wide awake. I walked my transect for the first time today and I was delighted to see two Commas, Polygonia c-album, six Peacocks and six Small Tortoiseshells. Those are the three species that over-winter as adults here. I didn't manage to find any hibernating Commas, so that will be next winters mission!

In a coupe of weeks I should be seeing the first white butterflies and that is when I consider the season has really started!