The Ringlet, Aphantopus hyperantus, is a medium-sized brown butterfly that occurs in much of northern Europe and temperate Asia. In the UK it has been extending its range north and west over the last few decades. A distribution map from 1970 shows the butterfly occurring mostly in the south of the UK, with a few scattered colonies in southern Scotland. 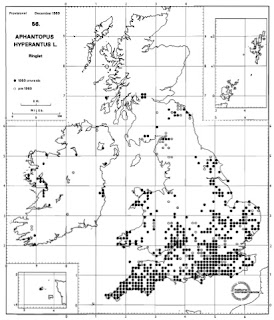 This map was taken from the Provisional Atlas of the Insects of the British Isles, produced by the Biological Records Centre in 1970.

And the map below is from the UK Butterflies web site showing the current distribution of Ringlets. 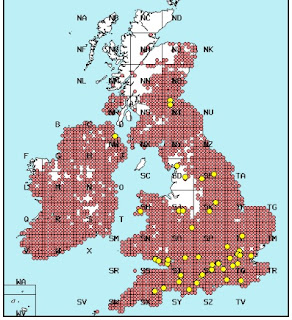 My boss tells me that when he was working as a countryside ranger in the 1970s it was rare to see a Ringlet. These days, at this time of year, they are definitely the most commonly seen butterfly here. 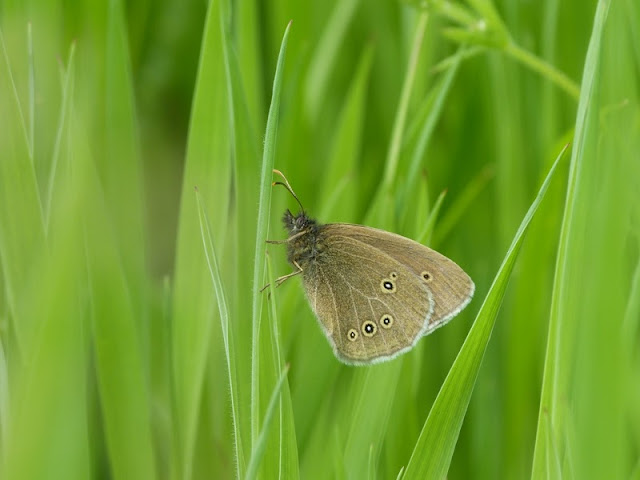 Ringlets tend to favour damp, sheltered grasslands. They spend much of their time roosting in the grass with their wings closed, or basking with their wings open, absorbing the sun's rays. They have a lazy, floppy flight and don't go far when disturbed. Their dark colouration means that they quickly warm up and they are able to fly in cooler, overcast conditions.

This species spends most of its life as a caterpillar. The female lays the eggs whilst flying over grass in July or August.The caterpillar eats various species of grasses and the adult butterfly only lives for a couple of weeks.

Although I find the markings on Ringlets very attractive, I tended to think of them as little brown butterflies that were all the same. This year I looked a little more closely at them to see if I could spot a difference between the markings of the males and females. I think it is generally recognised that the males are darker and smaller than the females and they tend to have fewer dots on the upper wings, but I didn't realise that they were so variable. 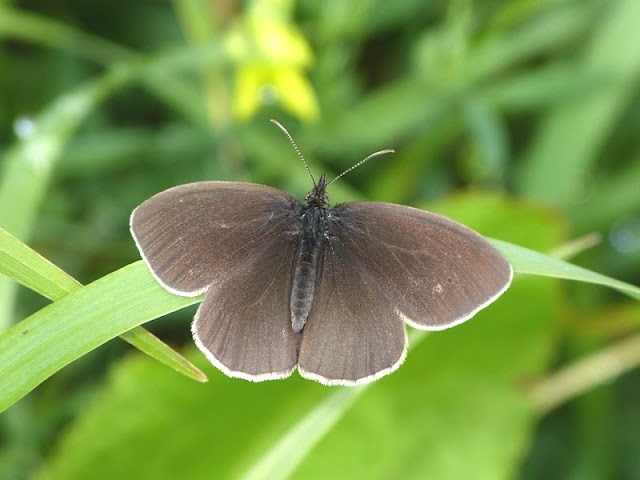 This was the butterfly that started my quest. Other than some damage it has no markings at all on its upper wings. 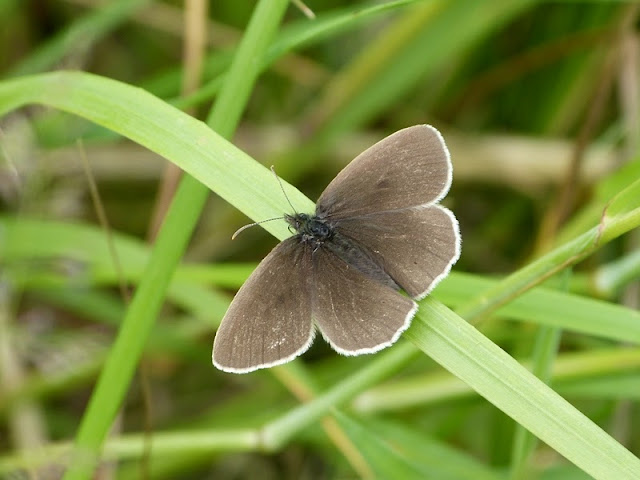 This one has the faintest of markings on its hind wings. 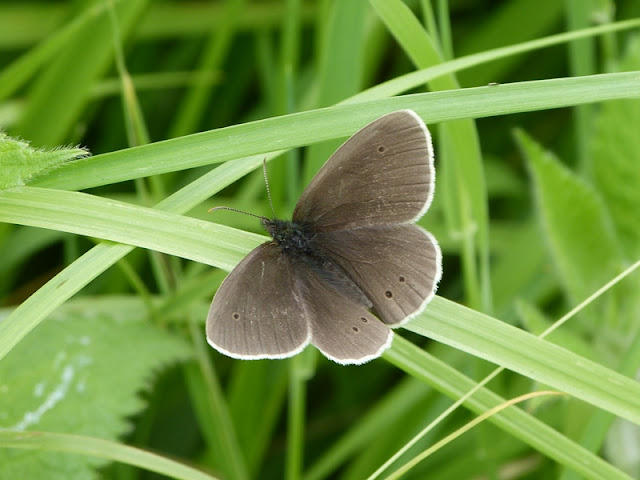 One dot on the fore wing and two on the hind wing. 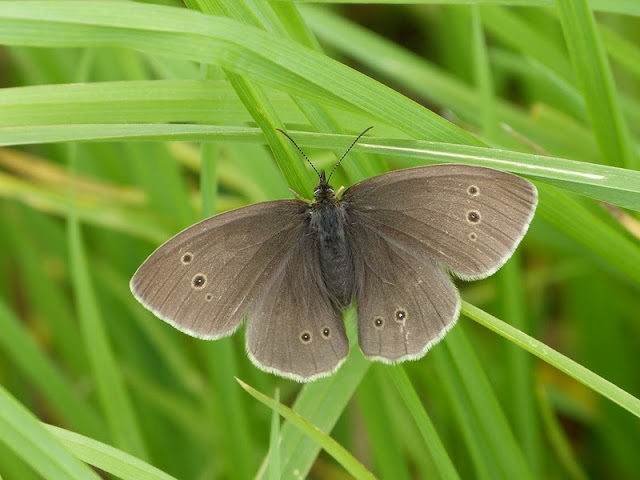 And this female has three well formed ocelli on the fore wing and two on the hind wing.

I watched her for ages, waiting for her to close her wings, but she was intent on basking in the sun. 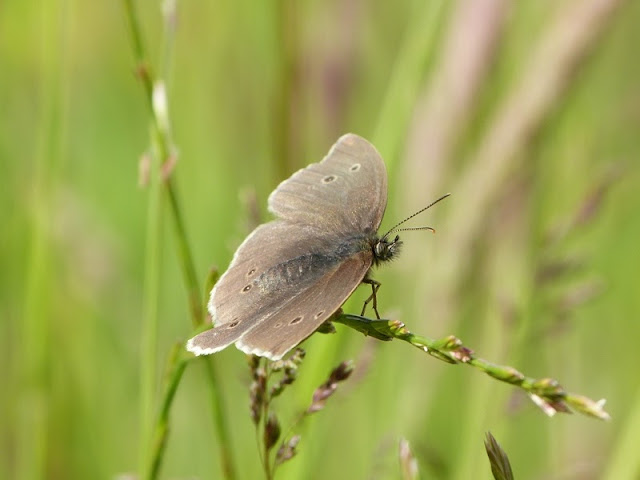 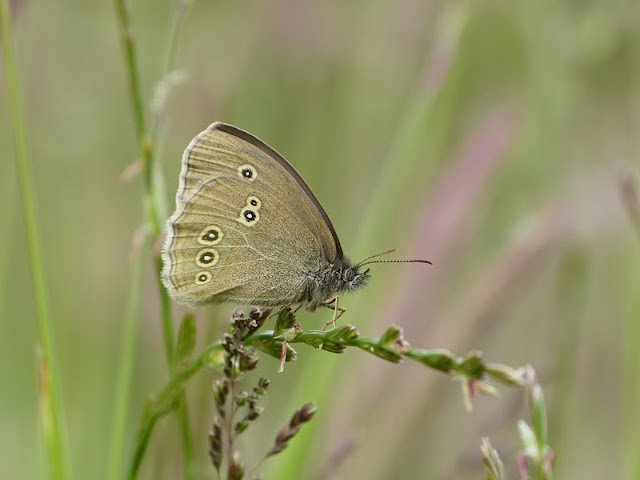 The underside of the wings turned out to be just as variable. She has slightly elongated ocelli. 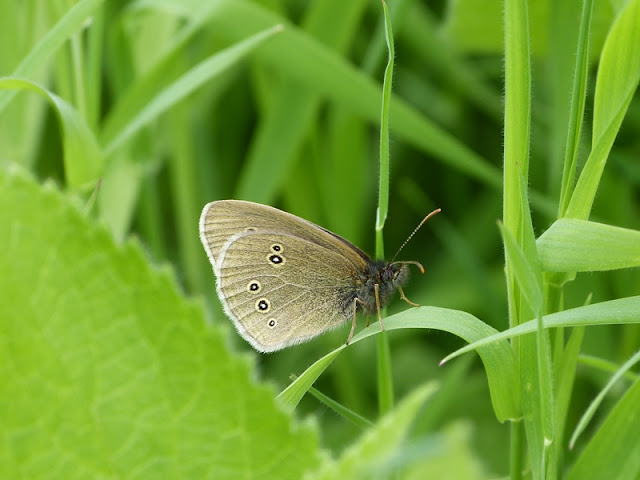 These two have fairly standard markings, although the one below has a very small third ocellus on its fore wing. 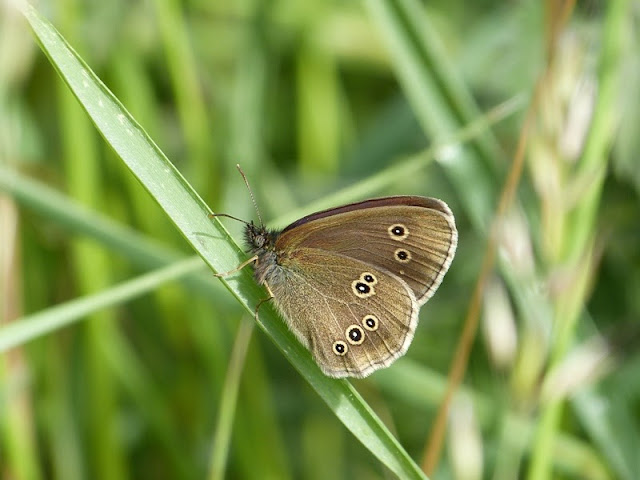 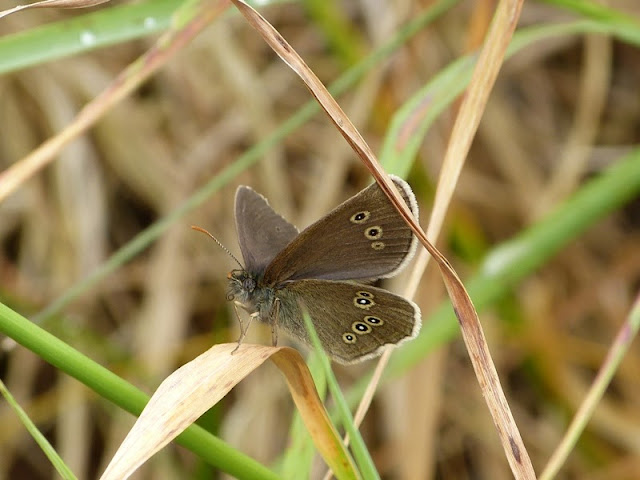 This beautifully marked Ringlet is demonstrating one of the frustrations of trying to photograph them. They always land in amongst the vegetation! 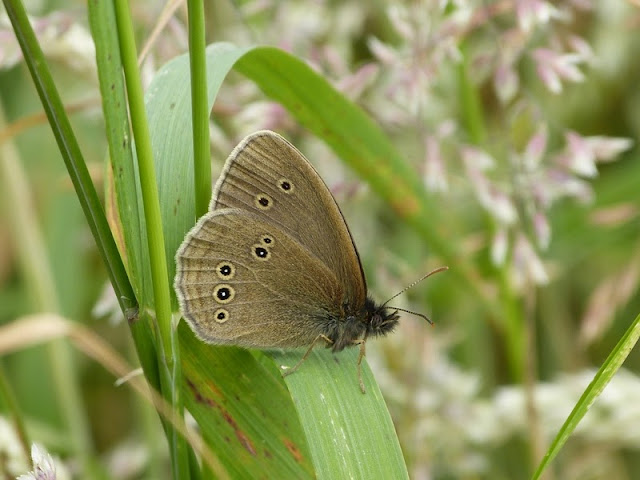 This one lacks the white central dot in some of the ocelli. 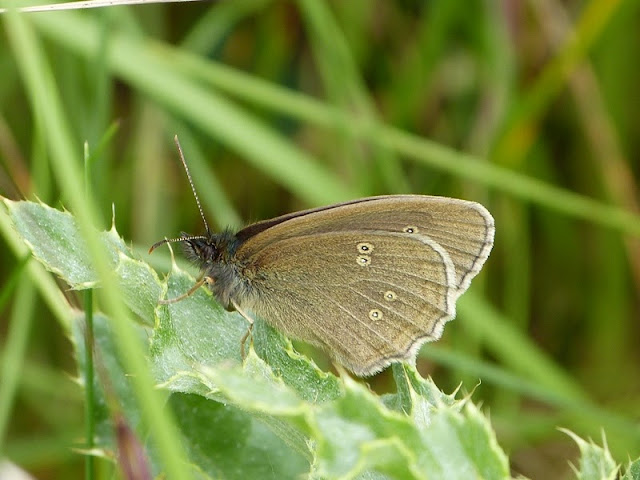 And this one has very reduced ocelli. 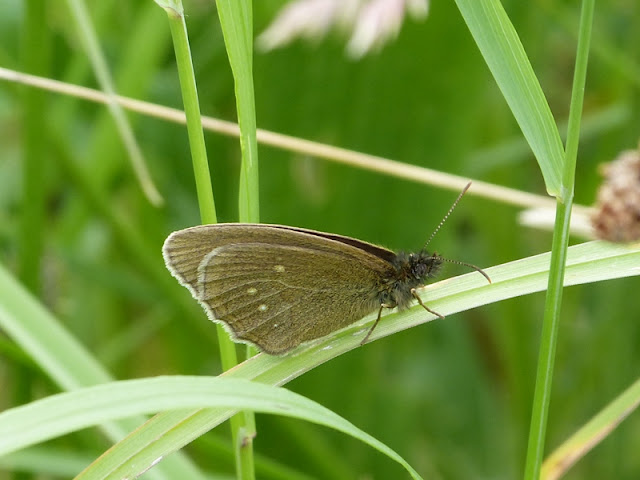 The butterfly above shows a recognised aberration called arete. This is described as having much reduced points with no encircling. As with many aberrations, there seems to be a range of difference from the norm, and I wonder where you draw the line between reduced markings and this aberration.

When I was looking for Small Pearl Bordered Fritillaries recently I came across this next Ringlet. It is quite unlike any I have seen before. 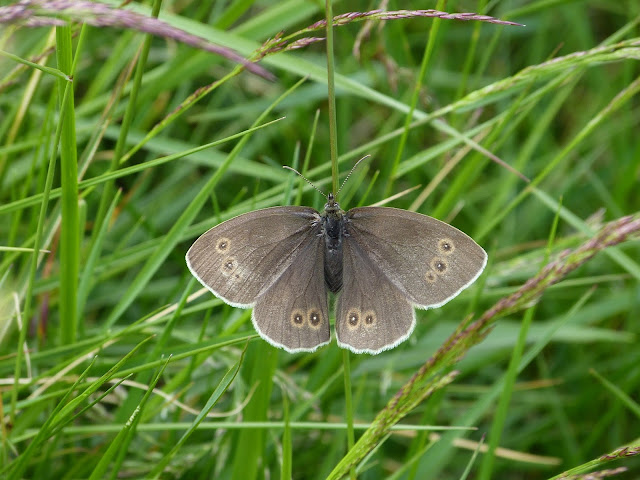 The top side seemed a little lighter than normal and the ocelli were quite large. However, it was the underside that looked unusual. 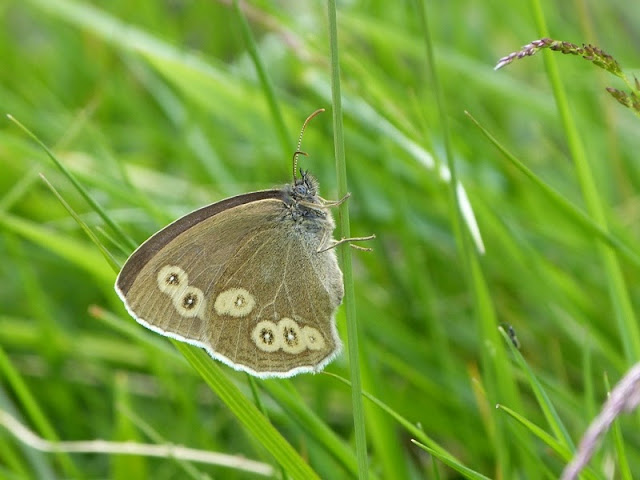 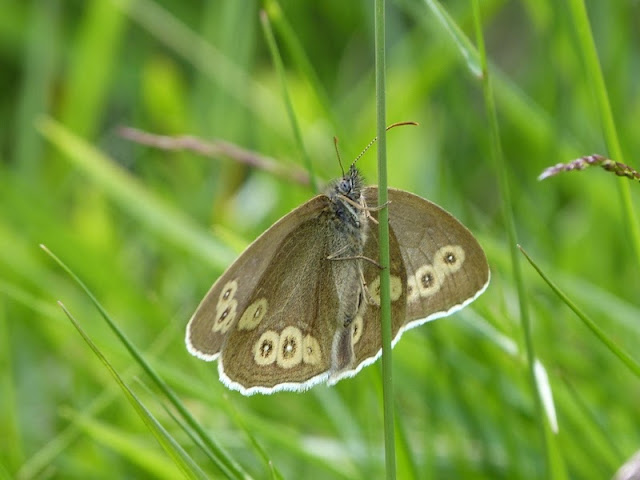 I have been told that this is an aberration called chrysophalarus.

I will no longer consider Ringlets to just be little brown butterflies. They seem to be infinitely variable and well worth having a quick look at to check out their markings. It is funny how I have taken this common butterfly for granted in the past!