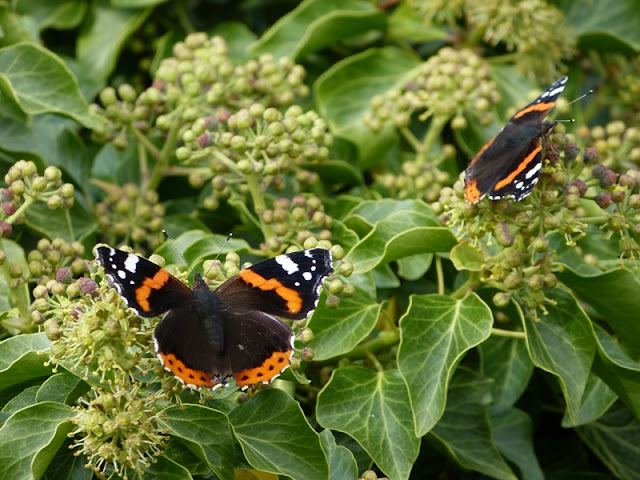 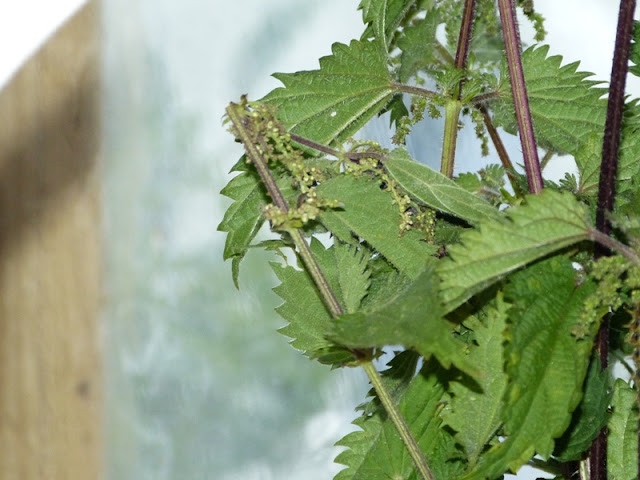 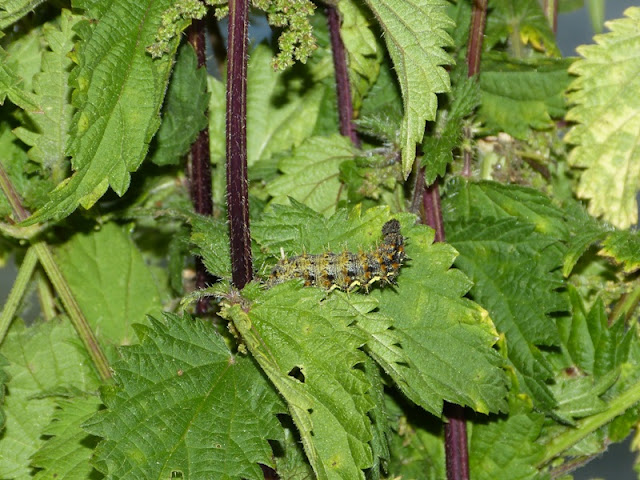 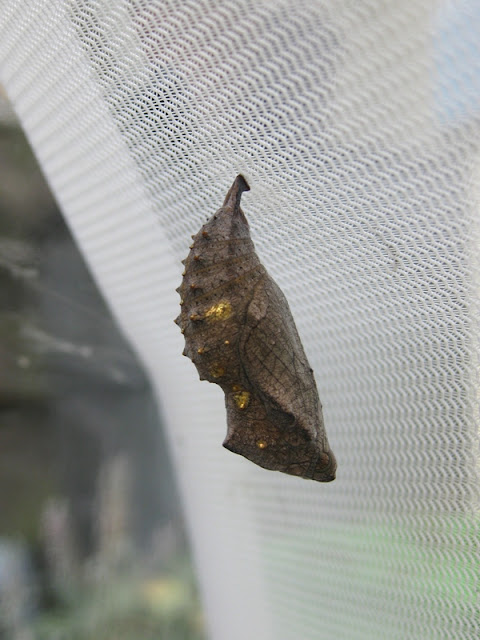 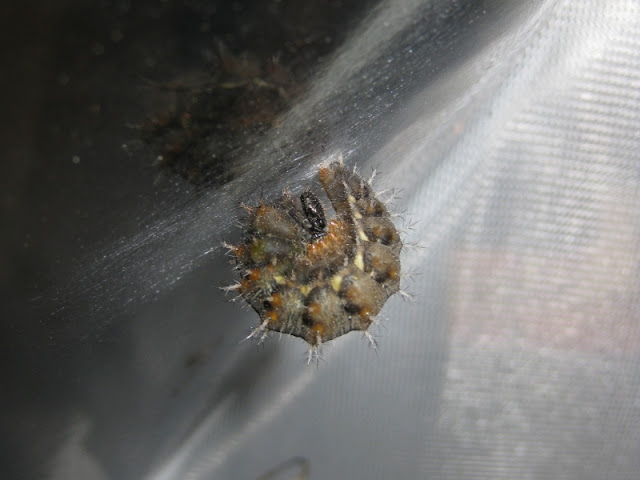 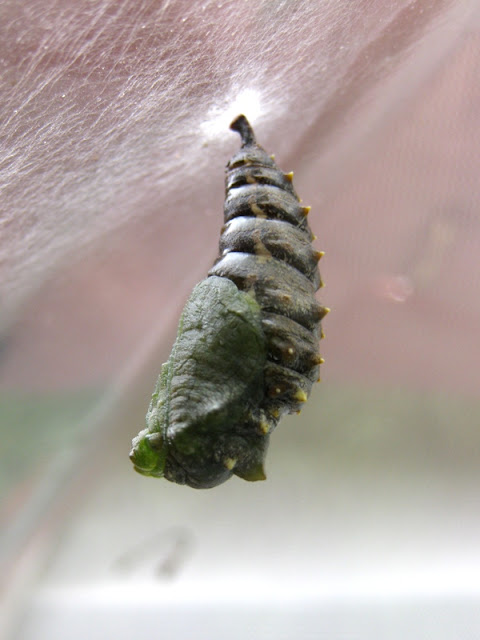 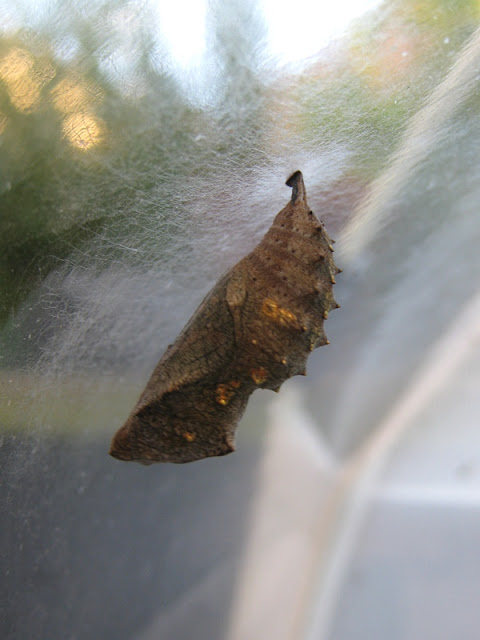 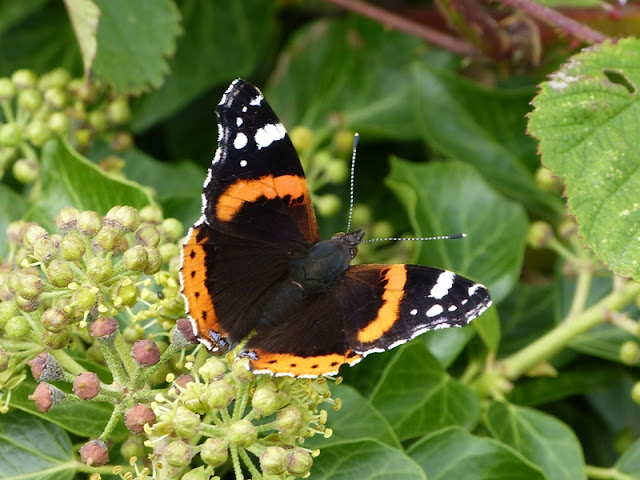 The Peacock butterfly is reasonably common here in East Lothian. They over-winter as adult butterflies, seeking out dark places, such as old sheds and buildings, or deep in log piles in which to hibernate. 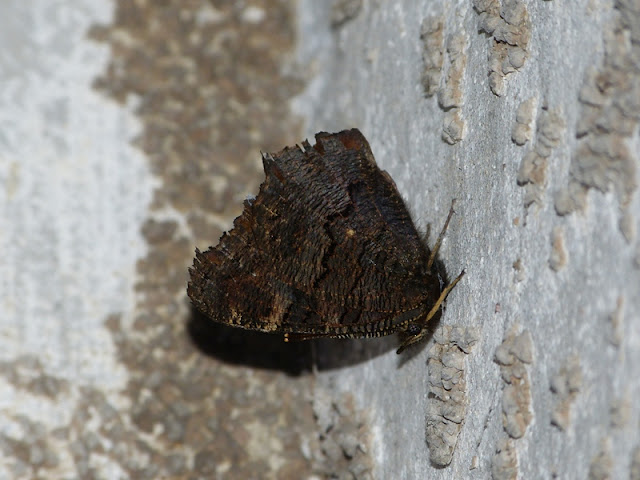 They are often the first butterfly of the year to be seen, appearing on a sunny day in February or March. The adults go on to breed and lay their eggs in large clusters on the underside of nettle leaves in May or June. Depending on the weather the eggs will go on to hatch about two weeks later. The caterpillars will take about four or five weeks before they pupate. They will remain as chrysalises for somewhere around two to four weeks, depending on the temperature. 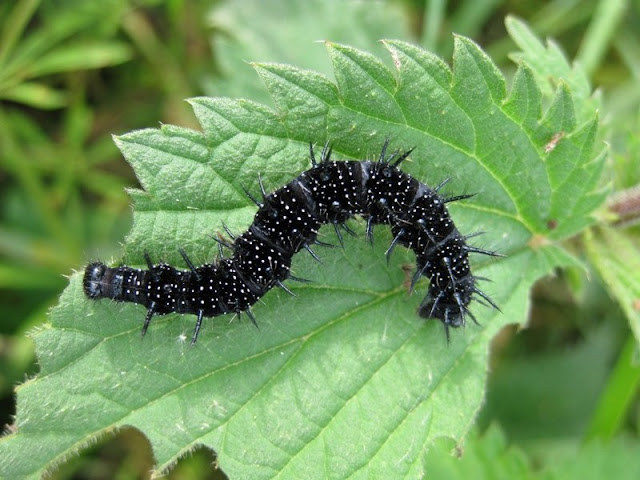 So, there is one generation of this butterfly each year. The adult butterflies emerge here in August and their numbers peak around the middle of the month. They slowly reduce in numbers as they start to hibernate and by October we only see the odd sighting. However, after hibernation these same butterflies will be on the wing until June the following year. So, potentially, an adult can survive for up to ten months.

Last year I found an enormous group of caterpillars in a patch of nettles in a field where I walk our dog. I estimate that there must have been over 200 caterpillars there. I took this picture with my phone on 19th July, just as the weather took a turn for the worst. 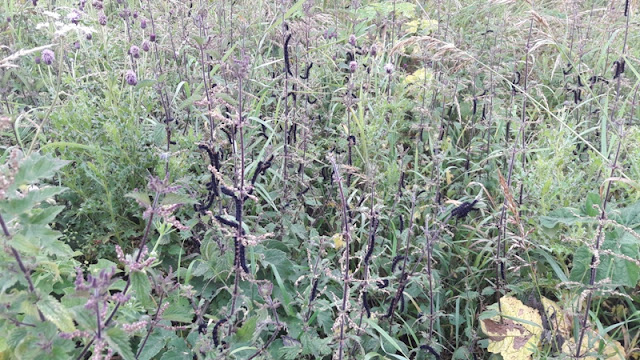 The following day (the 20th) I collected three caterpillars and put them on some nettles I had picked, which I placed in a cage in the garage next to the window. They were at least out of the rain and protected from predators.

By the following evening, they were all hanging upside down from the nettles, looking as though they were about to pupate. They remained like that all day on Saturday 22nd, which was particularly wet and cold. 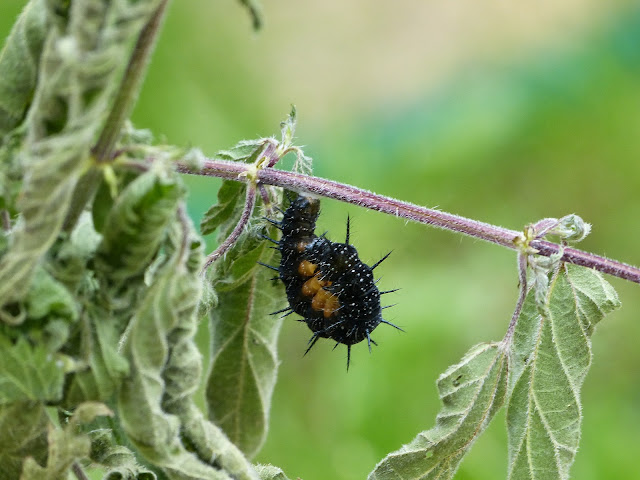 On Sunday morning, when I took a look, they had all turned into chrysalises. 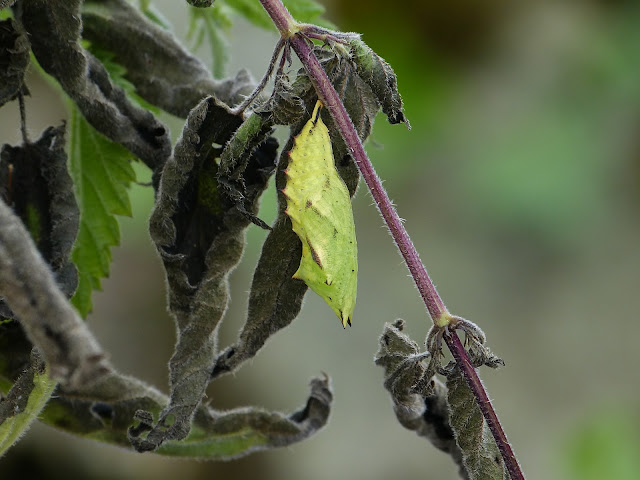 I had to wait for 24 days for my three chrysalises to emerge into butterflies on 15th August. I took the picture below before I went to work. You can see the pattern of the wing showing through the chrysalis. 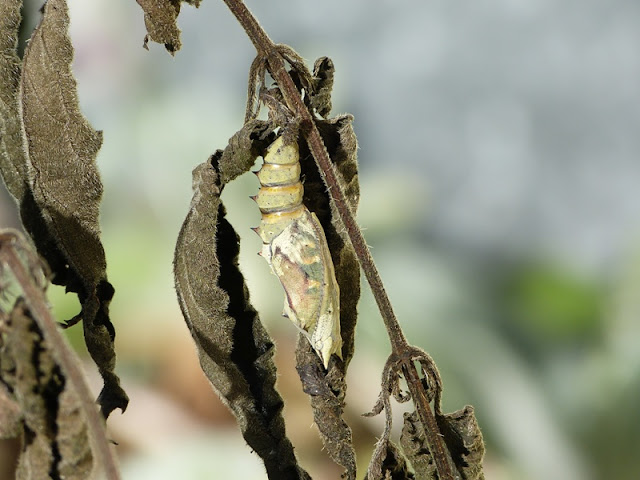 And when I arrived home later that day, I was lucky enough to see the butterfly that had emerged. 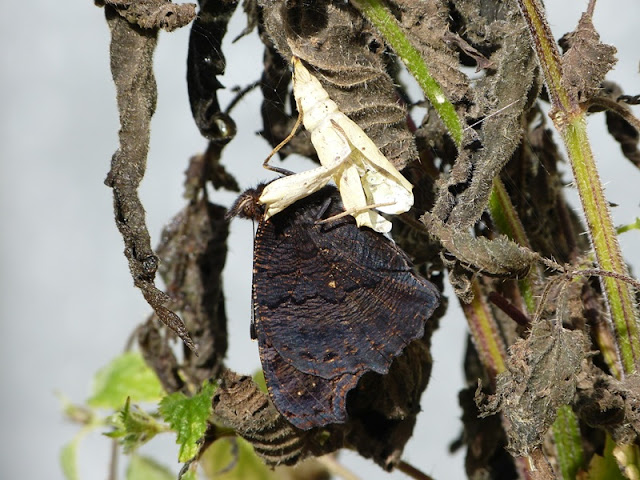 The under-side of their wings is really well camouflaged among the dead nettle leaves, unlike the upper-side which is so beautiful. 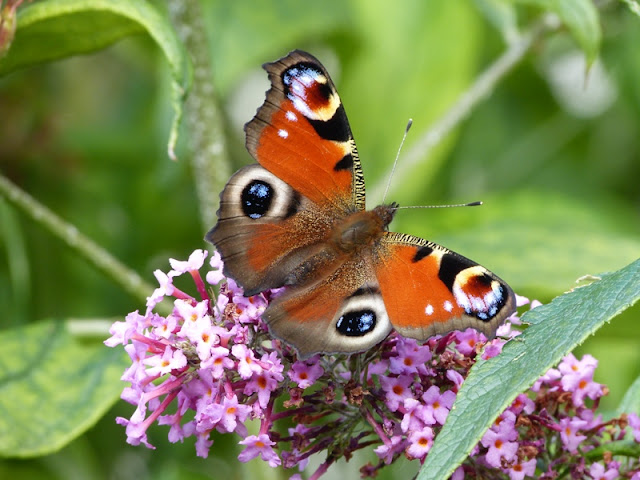