Things have been rather hectic for me this last year, or so, and I haven't been looking after my blog as I should! I have still been out and about looking for butterflies, so I have some stories to tell. I am also hoping to start a new page on my blog about my father's house in the Scottish Borders that we inherited last year. We hope to move there in a year's time, but have a few changes we wish to make, as well as great plans for the place.

So, to get me started again here are some pictures of Small Blues, Cupido minimus, that I took back in June on my annual trip down to Burnmouth on the Scottish Borders coast. 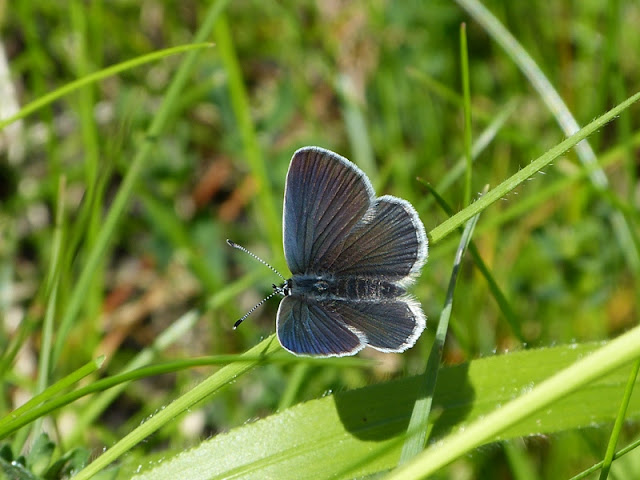 They are our smallest UK butterfly. They lay their eggs on Kidney Vetch, but don't occur up here in East Lothian, even though Kidney Vetch grows here. 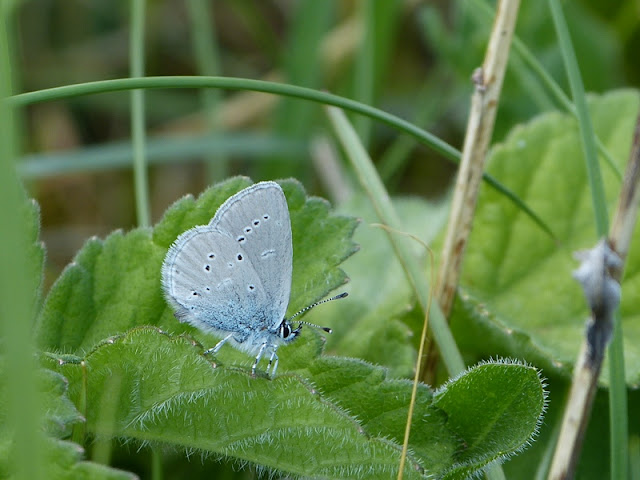 While we were there we also found a few Large Skippers, Ochlodes sylvanus, a butterfly that has recently moved up to East Lothian, although I haven't seen any here this year. 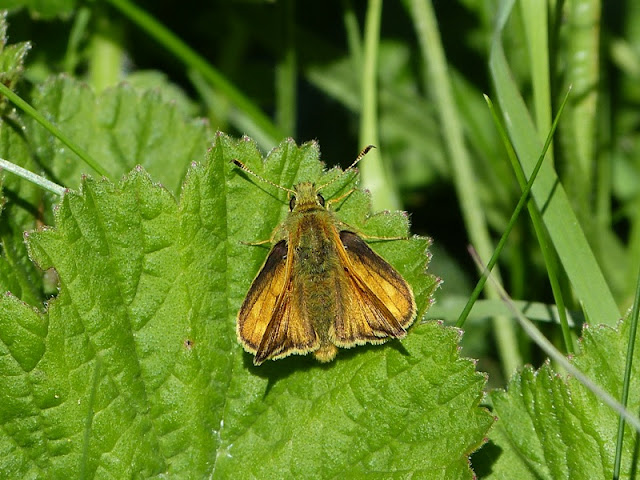 We saw a few other butterflies while we were there. This rather worn Painted Lady, Vanessa cardui, has probably flown in from Europe and was enjoying a rest. 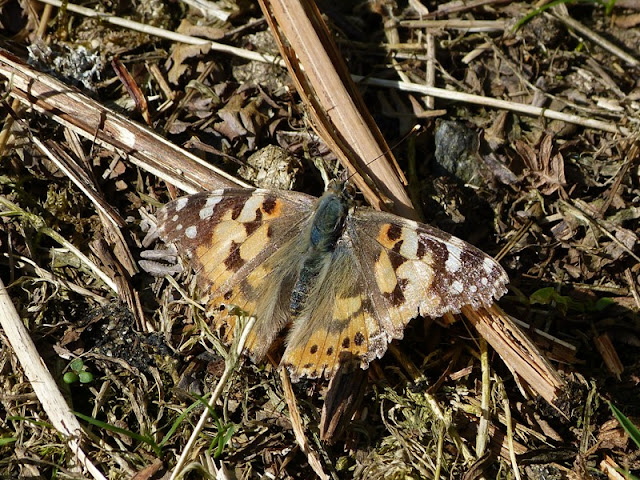 It was pleasing to see the coastal slopes were in better condition than when we visited last year. Then there had been weeks of easterly winds, which seemed to have dried out the vegetation, including the all important Kidney Vetch. This year it was growing nicely, so hopefully the Small Blues will benefit and be around in good numbers when I visit again next year.