The Small Copper isn't a butterfly that is normally seen in large numbers, most often being seen individually, as males aggressively defend their territory or chase after females. In 2018 there were regular records of more than ten being seen. It was certainly the best year I can remember for Small Coppers. The first record was on 8th May and they were seen through to 2nd November. The most exciting news is that that we had a very obvious third generation in 2018, which we haven't previously seen here. 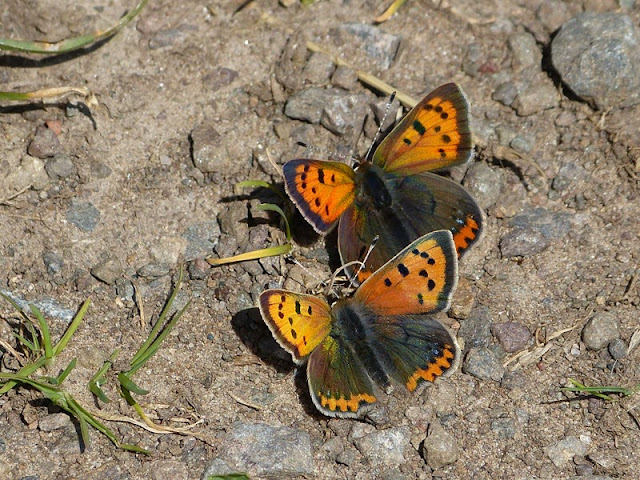 Wall Brown, Lasiommata megera
The first record of a Wall Brown in 2018 was on 11th May. The Wall Brown has continued to increase in numbers year on year since it was first recorded here in 2010. As with many other species, the spring population did pretty well, but it was the second generation that did particularly well. In previous years we have found the odd pioneering individual exploring further afield, but this year there did appear to be an expansion of the range of this butterfly with it being found in numbers at various sites where it hasn't previously been recorded. 
The Small Heath seems to have two overlapping generations a year, although it is not really possible to separate the two generations. There also seems to be quite marked differences between different sites, and in my experience those in John Muir Country Park appear to finish quite a few weeks before those found in Aberlady and Yellowcraig. Most years there are also a few quite fresh-looking individuals later in the season making us question if there could be a partial third generation. 2018 wasn't particularly different from previous years, with the first record being on the 18th May and the last hanger-on being seen on 23rd September. 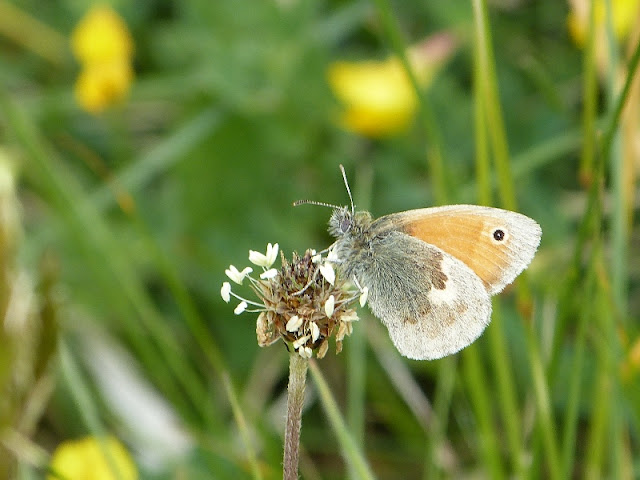 Common Blue, Polyommatus icarus
As with most other species, the Common Blue did very well in 2018. Numbers weren't dramatically higher than normal and it is interesting to speculate why some species did so much better than others. Possibly it may be to do with how their food plants coped with the hot, dry summer. The first Common Blue was seen on the 29th May and the last one was seen on the 7th September. 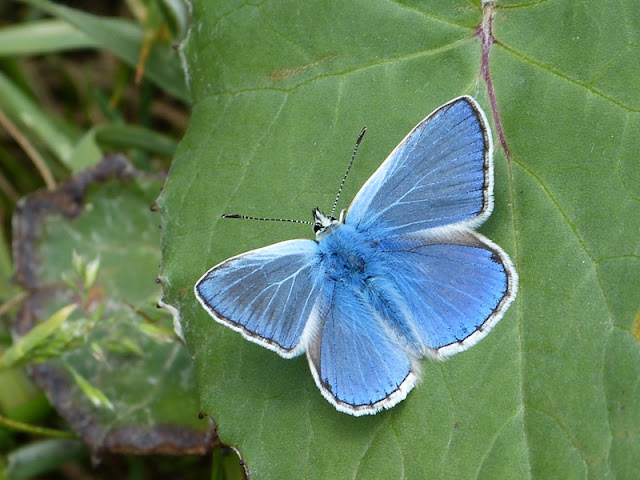 Painted Lady, Vanessa cardui
Painted Ladies were quite late to arrive in East Lothian in 2018. There were a couple of records in early June, but it wasn't until later in July that they were seen in any numbers. 2018 turned out to be one of the best years we have had recently for Painted Ladies. 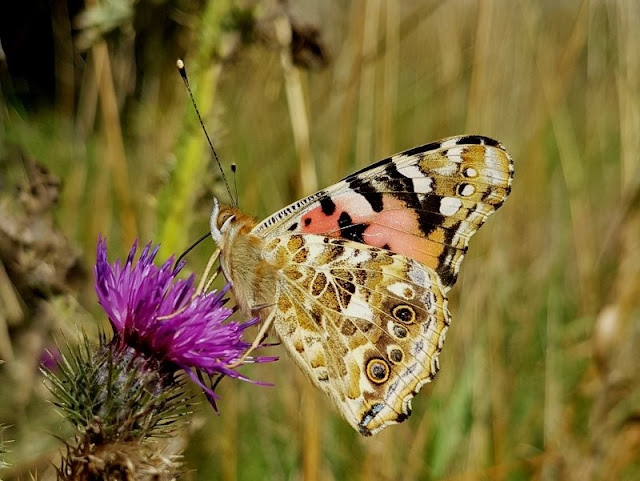 Meadow Brown, Maniola jurtina
Meadow Browns were the only butterflies that didn’t do particularly well in 2018. I think that they suffered from the poor weather the previous summer. Although numbers were higher than last year, they were lower than we would normally see. The first record in 2018 was on the 12th June and they were seen through until the 29th August.

Ringlet, Aphantpopus hyperantus
Ringlets did reasonably well in 2018, but not as well as many other species. I think they may also have been a victim of the previous poor summer. The first Ringlet was recorded on the 18th June and their short flight period lasted until the 5th August. It will be interesting to see if the great weather of 2018 will allow numbers to bounce back in 2019. 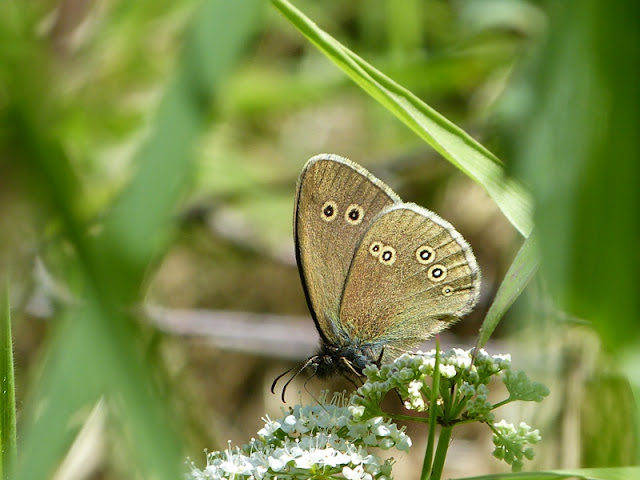 Dark Green Fritillary, Argynnis aglaja
We don't tend to see a lot of Dark Green Fritillaries and they are generally limited to coastal sites and one or two valleys in the Lammermuir Hills. Numbers in 2018 were about average, but they had a terrible year the previous year, so it was good to see them bouncing back. 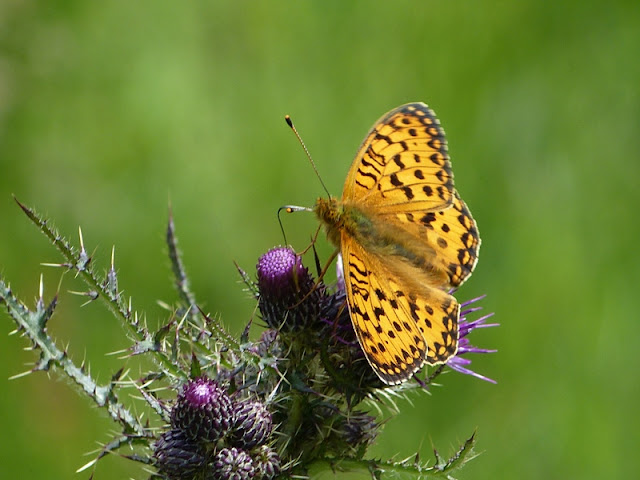 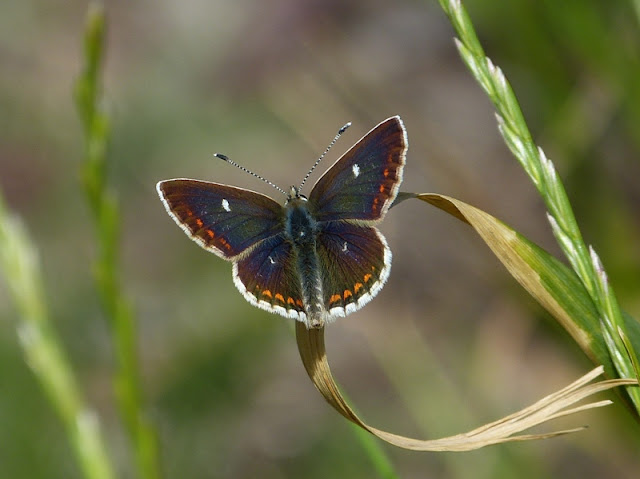 Small Skipper, Thymelicus sylvestris
The Small Skipper has been increasing in number year on year, since it was first discovered in East Lothian in 2011. Unsurprisingly, 2018 was its best year yet. They were initially found along the coast in the Aberlady and Gullane area, but in more recent years have been found in the Lammermuir Hills, lowland woodlands and various areas of rough grassland across the county. The first record in East Lothian was on 21st June and they were seen through to 27th August.

Grayling, Hypparchia semele
I am only aware of three sites where Grayling are found in East Lothian. One of these is very remote and I didn't receive any records from there this year. The other two sites are close to Prestonpans and one of these colonies is about to be lost to a housing development. There is an exciting project currently underway to create a new habitat to try to relocate one of these colonies. The first Grayling was recorded on 27th June and they were seen through to 21st August. 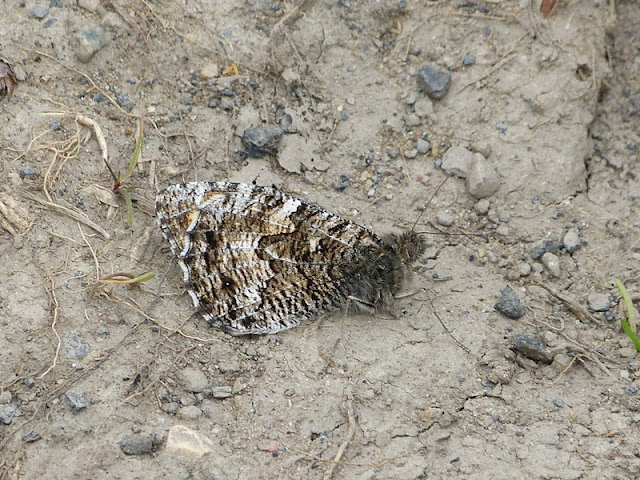 Many species were late to appear because of the cold weather, which lasted into April. It was interesting to note that the hot weather didn't result in prolonged emergence and may have shortened the time that each generation was around because they all emerged quite close together. In contrast, poor weather can extend the flight period, because butterflies have to spend time sitting out the rain, rather than flying around, potentially damaging their wings.
Posted by Nick Morgan at 21:02 7 comments: