2018 was a fantastic year for butterflies in East Lothian. The long, warm summer was a great help, although the poor previous summer probably impacted on some species. It was a bit of a slow start to the year, with cold weather continuing throughout March, including the "Beast from the East" and then a cold start to April. The warm weather arrived in mid-April, resulting a sudden explosion of butterflies! Spring populations were about average, but the later summer populations were considerably larger than we have seen for a number of years.

Below is a brief summary of how each species did. 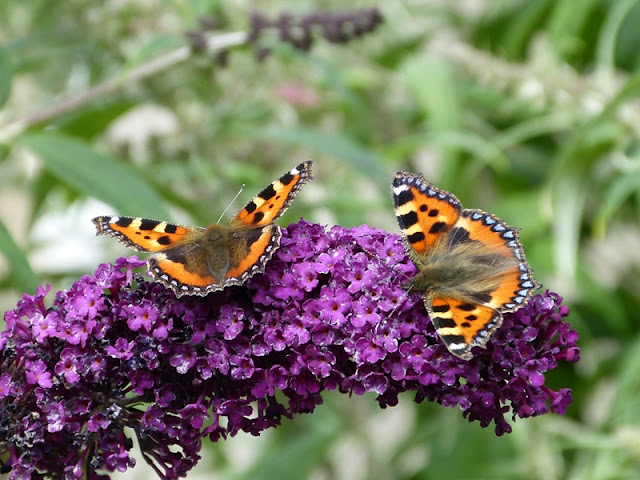 The first butterfly to be seen in 2018 was a Small Tortoiseshell, which was seen on 22nd February at Torness. I didn't receive any more Small Tortoiseshell records until April. After that they were seen regularly, but not in any great numbers. The number seen in 2018 wasn't far below the average over the last few years, but they are certainly declining in numbers. When so many other species did so well in 2018, we would have expected them to do better. Interestingly, despite the good weather some Small Tortoiseshells were found to be hibernating as early as the 4th August. 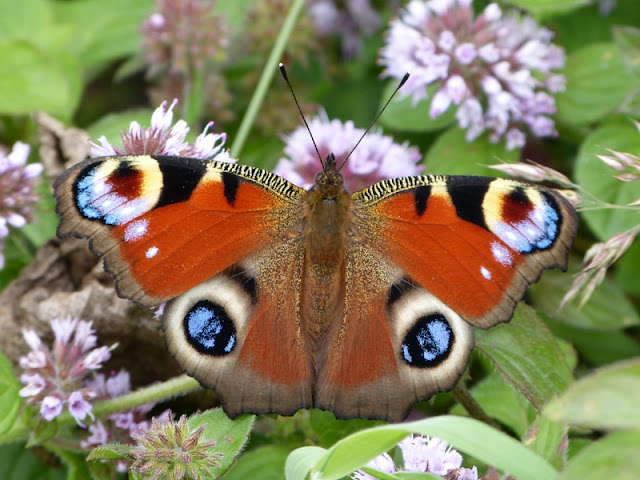 The first Peacock to be seen was on 8th March.  There were very high numbers seen towards the end of April once the weather warmed up. These were the butterflies that had overwintered from 2017. After the usual lull in numbers the 2018 generation was seen in enormous numbers from the end of July with Peacocks being seen right through into November.

Green-veined White, Pieris napi
The first Green-veined White was seen on 17th April. I had thought that there didn't appear to be very many about in 2018, but other people saw plenty. There was an enormous spike in population in late July and they were recorded in higher numbers than in any of the previous five years. I suspect that a lot of Green-veined Whites go unrecorded because of their similarity to Small Whites, often being noted as fly-by whites. 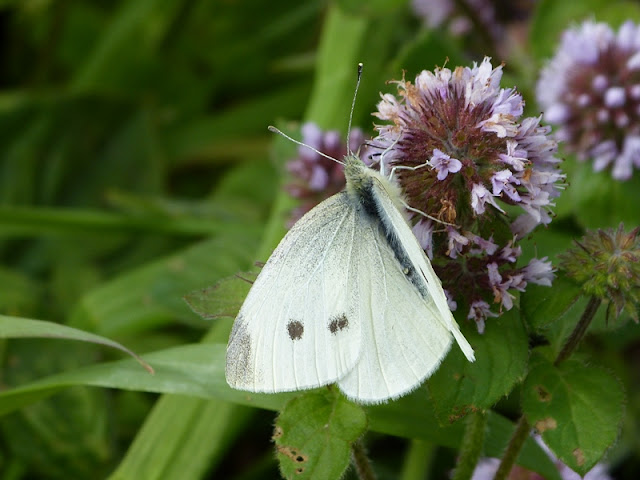 Small Whites had an amazing year. The first one recorded in East Lothian was on 18th April and the spring population was as we would normally expect. However, in late July there was a mass emergence. I remember driving from Haddington to Macmerry and seeing hundreds of Small Whites drifting across the road. I received several other similar reports that day. We ended up with records of almost 3,500 Small Whites in 2018, nearly five times the number of the previous best year. 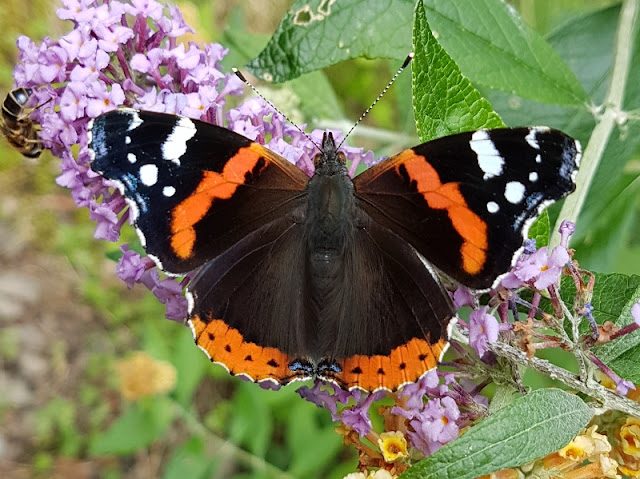 The 18th April was also the day the first Red Admiral was recorded in East Lothian. They had done fantastically well in 2017 and hopes were high that they would manage to survive the winter and be seen early in the year. However, very few were recorded until July, which is when we often get an influx of migrants. Those migrants clearly enjoyed the sunny summer and went on to produce a good summer generation. Nothing like the previous year, but still a lot more than we would normally see. 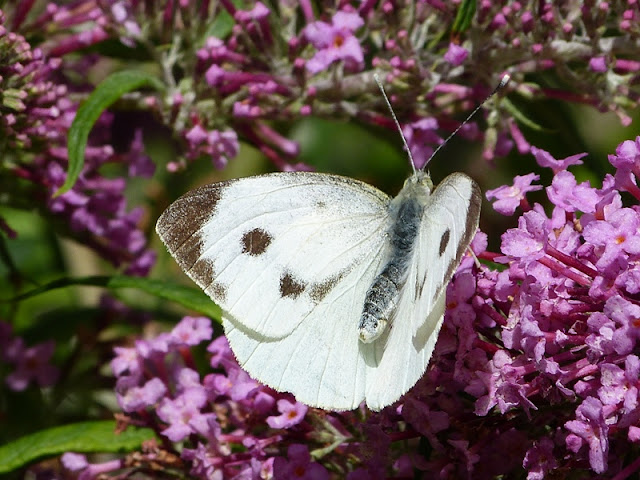 As with the previous two white species, the Large White had a fairly average spring generation, but then an enormous summer generation. The first record I received was on the 19th April and towards the end of July there was a huge spike in numbers. We ended up with about three times the number of records that we would normally receive. 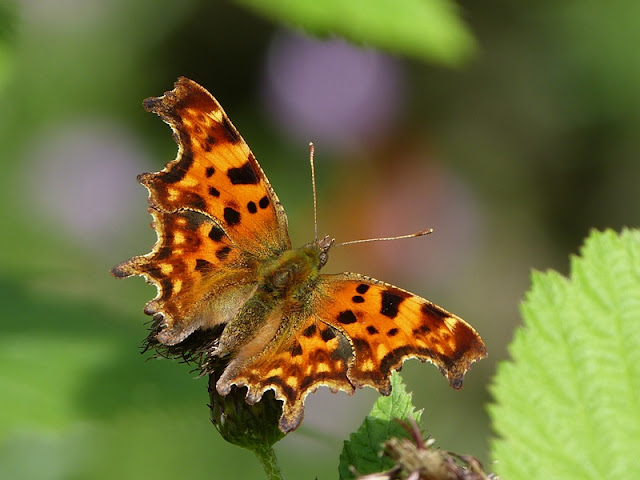 The Comma has gradually been building up in numbers since it was first recorded in East Lothian in 2001. However, the poor summers of 2016 and 2017 did them no favours and their numbers were very low for a couple of years. It was encouraging to see numbers pick up again in 2018 and with a bit of luck they will continue to do well. The first Comma was seen on 19th April, they peaked in numbers in the middle of August and were seen through until 15th November. 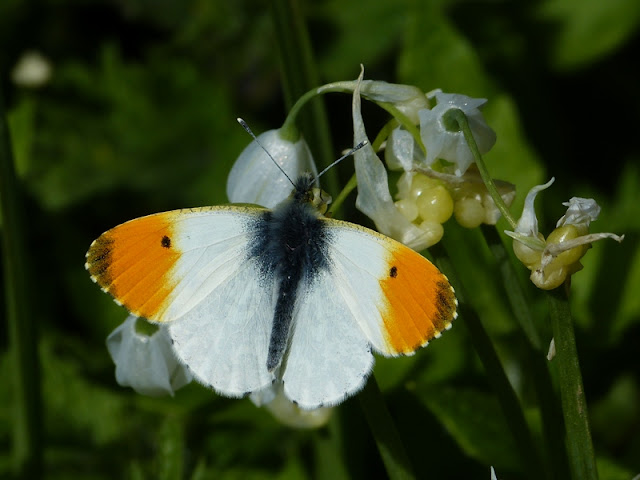 The Orange Tip is usually seen in reasonably consistent numbers. However, in 2018 we had more than double the usual number of records. The first record was on 20th April and they were seen until the middle of June. However, there was one very late record on 22nd July. It is interesting to speculate why that individual emerged at that time. Presumably it was a late emerger, rather than a second generation. 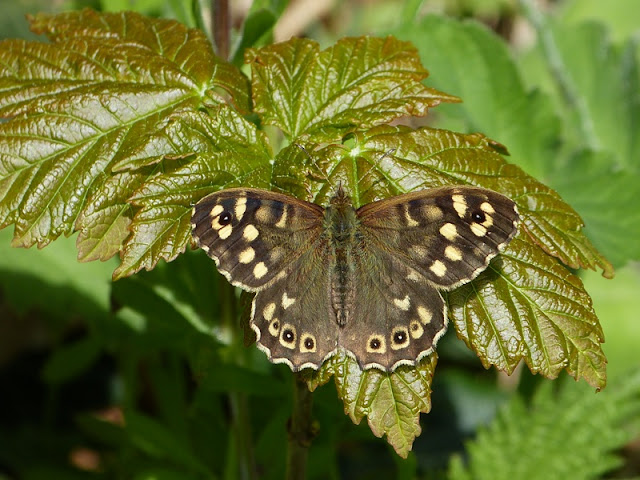 2018 marked the tenth year of the Speckled Wood being recorded in East Lothian. During that time it has expanded its range to almost the entire county. 2018 was its best year yet and interestingly it was the spring population that did particularly well. The first record was on 24th April and they were seen right through until 25th October. 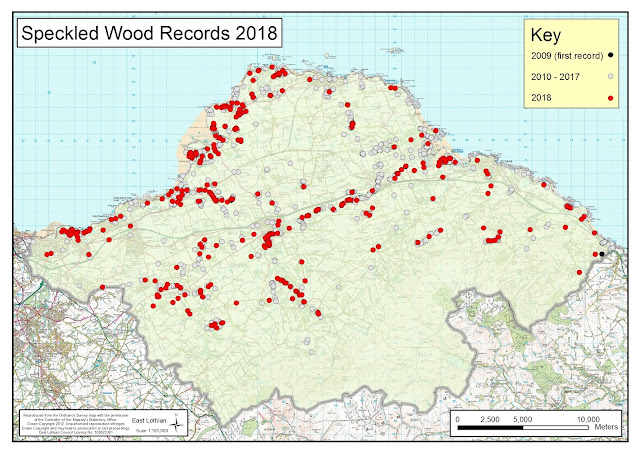 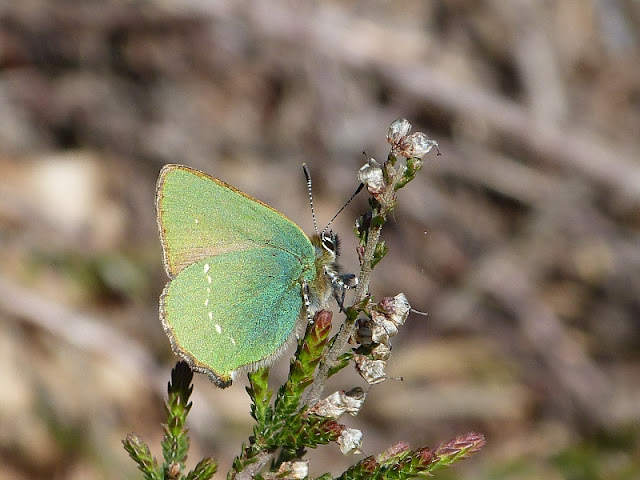 Green Hairstreaks live in a few scattered colonies around East Lothian. It is difficult to know how well they did overall in East Lothian in 2018, as many of the colonies are in remote locations in the Lammermuir Hills which were not checked. The regularly recorded site at Saltoun Wood had suffered a fire sometime in the preceding months, which impacted considerably on that colony. The exciting news, though, was that Green Hairstreaks were rediscovered at Hopes. This is the first time they have been recorded there since the 1980s.

I will continue with the remaining species in my next post.