I will remember 2015 as being rather grey and cool. After a mild winter with only one dusting of snow, spring arrived in mid March with butterflies regularly being recorded from the 18th March.
Much of the summer was cloudy with only short spells of sunshine. While areas north and south of East Lothian enjoyed longer sunny periods, we seemed to miss any good weather. In fact when I was checking the Butterfly Transect results, I didn't come across one record sheet showing the temperature being above 20 degrees Celsius!
However, the weather in September and October was lovely and later in the year we avoided the heavy rain, which caused flooding elsewhere in the UK. The weather didn't really turn cold until 4th December.
Despite the weather I received a bumper number of records this year, which gave a really good picture of how the butterflies fared over the year.

Peacock, Aglais io
The first butterfly recorded in 2015 was a Peacock on 4th March. They were regularly seen with the last record of a worn specimen being seen on 30th June. On 16th July the first of the new generation was spotted and again they were seen in good numbers until 1 November. 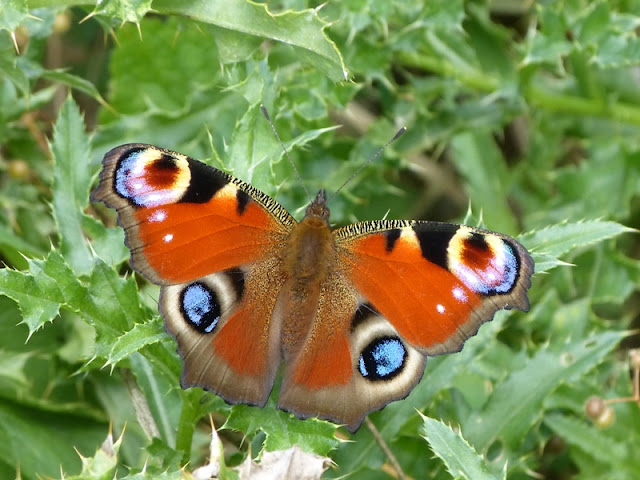 Small Tortoiseshell, Aglais urticae
Small Tortoiseshells also did well this year with the first record being on 19th March. There was no clear division between the generations and they were recorded through to 8 December. That was our last butterfly record of the year. 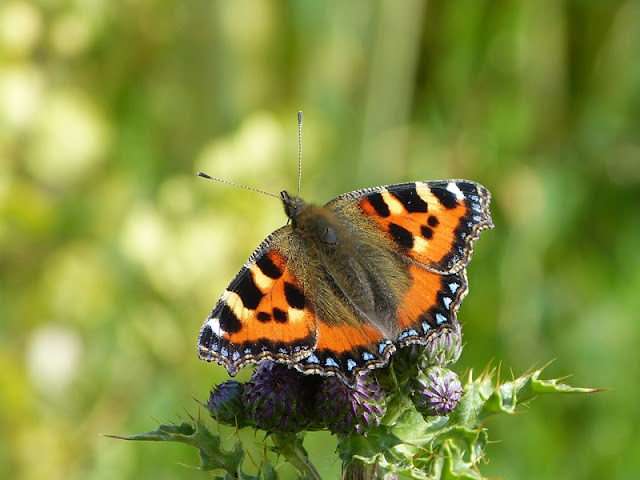 Comma, Polygonia c-album
I think 2015 was the best year we have had for Commas here in East Lothian. The first record was on 23rd March and they were regularly spotted through April. I only received one record each month in May, June and July and then from the beginning of August they were seen in good numbers through to 26th October. 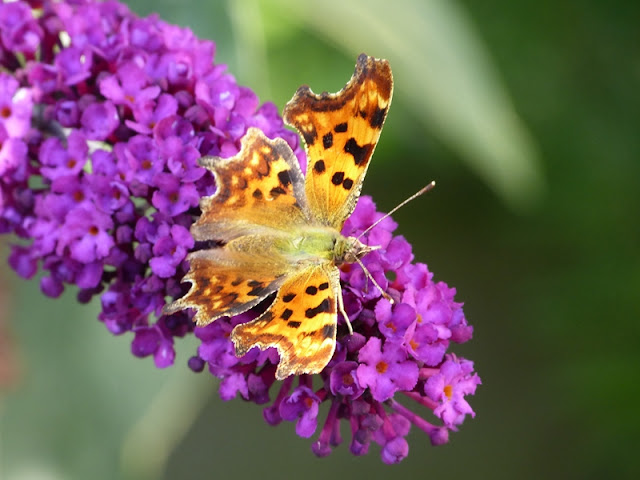 Small White, Pieris rapae
The number of Small Whites recorded in the spring was down on previous years, probably reflecting the poor weather we had late in the summer of 2014. The first record in 2015 was on 9th April and they were seen through to the 7th July. From 6th August the second generation appeared and they were seen in better numbers until 1 October.

Orange Tip, Anthocharis cardamines
Orange Tips did well this year. The first record was on 9th April and they were recorded through to 27 June. This was quite a prolonged flight period, maybe as a result of the cool weather. 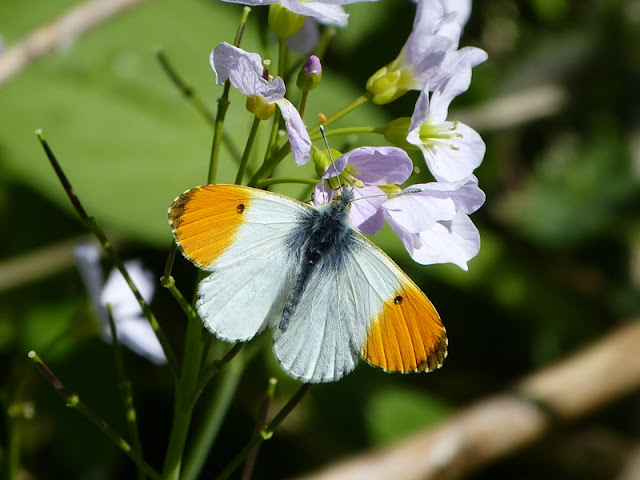 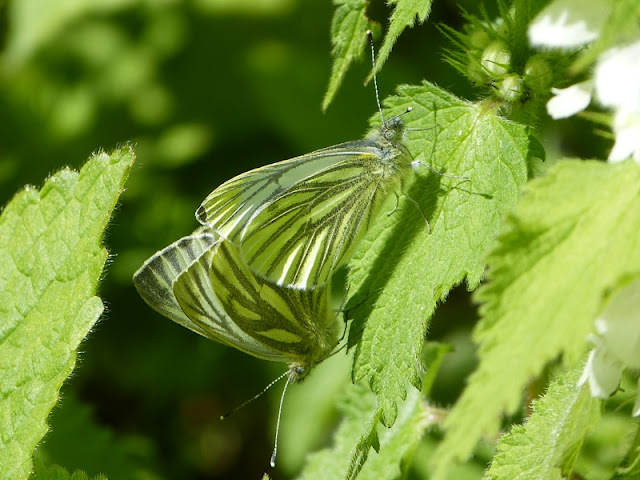 Red Admiral, Vanessa atalanta
The first Red Admiral record was on 10th April and I only received three more records until July when we were literally invaded by hundreds of them. On 1st July I saw six Red Admirals flying or blowing in from the sea on a cold grey day. Six other people reported similar sightings that day and I received several records of Red Admirals over the next few days. These butterflies went on to produce a further generation and high numbers of Red Admirals were seen until 11 November. 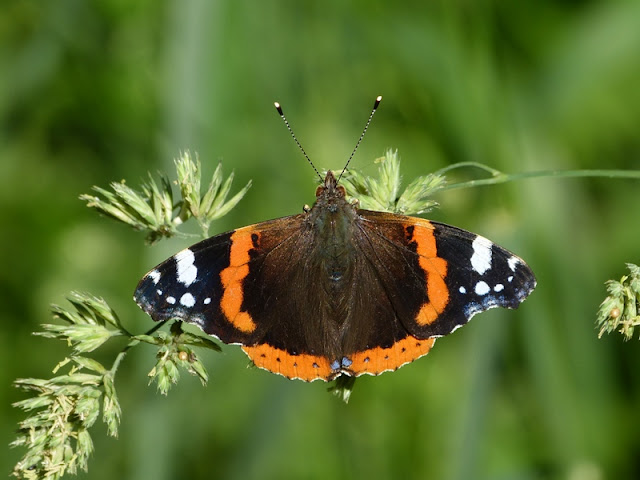 Large White, Pieris brassicae
Like the Small White, numbers of the spring population of Large Whites were quite low. They were first recorded on 15th April until 7th July. The second generation was seen between August 6th and October 26th in far greater numbers.

Speckled Wood, Pararge aegeria
The first Speckled Wood was recorded on 18 April. Their numbers seemed a little disappointing compared with last year, but they picked up later in the season. The last record was on 26th October. They didn't extend their range as they have in previous years, but considering the weather they continued to do well. 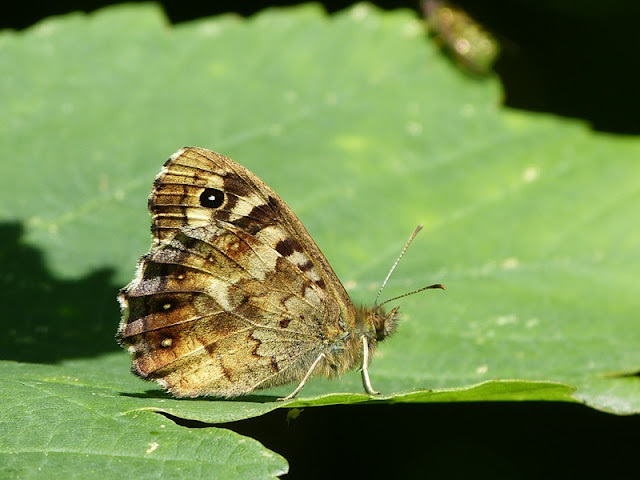 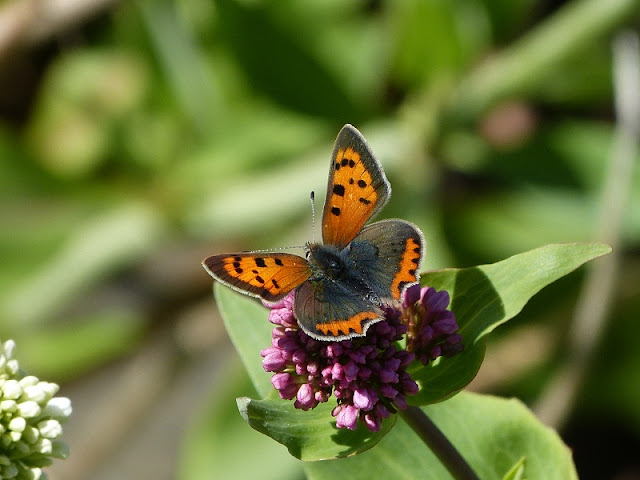 Holly Blue, Celastrina argiolus
I only received one record of a Holly Blue in 2015 on 21st April. Whilst it is sad to only receive one, it gives me hope that there may be a hidden colony of Holly Blues somewhere in East Lothian. Records in recent years have all come from three neighbouring villages, so I intend to have a thorough search of the area this year!

Small Heath, Coenonympha pamphilus
Small Heaths were recorded from 4th May until 25th September. This is a longer season than I have seen here before, which is possibly a result of the cool summer we had. 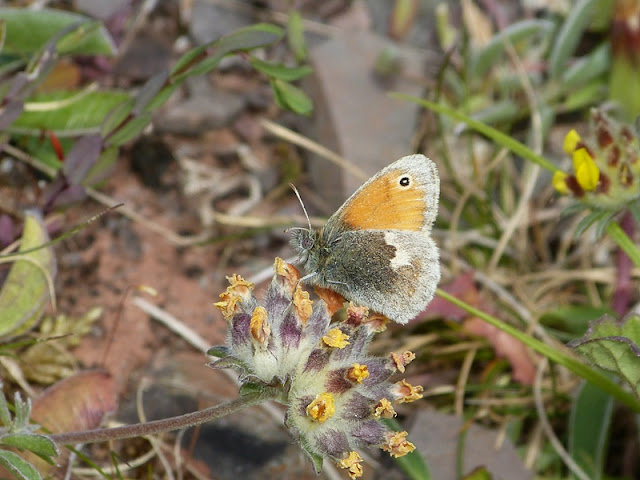 I'll continue with the remaining species in my next post.
Posted by Nick Morgan at 17:36 18 comments: