Having visited Antequera in April 2019 and seen such a fantastic variety of butterflies, I thought I would visit again in September. I parked in the same spot as I had earlier in the year and walked along the track where there had been so many wild flowers in the spring.

Not surprisingly the flowers were mostly finished, other than one or two species. This didn't bode very well, but I was surprised to see quite a few little butterflies flying around. 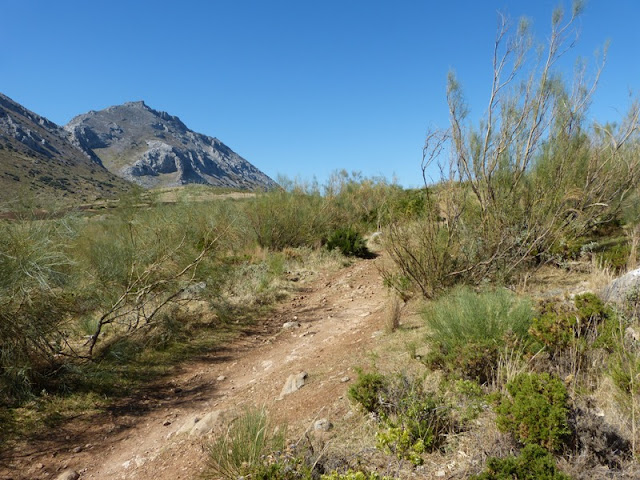 First off was a Lang's Short-tailed Blue, Leptotes pirithous, which was laying eggs on a Gorse bush. 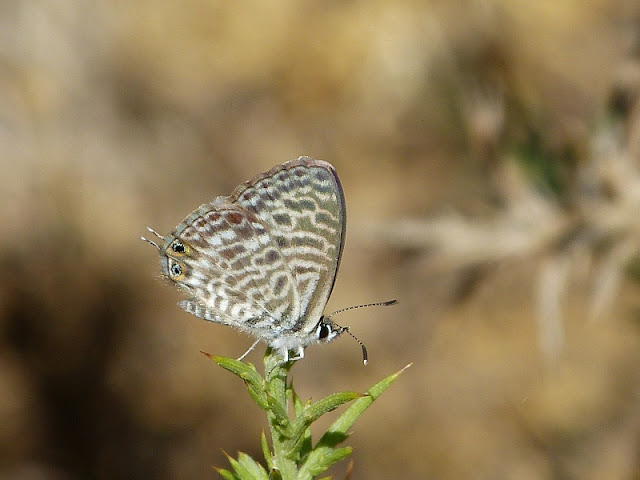 There were a number of similar-sized butterflies, which turned out to mostly be Sage Skippers, Muschampia proto, 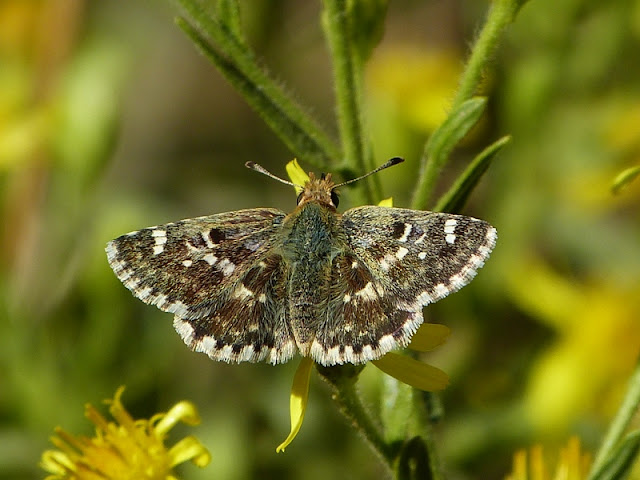 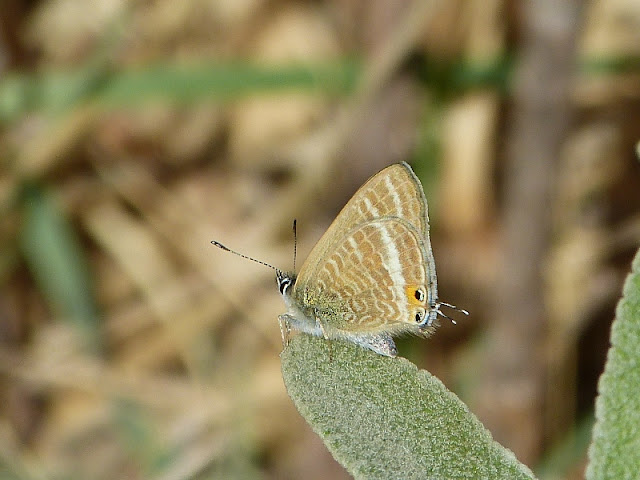 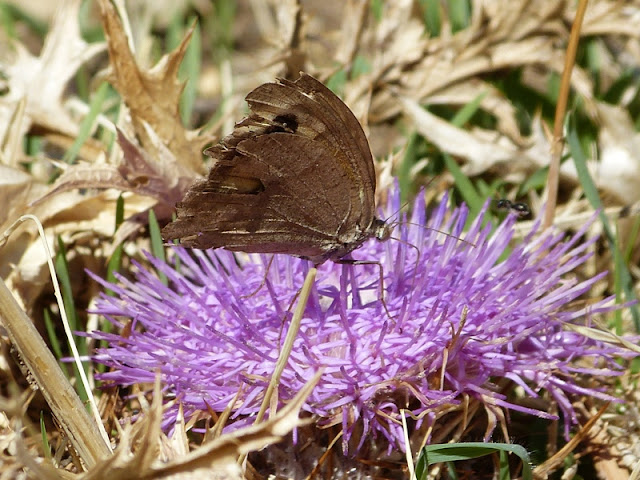 The track then went through some arable fields, but I continued past a farmyard and into dip in the track, which offered a little shade. Here there was some mint growing, which was attracting butterflies. They flew backwards and forwards along this short section, stopping occasionally to feed. They were mostly Sage Skippers, Long-tailed Blues and Lang's Short-tailed Blues again, but there were also two or three Southern Blues, Polyommatus celina. 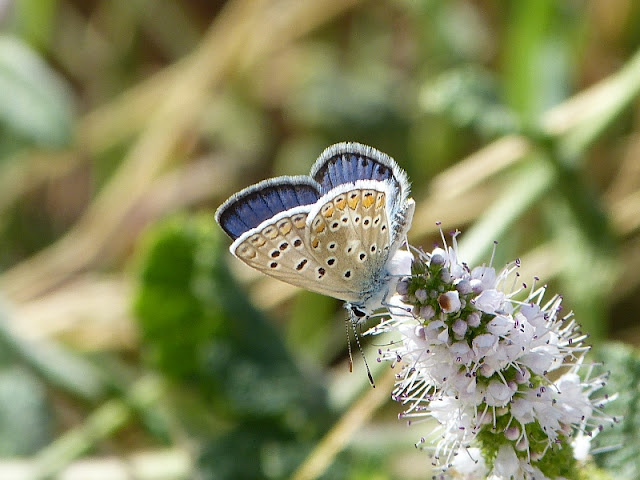 I was delighted to see a beautiful male Adonis Blue, Polyommatus bellargus, but it wouldn't stop for a picture. Neither would a Holly Blues, Celastrina argiolus. A little Southern Brown Argus, Aricia cramera, was more cooperative. 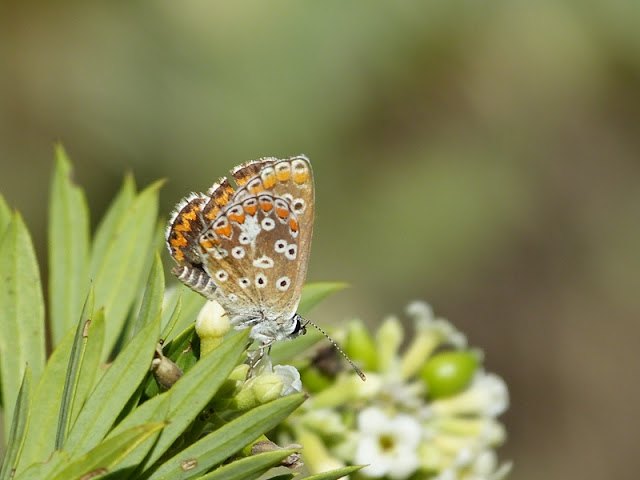 On the walk back I saw a rather worn out looking Striped Grayling, Hipparchia fidia. 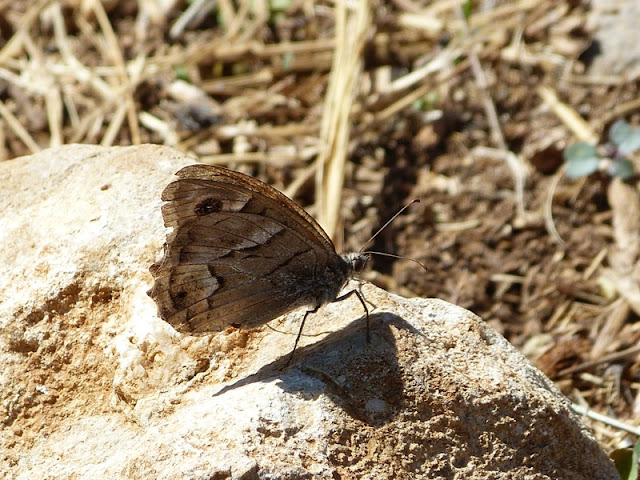 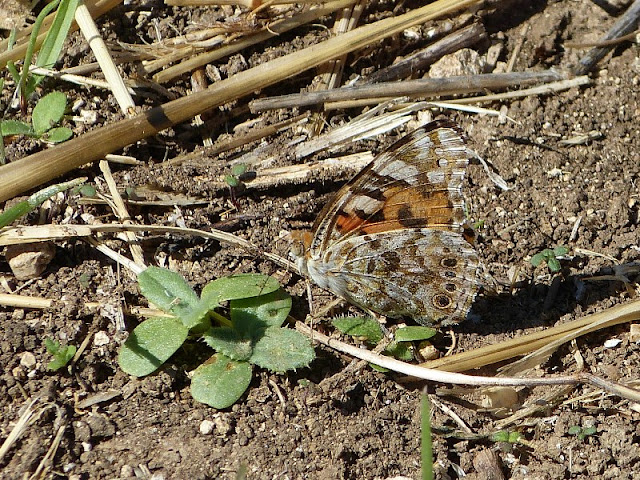 So, I managed to see 14 species on what hadn't looked as though it was going to be a very promising walk. Only two fewer than I saw on my spring walk here. 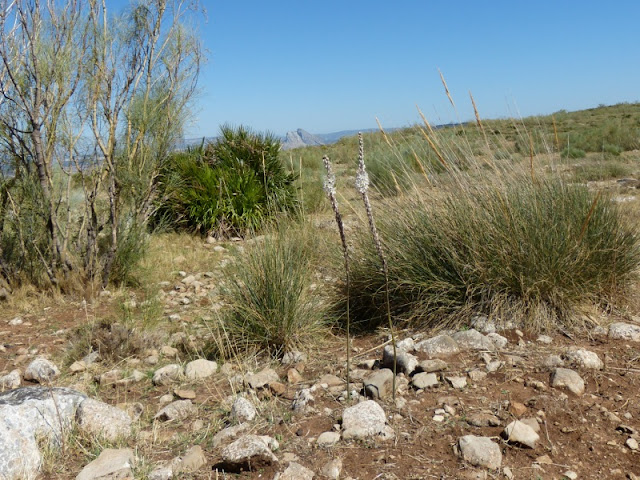