Our beautiful hot, dry summer came to an end a couple of weeks ago, but I have still been lucky enough to have been able to walk my weekly transect in reasonable weather. Last Wednesday was sunny, but very windy and cool. Despite that I still saw a reasonable number of butterflies including 36 Small Whites, 18 Green-veined Whites, 7 Large Whites, 4 Small Coppers, some Peacocks, Commas and Speckled Woods.

On my way back I took a different route and thought I would check out a sheltered corner where some mint grows in an old ditch. At first I didn't think there was much there, but I spotted a Peacock, which lead to me seeing a Small Copper, Lycaena Phlaeas. I then spotted a rather dull butterfly and thought it may have been a moth. But on closer inspection it turned out to also be a Small Copper. Instead of having lovely orange/copper markings, it was a cream colour. I believe this is an aberration known as schmidtii.

This is the second time this year that I have seen a special butterfly, when I didn't have my camera with me. Luckily I had my phone, but I wasn't able to get very close to the butterfly, so could only manage a distant shot. 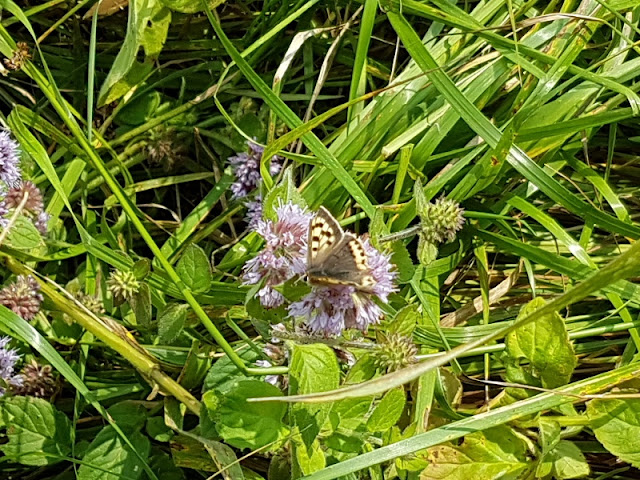 As I followed this butterfly around the small patch of mint, trying to get a better picture, I spotted quite a few other butterflies. There turned out to be 7 Small Coppers there along with 2 Wall Browns, a Painted Lady, 2 Commas, 2 Peacocks and several whites. Here is a picture of a more conventional Small Copper. 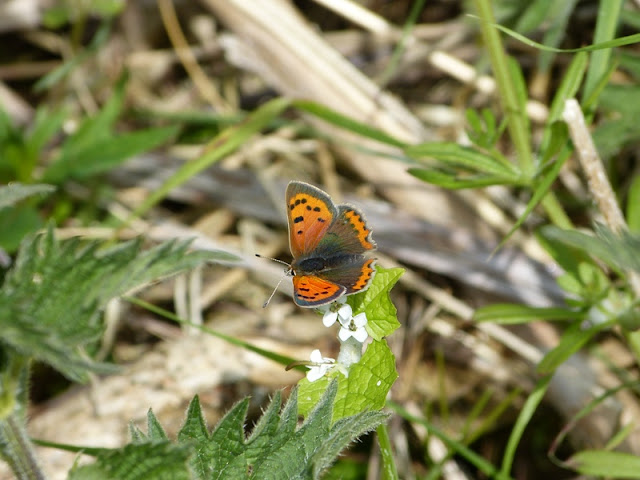 I have returned to that spot a couple of times since, but the weather has been so poor there were no butterflies around. I will take my camera to work with me this week and if there is any good weather I will go and see if this special little butterfly is still there.

Nine days later and after three return visits I managed to see this butterfly again today. The weather was very dull and overcast and only 15 degrees. Despite that I saw five or six Small Coppers and then I noticed two squabbling in the air. One of them landed and I was delighted to see it was the schmidtii butterfly. I managed a couple of pictures and then it flew up and away, shortly before a very heavy shower. 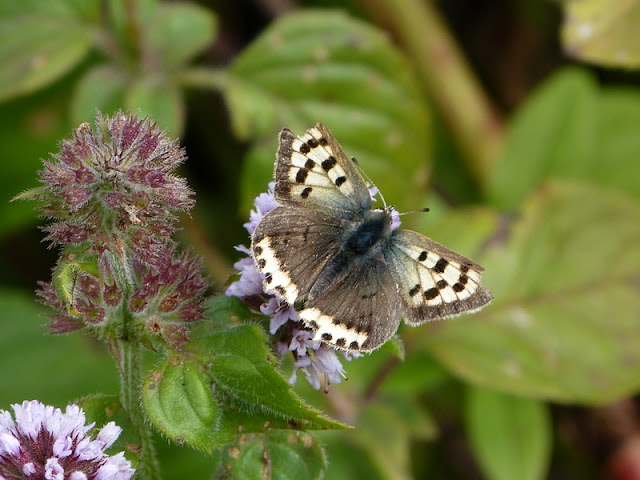 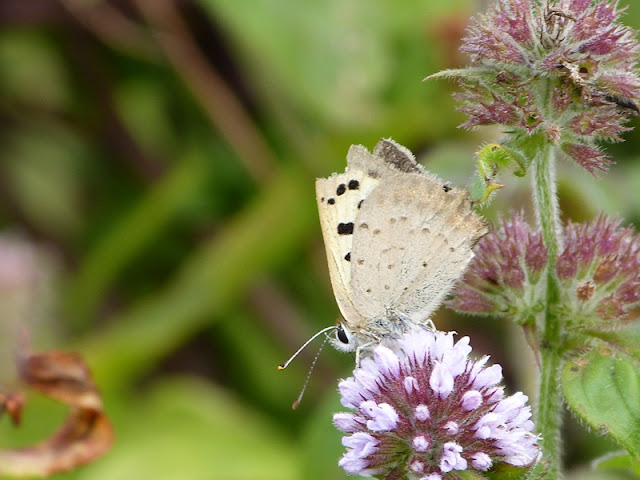