We have just been spending a few days down at the property we have inherited from my father down in the Scottish Borders. We were very busy preparing two areas where we hope to build a garage and have a hen run, but I took some time out to watch a Buddleia bush in a rather overgrown flower bed.

Back home, only 40 miles north of there, our Buddleias finished flowering about two weeks ago. However, there was still a good number of flowers on the bush in the Borders. Maybe it is a different species or variety, but I noticed that a cutting I had planted from home was also in flower there. 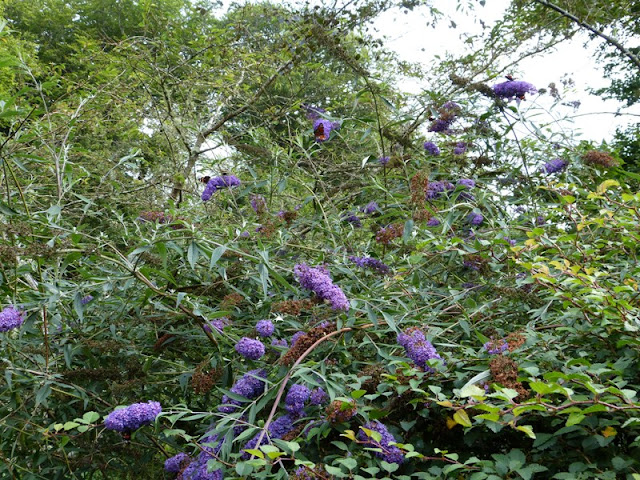 When our Buddleias flower back home it often coincides with the period when there are not so many butterflies around. However, with the Buddleia flowering later in the Borders it was covered in butterflies and bees! It was almost like being in a butterfly house! 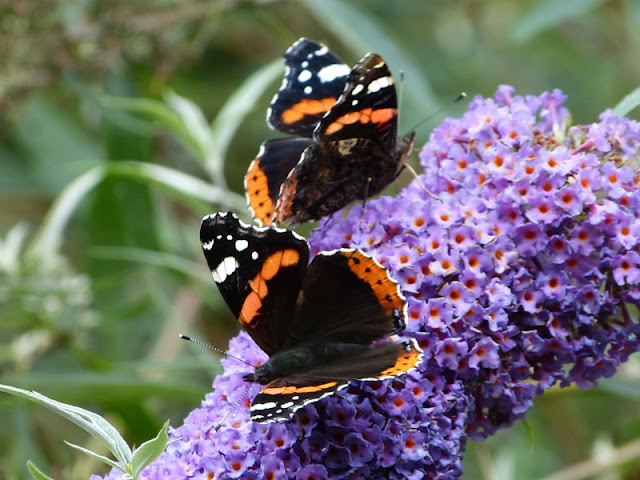 The Red Admirals, Vanessa atalanta, were the first butterflies to arrive each day, usually arriving by about 8.30am. I would love to know where they spend the nights, but they would come drifting down, either from the surrounding trees, or possibly just flying over the trees to get there.

I watched them in the evenings to see if I could follow some of them to see where they went, but failed in my mission! One day was much cooler, about 17 degrees and it was raining, but the Red Admirals still turned up. They tended to feed on the underside of the flowers when the rain was heavier, moving to the tops of the flowers when the rain eased. 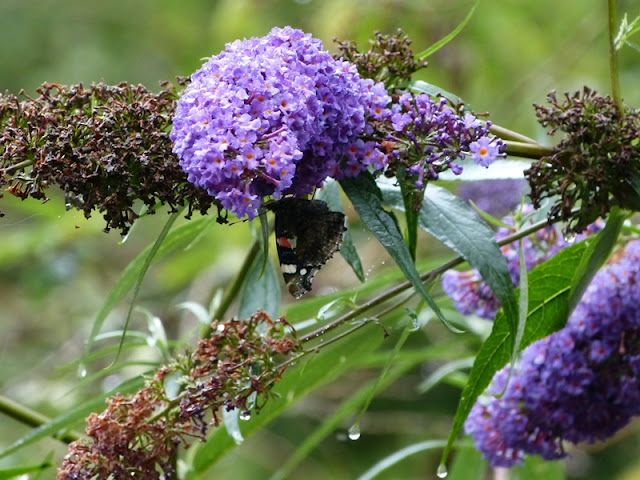 I was very pleased to see a Comma, Polygonia c-album, among the butterflies there. There don't seem to have been many of them around this year. 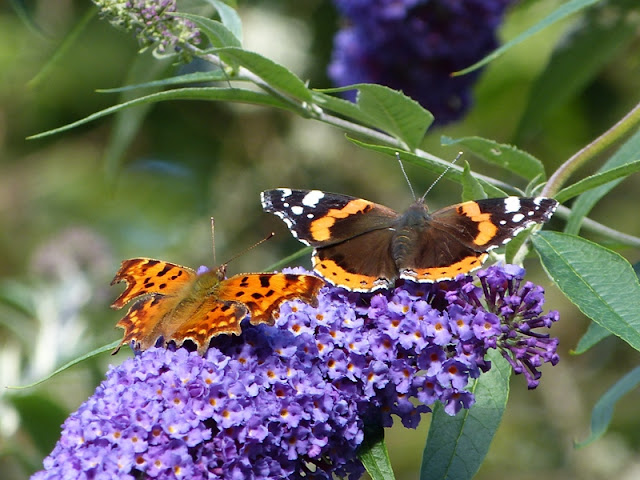 There were also a few Peacock butterflies, Aglais io, feeding there preparing for their winter hibernation. 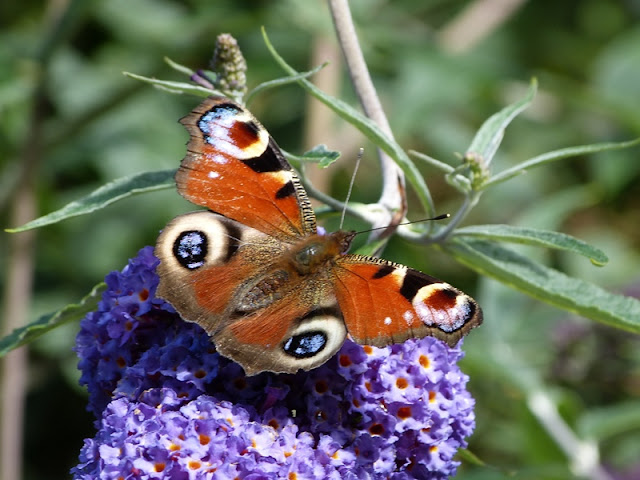 Another butterfly that has been doing very well here this year is the Painted Lady, Vanessa cardui. I was pleased to see a few of them visiting the Buddleia over the last few days. I presume they were fueling up in preparation for their migration back to Africa. 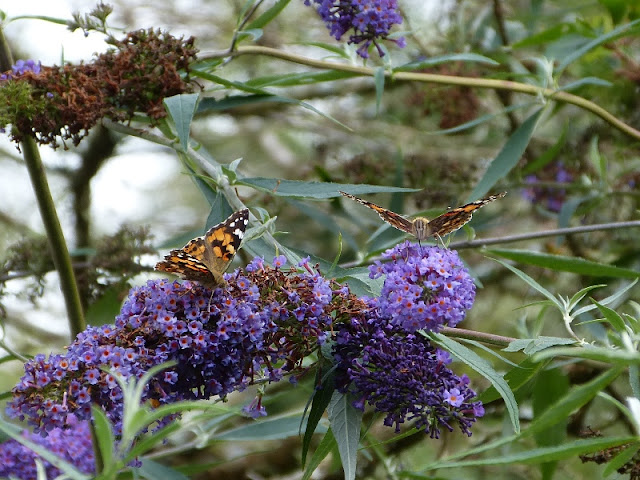 Whilst it was great to see these four species of butterflies, it was sad not to see any Small Tortoiseshells, Aglais urticae. In a normal year they would be seen in far greater numbers than any other species just now, but sadly they have done very badly this year and I haven't seen one since July.

While I was watching the butterflies and trying to get some photographs, I saw a small bird out of the corner of my eye. It was a Spotted Flycatcher, Muscicapa striata. It was watching the butterflies and other insects flying from flower to flower. My camera was set on video at the time, so the picture below is a screenshot from the video. When my father built his house he asked the builders to make various holes and ledges for birds to nest in. I remember him showing me one hole and telling me that it was for a Spotted Flycatcher to nest in and, sure enough, each year a Spotted Flycatcher took up residence. 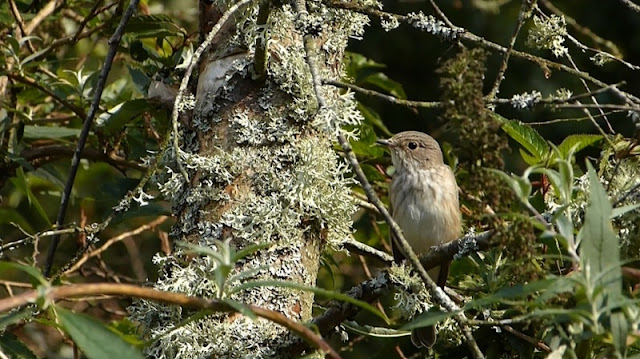 Just after I finished videoing, it flew down, narrowly missing a Painted Lady and caught a bee.

I had a look in a bird book to find out more about the Spotted Flycatcher and found out that it visits the UK each year to breed and in September/October it migrates back to sub-Sarah Africa. It is an interesting thought that it may see the Painted Ladies again over the winter while they all enjoy the better weather there!

I tried uploading a video of the action, but the quality has reduced dramatically, but it gives an idea of what was going on!