First Butterfly of the Year

After a long grey, damp winter we woke up this morning to see white frost on the ground and a lovely blue sky. Although it was colder than it has been for some months, it was lovely to see bright weather for a change.

At lunchtime I went for a walk along the river to an area where I have often seen my first butterfly of the year, but there was nothing there. I told myself that I was being stupid as it was far too cold for a butterfly to awaken.

On my way back to the office I walked along a cold, shady pavement and noticed a little brown triangle out of the corner of my eye. I stopped to take a closer look and saw that it was a Small Tortoiseshell. It was almost certain to perish where it was, as the sun would never reach it and it was likely to be trodden upon.

So, I picked it up and carried it to a sunny spot where I put it on a Marigold. Almost immediately it opened up its wings and I hope it managed to have a feed to give it the energy to survive the remaining cold days of winter. 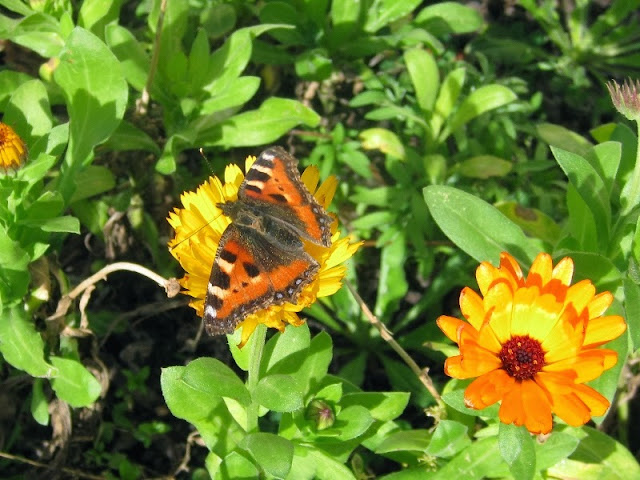 It was lovely to see a butterfly again. I hope it won't be too long before I see more.
Posted by Nick Morgan at 18:38 15 comments:

The Six Spot Burnet Moth, Zygaena filipendulae, is a day-flying moth that is found on meadows and coastal grassland around Britain. It flies between June and August and can be quite common around the coast here. 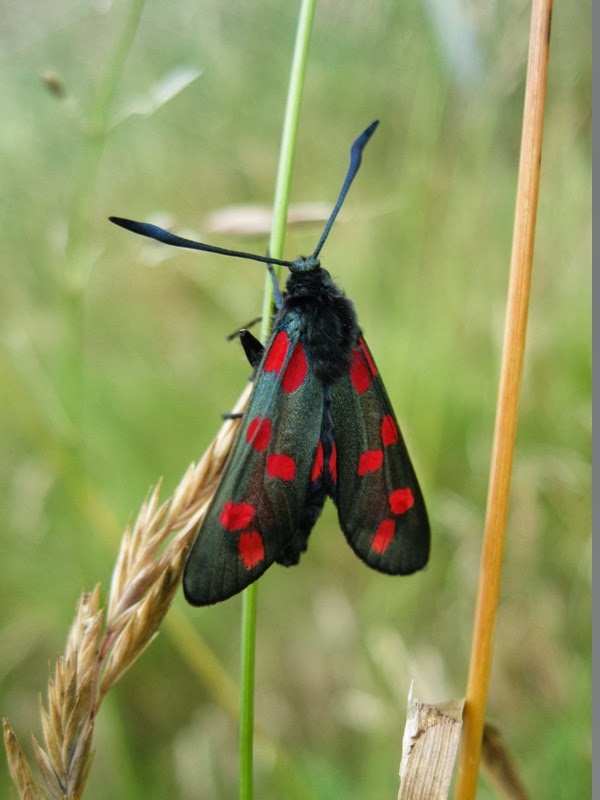 As the name implies, the moth has six red spots on the upper side of the fore wing. The hind wing, which is only really visible when it is flying, is red with a black border. 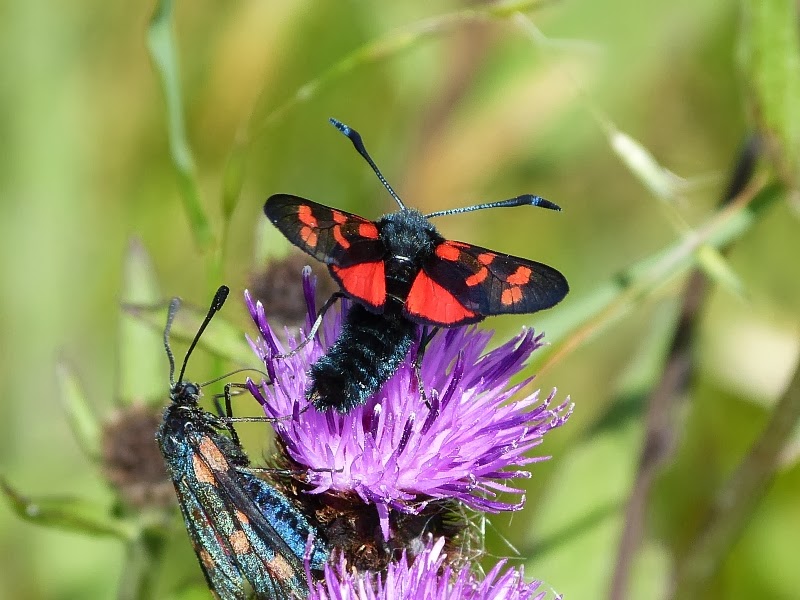 The caterpillars feed on Bird's-foot Trefoil, Lotus corniculatus. They are nicely marked and easy to find in the late spring. 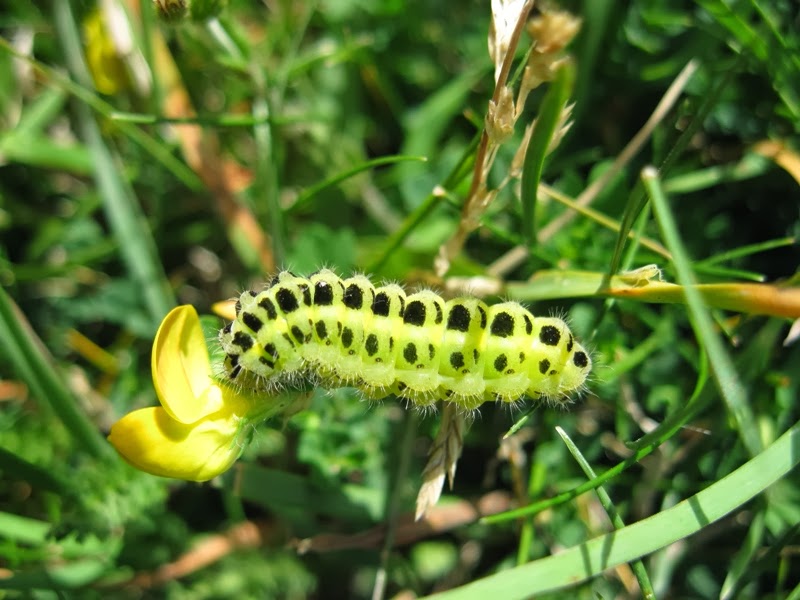 After hibernating for the winter, the caterpillars emerge in the spring and form a yellow cocoon on vegetation or fence posts. They are very easy to spot. 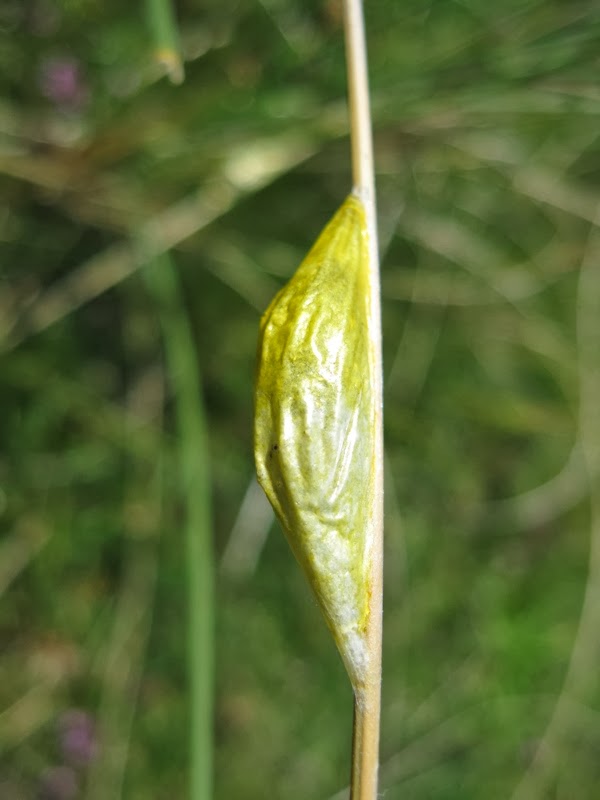 Last year there was great excitement when someone noticed a Narrow-bordered Five-spot Burnet moth, Zygaena lonicerae. Further investigation at the site found a lot more and then people noticed them in various areas of coastal grassland in East Lothian. This is a species that occurs in England and Wales, but it now seems to be extending its range northwards. When we started checking our photographs from the last few years we discovered that the Narrow-bordered Five-spot Burnet moth had been here for some time!! 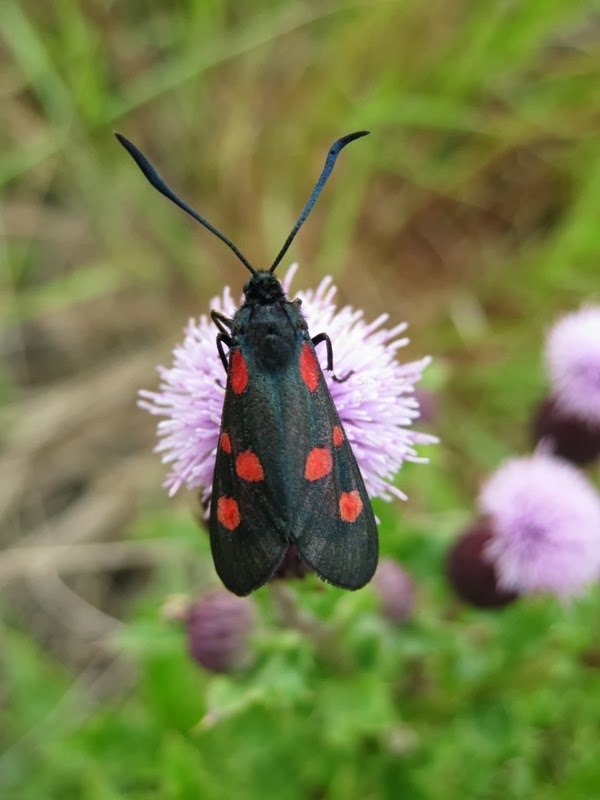 It is quite strange that they hadn't been noticed before as the cocoon is quite different from the Six-spot Burnet moth. 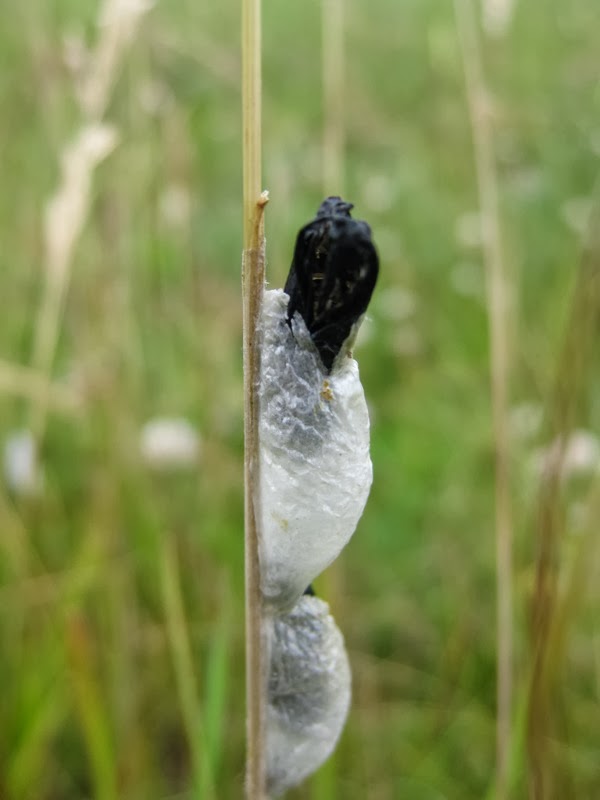 It just goes to show that we shouldn't become complacent about the wildlife around us and we should always be on the look out for something new or different.
Posted by Nick Morgan at 23:18 12 comments: