Last Thursday a friend and I went to a woodland to look for signs of Purple Hairstreak butterflies (Favonius quercus), after being told of a possible sighting there five or six years ago. Sadly, we didn't see any Hairstreaks, but we were almost overwhelmed by Speckled Woods! 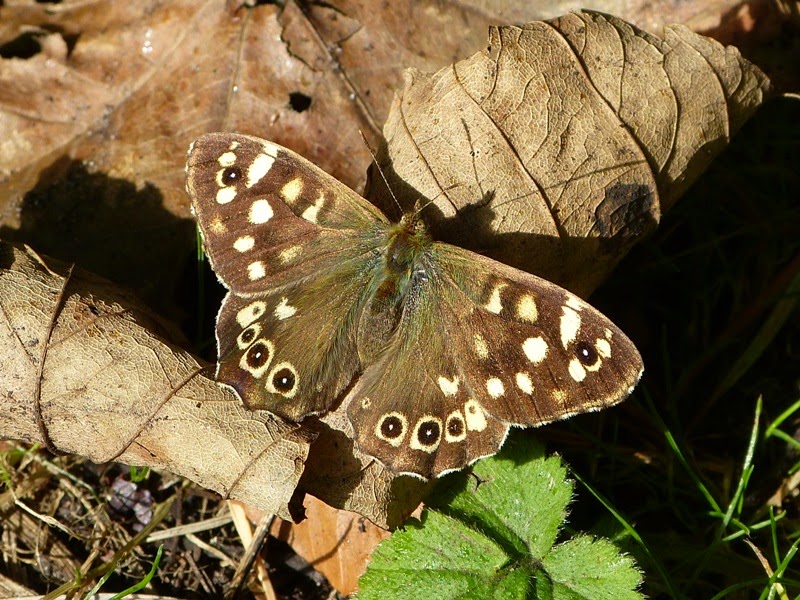 Up until 2009 we had no records of Speckled Woods, Pararge aegeria, in East Lothian. In recent years they have been extending their range northwards from northern England into the Scottish Borders and in 2009 one was seen just over the boundary in East Lothian. As with other species, their expansion seems to be blocked by the Lammermuir Hills, but they are able to get around the hills on the east coast. Later that year we had a second sighting reported to us further up the coast and each year since the number has gone up as they spread westwards right across East Lothian. 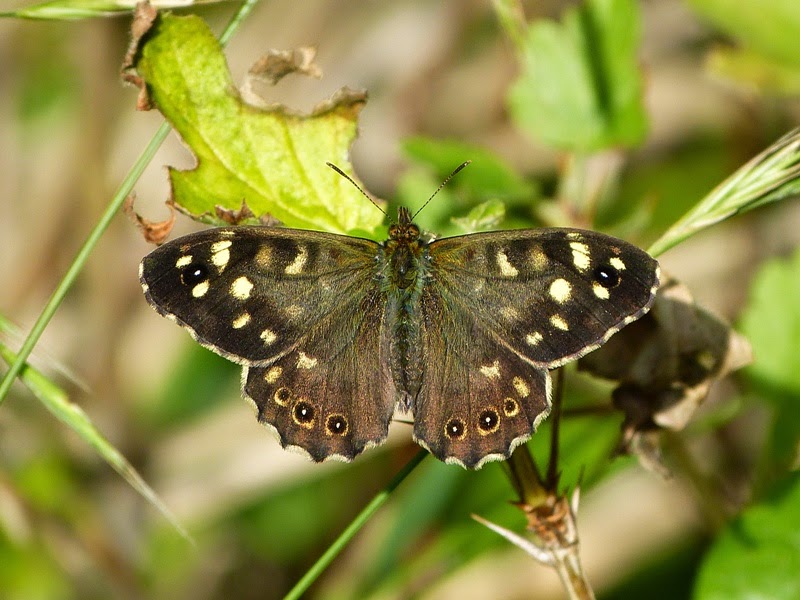 In an area of woodland about 200 metres by 400 metres we saw hundreds of Speckled Woods. Probably about 400, or more. Everywhere we looked they were dropping out of the trees, basking on the path or sunning themselves on a leaf. It is remarkable to see so many butterflies anywhere, but considering that they have only been here for five years, I couldn't believe how many there were. 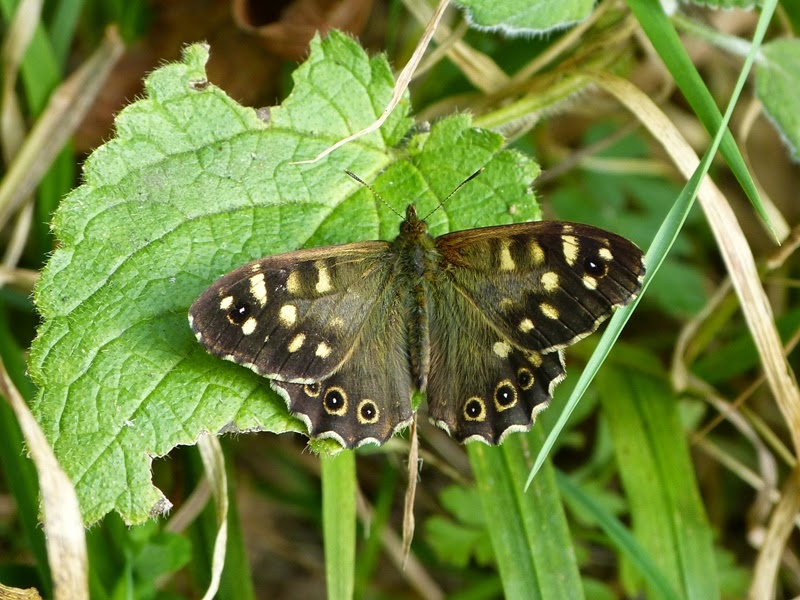 There were quite a number of darker individuals among them, which I hadn't seen before. 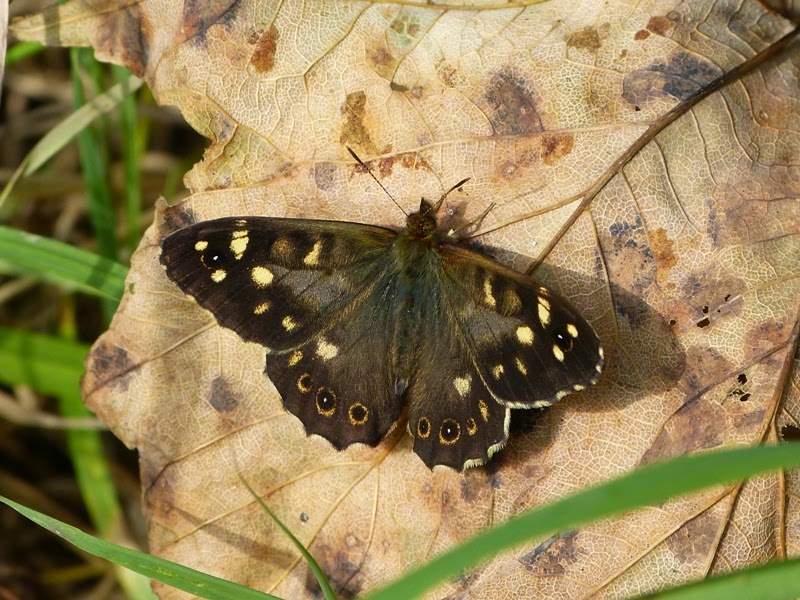 I particularly liked this Sycamore and Ash tree that have fused together in a loving embrace! 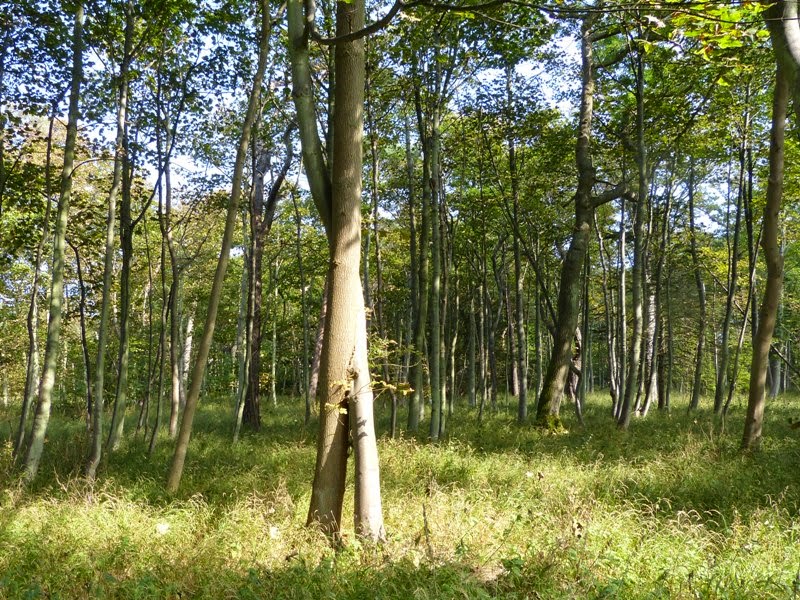 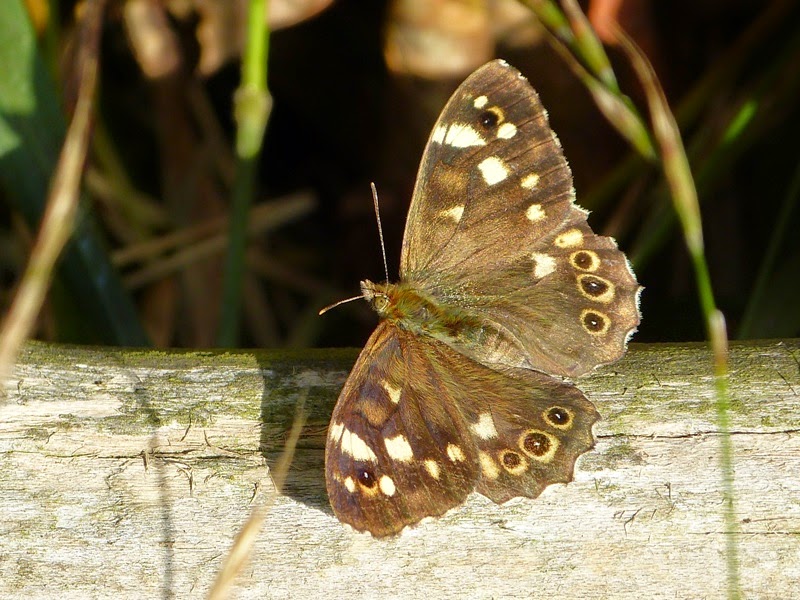