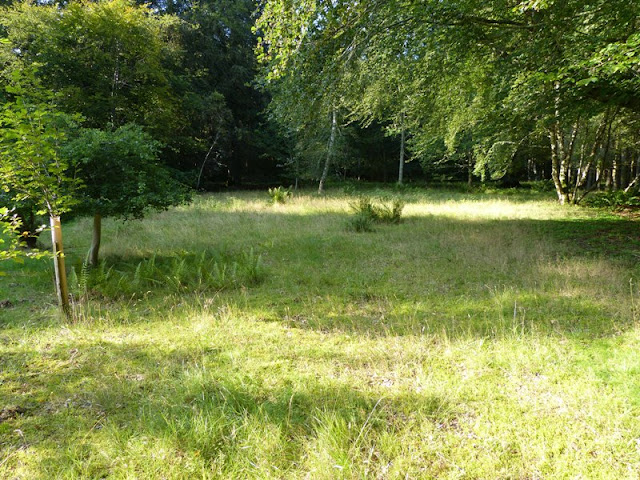 On 25th August last year,  I was walking through our wood at our house in the Scottish Borders, when I noticed a small, dark butterfly in the grass next to me. I dropped everything I was holding and ran down to the house for my glasses and camera. 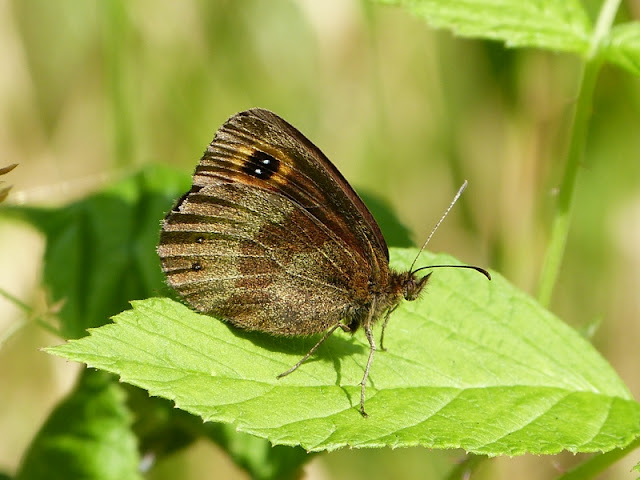 Luckily it was still there when I returned and I was astonished to discover that it was a Scotch Argus, Erebia aethiops. The reason I had been exploring the neighbouring valley, Lewinshope, a couple of weeks earlier  was that I had found a record of Scotch Argus from ten years ago from there, but now here was a Scotch Argus in my garden! 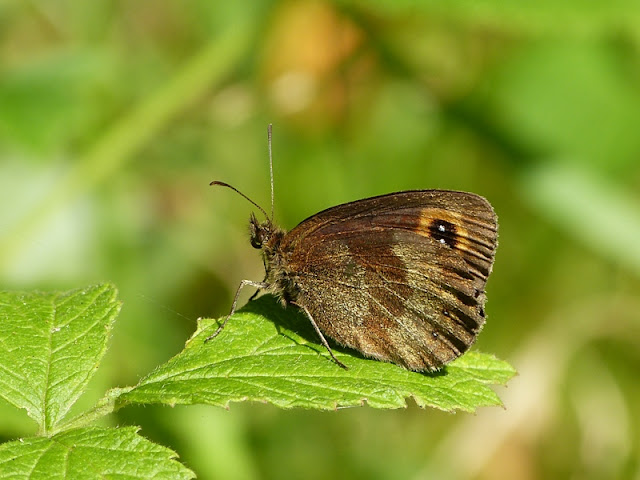 I am now at a loss as to whether this individual has flown over from Lewinshope, if there is another colony somewhere else close by, or if they have been living undiscovered in the grass next to our house. I think this is unlikely, as my father, who used to live here was a biologist and he kept detailed records of the plants and animals he had seen there. 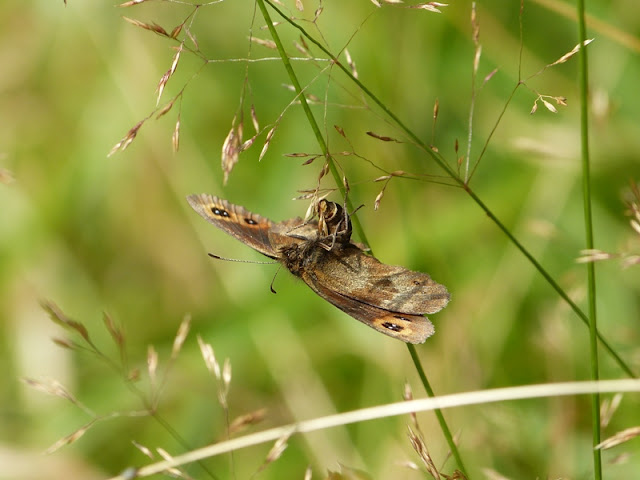 I followed the Scotch Argus to try to get a picture of the upper side of the wings to ensure I wasn't mistaken with its identity. I was even more amazed to see it laying eggs. 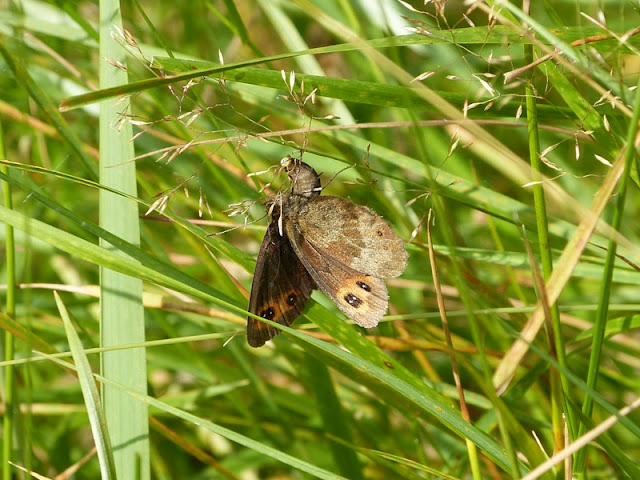 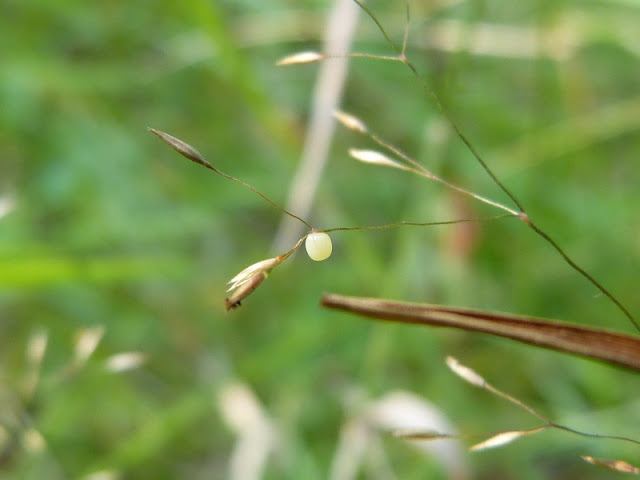 Now I won't be able to cut the grass there and I excitedly await this August to see if any of its offspring survive. I will also be checking the Lewinshope Valley again and any other likely areas to see if there is a colony close by.