Over the winter I try to keep myself amused by finding hibernating butterflies. In December last year a friend, Abbie, said that she had spotted some old lime kilns close to where we had seen Red Admirals in the autumn. We were sure they must be over-wintering somewhere, but have never found them hibernating.

We searched the lime kilns, but couldn't find any places where they could be hibernating. I commended that we were surrounded by the dried up seed heads of Garlic Mustard, Alliaria petiolata, which is the favourite food plant for Orange Tip caterpillars, Anthocharis cardamines.
I have only ever found one Orange Tip chrysalis despite searching for hours in the past.

We searched for some time and then we found a lovely green chrysalis on a dried up seed head. 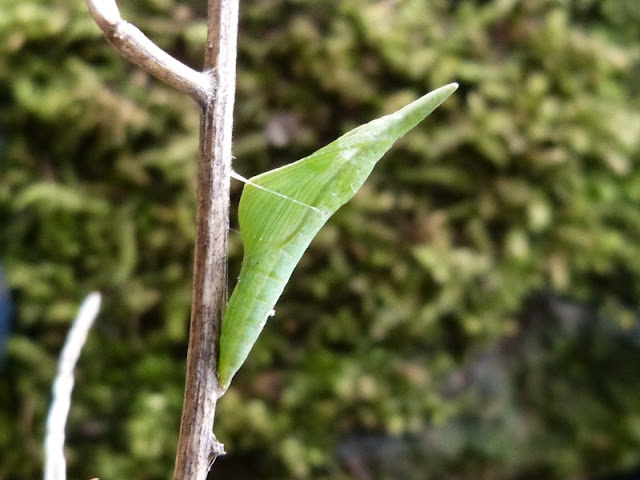 Despite there being hundreds of suitable plants this was the only one we found. I said that I suspect that the caterpillars may go in search of alternative plants to form a chrysalis on. Garlic Mustard becomes very brittle and I can imagine it breaking easily in heavy snow or when it is windy.

Abbie found some more Garlic Mustard plants under a Hawthorn hedge and she searched among the thorns and found a second chrysalis. It was amazingly well camouflaged, looking just like one of the thorns. 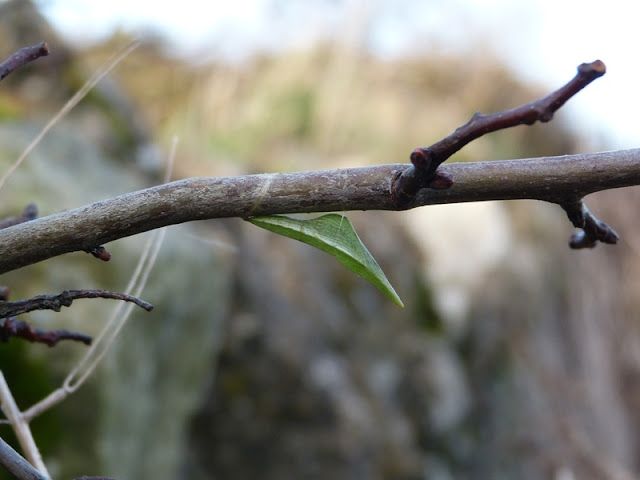 Sadly the first chrysalis we found disappeared a few days later, but the the chrysalis on the Hawthorn hedge must have become one of the most watched chrysalis in Scotland! When it became time for it to eclose Abbie would check it almost daily and send me an e-mail of any changes and I would call in to see it if I was passing.

It remained unchanged over the winter, but in the middle of April it changed colour. 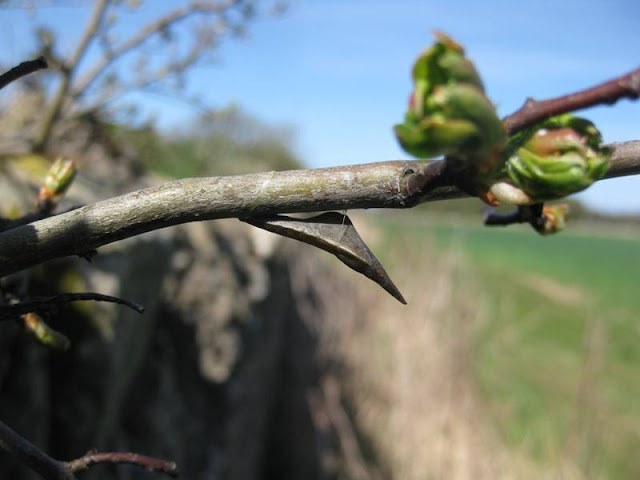 We were a little concerned, but hoped that this was a sign that a butterfly was forming within. The day after I noticed that it had started to turn orange. This picture was taken on 20th April. 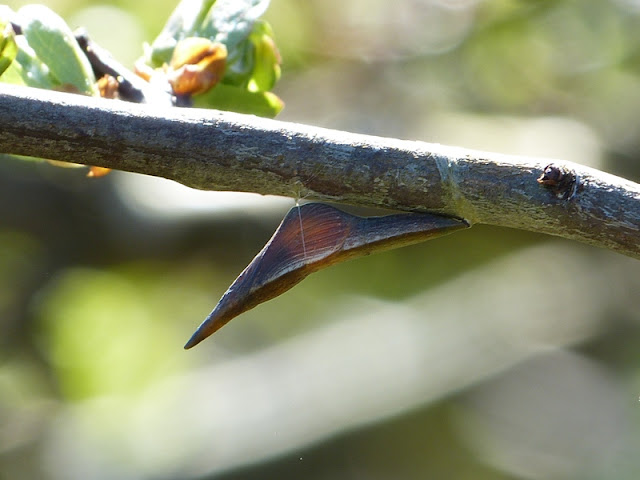 With the orange showing through I was sure that the butterfly would emerge within a day or two, but sadly the weather changed for the worse.

I took this next picture on the 21st April, which shows how difficult it is to spot an Orange Tip chrysalis on a Hawthorn bush! 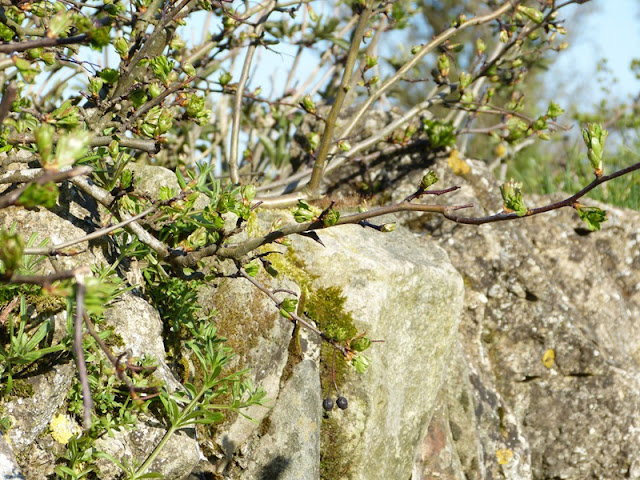 After a few days we were sure that the chrysalis must have died. The temperature had dropped and the skies remained cloudy. Despite this, we would still have a look every couple of days.

Fast forward a month and the sun came out again!! Over the weekend of 21st/22nd May both Abbie and I were helping out at Scotland's Big Nature Festival, an event put on by the RSPB and other conservation organisations. It wasn't until a couple of days after that Abbie went to have a look at the chrysalis to discover an empty shell. The butterfly must have eclosed over the weekend when we weren't looking!! I took this picture a few days after, by which time the chrysalis was full of rain water! 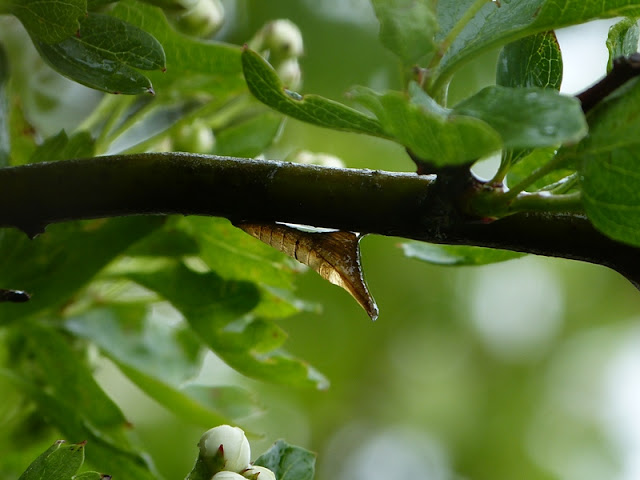 I hope that the butterfly managed to dodge the rain and has gone on to produce more eggs to give us something to watch this winter!