Continued from my previous post about the butterflies recorded in East Lothian in 2016. 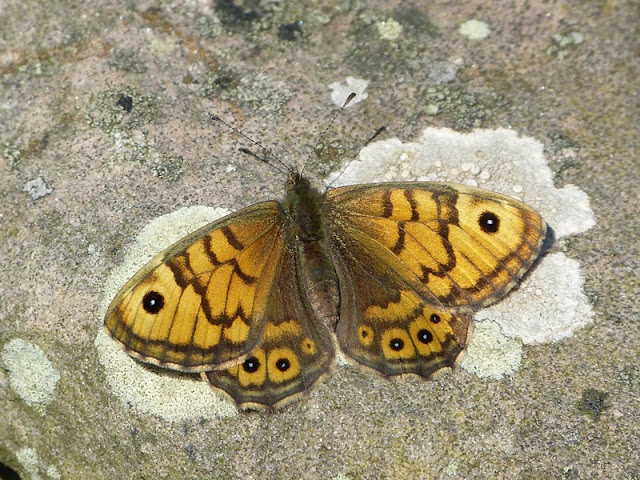 The first Wall Brown was recorded on 12 May and they were seen in reasonably good numbers through to 15th September. We are now getting regular records from Bilsdean, right along the coast to North Berwick. Each year we get one or two inland records, but we don’t seem to have any inland sites where they are regularly seen year after year.

Holly Blue, Celastrina argiolus
Yet again we had a single record of a Holly Blue in East Lothian. This time it was in North Berwick on 15 May. I am sure there must be a little colony of them in one of the coastal towns around there. 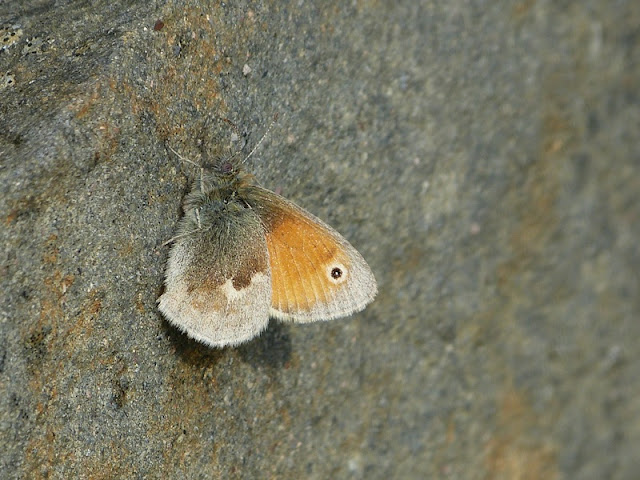 The first Small Heath seen in East Lothian in 2016 was on 15 May and they were recorded until 29 August. Numbers were a little down on previous years, but not by too much. 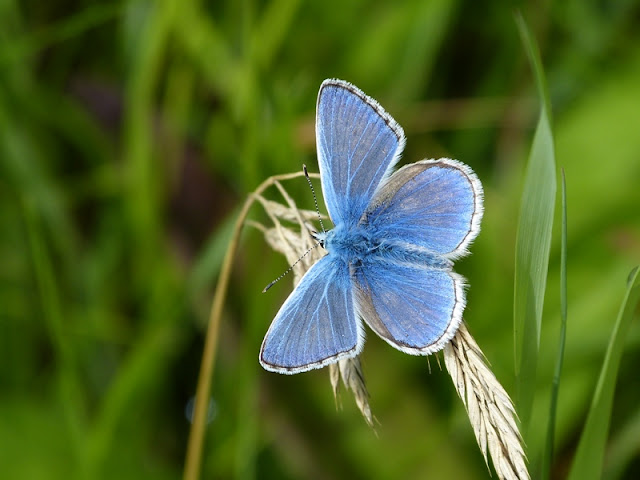 Common Blues were first seen on 8 June and regularly recorded through to 3 September. The numbers were very similar to previous years. 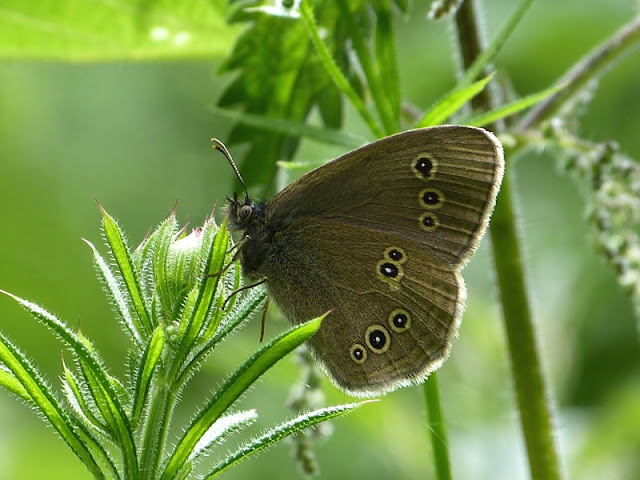 Ringlets seemed to have a pretty good year, with numbers only a little lower than in previous years. The first record I received was on 19 June and they were seen until 17 August. 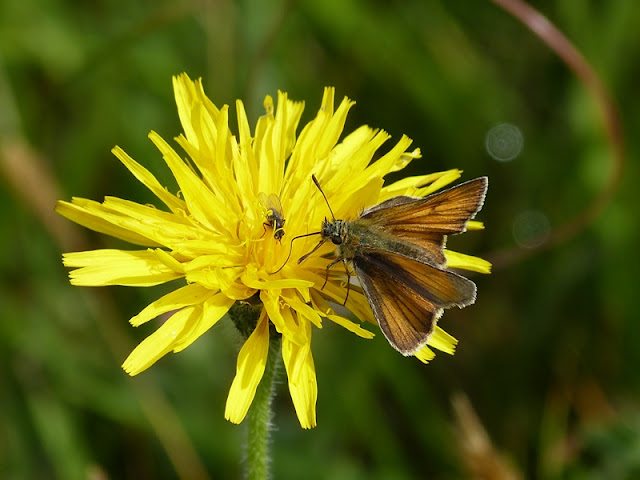 The first record in 2016 of a Small Skipper was on 19 June and they were seen through to the end of August. They are very well established now along the coast from Longniddry to North Berwick and at a couple of inland sites. 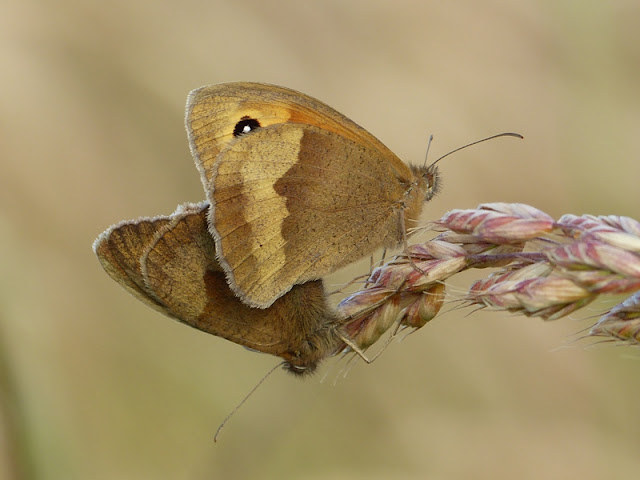 The first Meadow Brown record was on 2 July and they were seen in good numbers through to the 30 August. They didn’t seem to be affected by the miserable summer. 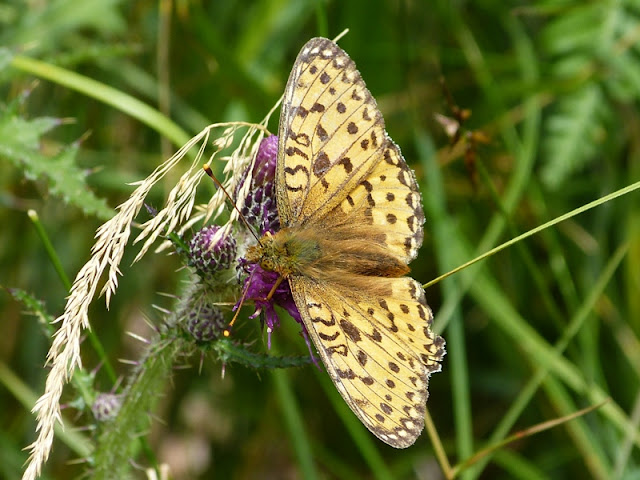 The first record was on 3 July and they were seen in reasonable numbers but only until early August when I received the last record of the year. 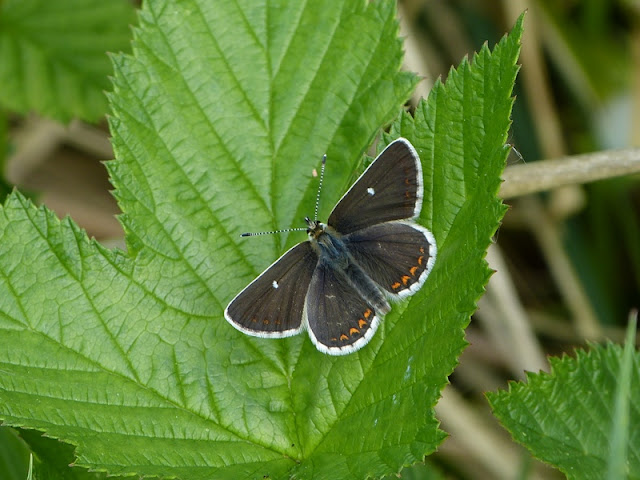 I only received two records of Northern Brown Argus this year on 14 July and 30 July, both from the same site in the Lammermuir Hills. There are only another three locations that I am aware of them occurring in East Lothian, and I think the poor weather prevented other sites from being checked. 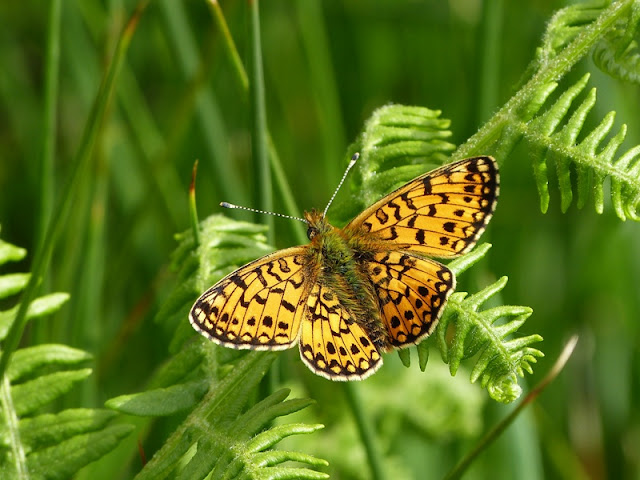 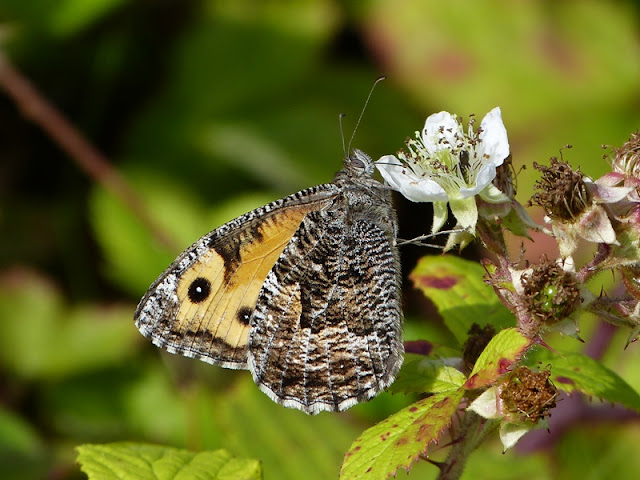 The first record was on 18 July, which is about three weeks behind the norm. They were still seen in reasonable numbers, though. I am only aware of three small sites where Graylings are found in East Lothian, so they are quite vulnerable to habitat loss.


I heard of a very exciting record that a Camberwell Beauty had been seen feeding on a Buddleia on 26 August in a garden in Dunbar. It was seen in the same place the following day. This is the first record of this very rare migrant that I am aware of in East Lothian since 1983. I have no reason to doubt this record even though there were no further records of it having been seen elsewhere.

The other butterfly that we may have expected to see was a Large Skipper, Ochlodes sylvanus. We had three records of them in East Lothian in 2014, but none since. There is a good colony of Large Skippers just over the border at Cockburnspath and I have no doubt that they are still in East Lothian. It is just that the weather has been very poor over the last two summers so people haven't been down to that corner of East Lothian to look for them. I will certainly make an effort to search for them in 2017.

So, all in all, it wasn't a bad year for butterflies given the weather. Most species did as well as ever, but there were worryingly few Small Tortoiseshells, Peacocks and Commas later in the year. I thought that this could be because the weather was poor at a critical time just after the caterpillars had hatched. However, Red Admirals and Painted Ladies did well and they would have been caterpillars around the same time.