Over  the last 18 months we have been enjoying creating various habitats for wildlife at our new house in the Scottish Borders. Some of these projects are more ambitious than others.

There is an area of rough grassland when you first arrive at our property. On one side of the drive it has never been cut and is just left to do as it wants. I spent a lot of time last winter levelling off the larger area of ground on the other side of the drive in an attempt to create a wild flower meadow. 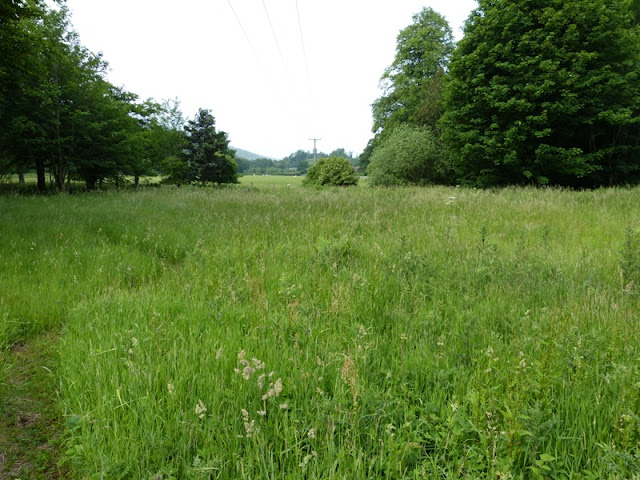 I planted a hedge along our boundary hoping it would provide some shelter as well as flowers for insects and fruit for birds. It hasn't done very well as rabbits and deer have been enjoying nibbling at it! But, hopefully, it will slowly develop. I have even planted Alder Buckthorn in it, hoping that Brimstones may one day venture up here! 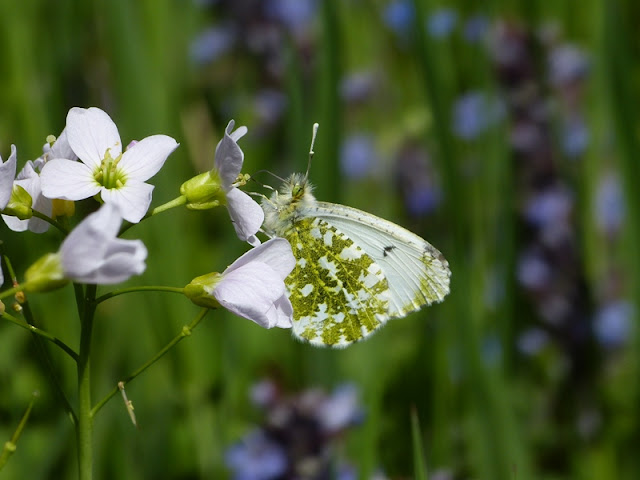 I bought a scythe mower and last autumn cut half of the area. This machine is great and it cut right down below the thatch, meaning that I was able to remove almost all of the vegetable matter once it had dried out and shed any seeds there may have been.

I left the other half to provide somewhere for invertebrates to over-winter and to provide a bit of variety. 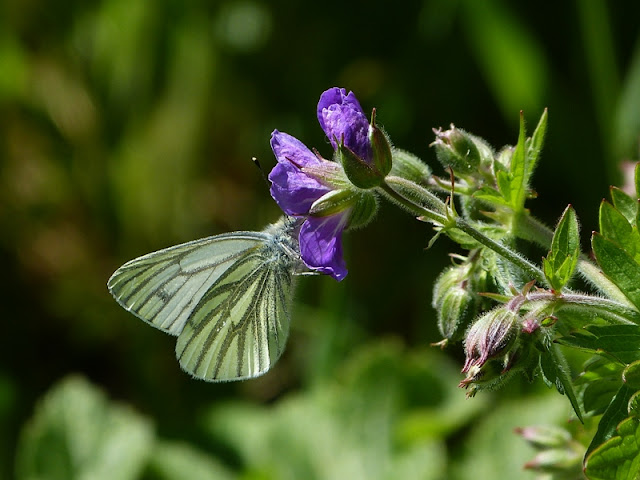 Things haven't gone as smoothly as I had hoped. The harsh haircut appears to have not been appreciated by all of the wild flower species. So far this year I can find no Knapweed in the area I have cut. 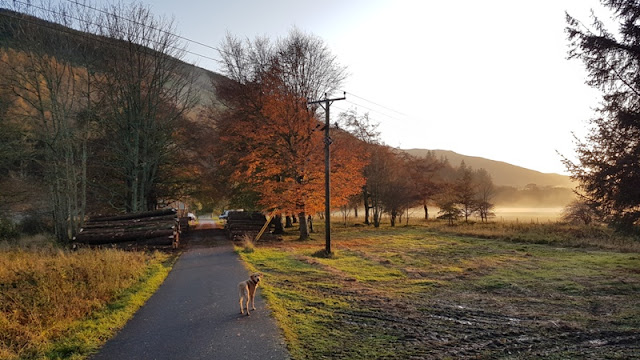 Also, over the winter we had an area of Spruce woodland cut down. Unfortunately, this coincided with a very wet period and the foresters decided that the meadow would make a great turning circle. We ended up with ruts over a foot deep, which would make cutting almost impossible. A neighbour was kind enough to level the ground off again with a 360 digger, but it is still not as flat as I would like. 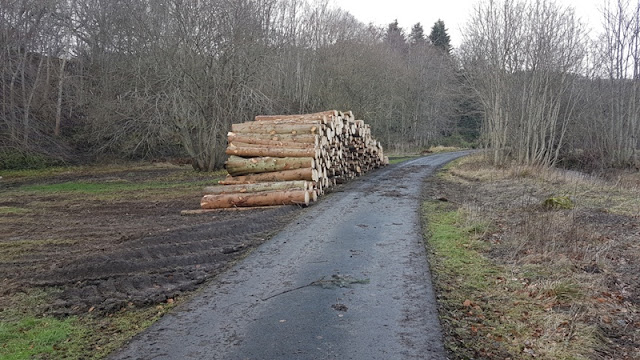 The ground is clearly more fertile than is ideal, but by continuing to cut and remove the hay, we will slowly reduce the fertility and therefore the vigour of the grasses and larger plants. 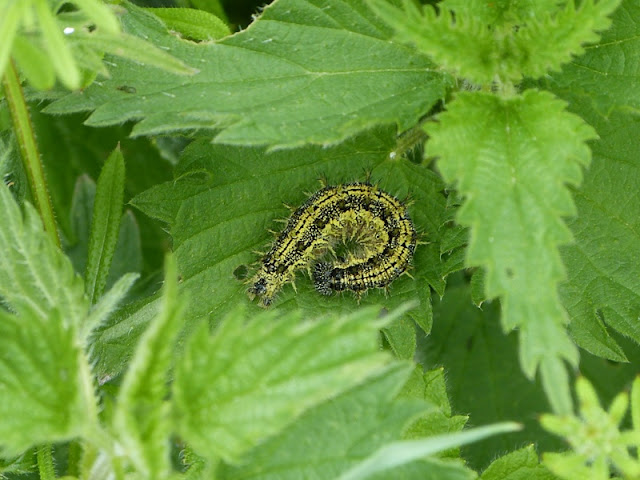 I was delighted this year to find Yellow Rattle growing and flowering. I planted seed last year, but didn't think it had been successful. However, I think it must have been and it had self-seeded and regrown this year. Yellow Rattle is hemi-parasitic and its roots penetrate the roots of grasses to absorb the nutrients. This results in the grass thinning and provides more space for wild flowers to grow. 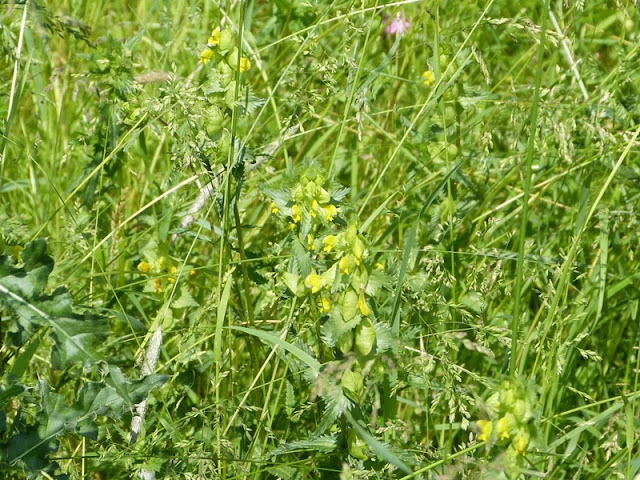 Despite it being so early in the life of the wildflower meadow, I am amazed at how much wildlife it is attracting already. So far this year I have found three sets of Small Tortoiseshell caterpillars and two large groups of Peacock caterpillars in the nettles. 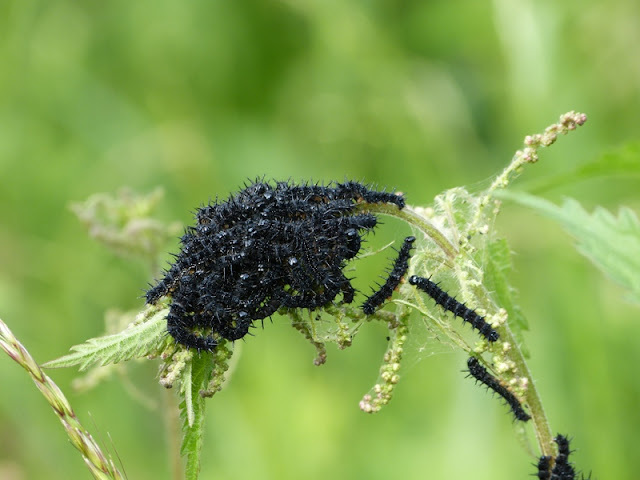 There have been loads of Common Blue and Large Red Damselflies and I was very surprised to see a Broad-bodied Chaser last week. 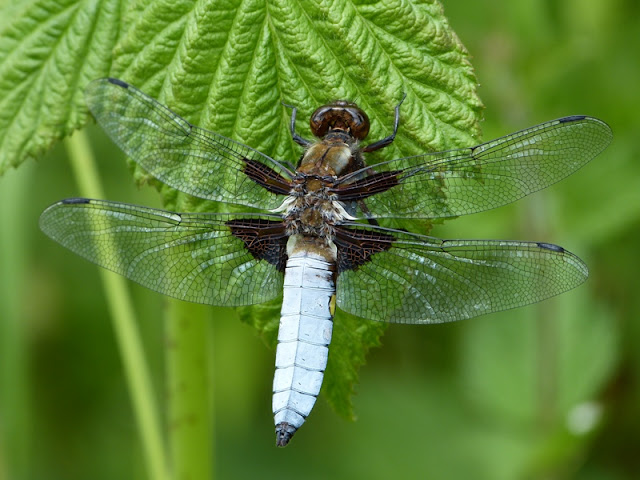 Ringlets have appeared over the last three days, with there being more than 20 there today. There were a lot of Orange Tips and Green-veined Whites earlier in the year and more recently Red Admirals. I watched one visiting several nettles and realised that it was laying eggs. 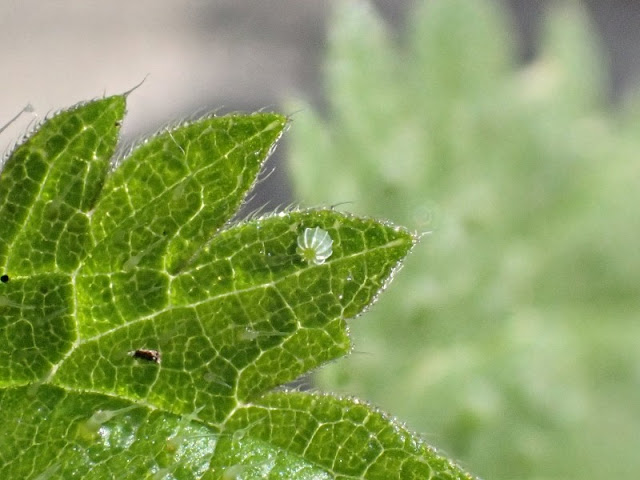 I am not very good at identifying moths, but there have been several Silver-ys and Lattice Heaths in the meadow, a Buff-tip yesterday and today I saw a Chimney Sweeper. 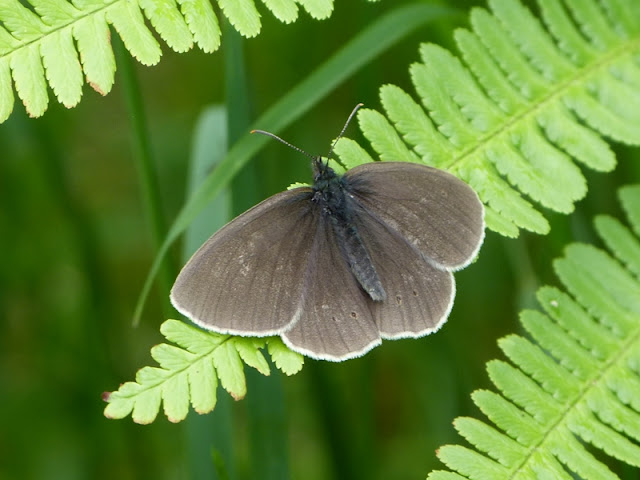 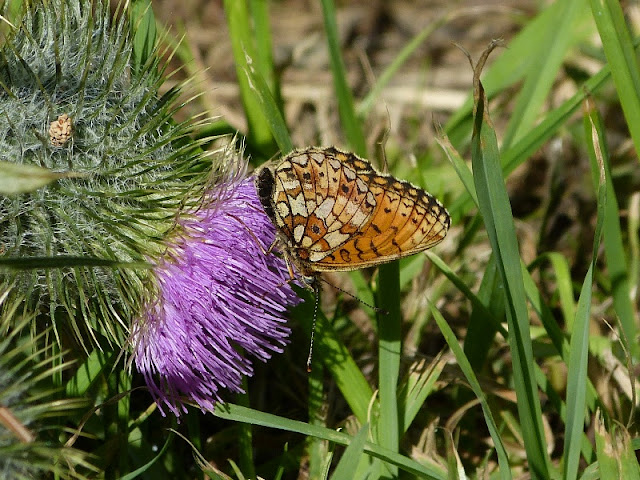 Later on yesterday I saw a Painted Lady laying eggs and today's excitement was a Large Skipper. The garden tick list is going from strength to strength!! 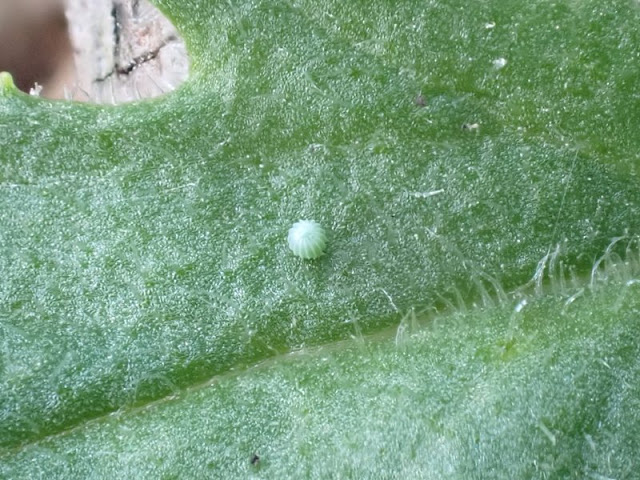 So, despite things not all going entirely to plan this area has already started to attract a great deal of wildlife. I can't wait to see what else I find there. 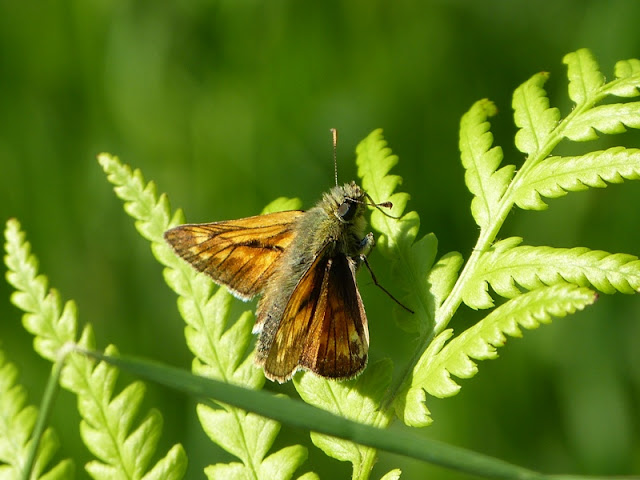