At long last the temperature has risen and there was a real feel of spring in the air today. We had a false start during the first week in March, but since then it has been cold, a little snowy and windy. On the 2nd March four frogs appeared in our pond, but they soon disappeared again as the temperature fell. I guess they took refuge at the bottom of the pond and avoided the morning ice on the surface.
Yesterday they appeared again and started calling their friends. They quietly croaked away, reminding us of exotic places! As my wife watched a lighter-coloured frog hopped across the flower bed from our neighbour's garden and joined in the party. That made eleven frogs in the pond! 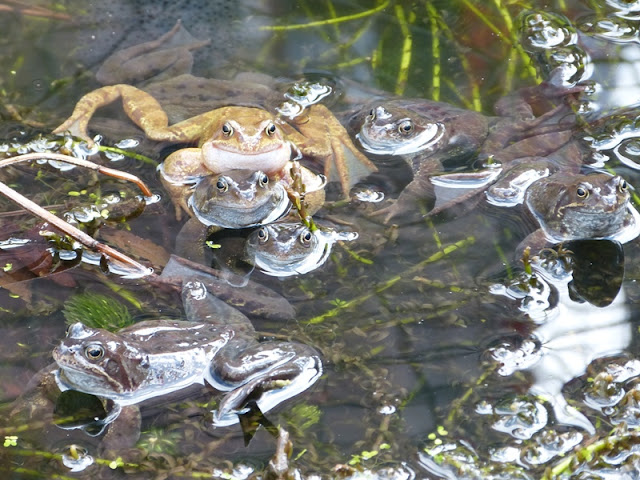 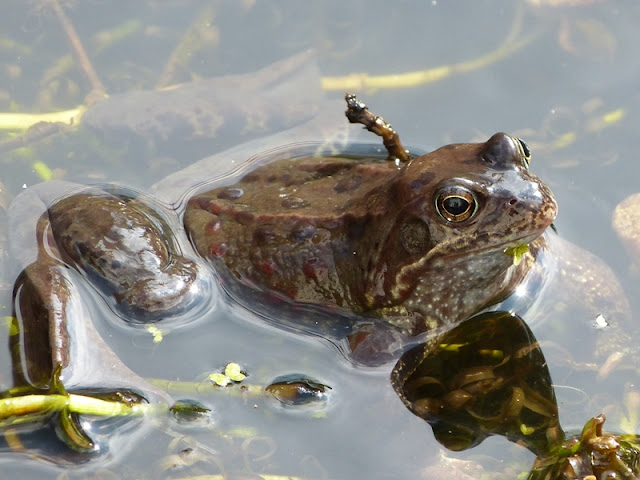 By the afternoon there was a ball of frogspawn.
Having read a number of blogs about beautiful tropical gardens I thought I would include some pictures of the plants that have sprung into flower over the last couple of days here. 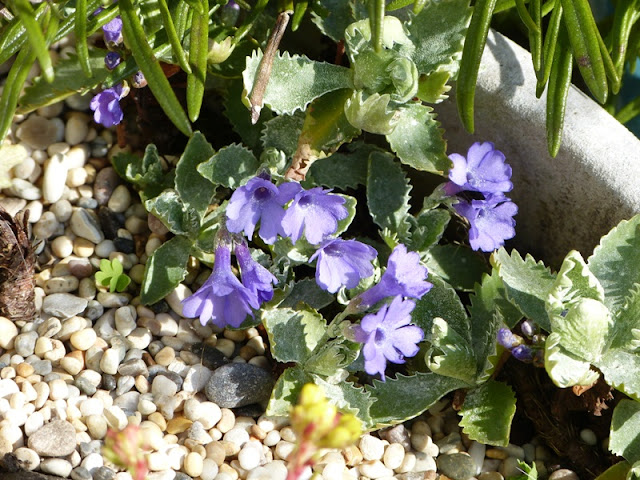 These little primulas have been sheltering from the weather in some tubs of Alpines. 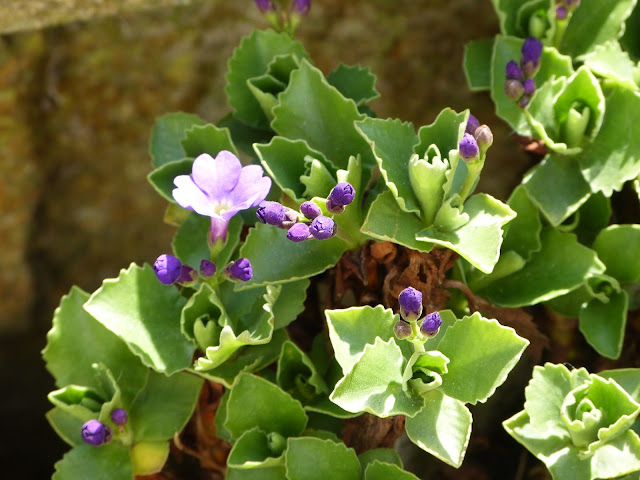 I bought these last month to brighten up the garden. 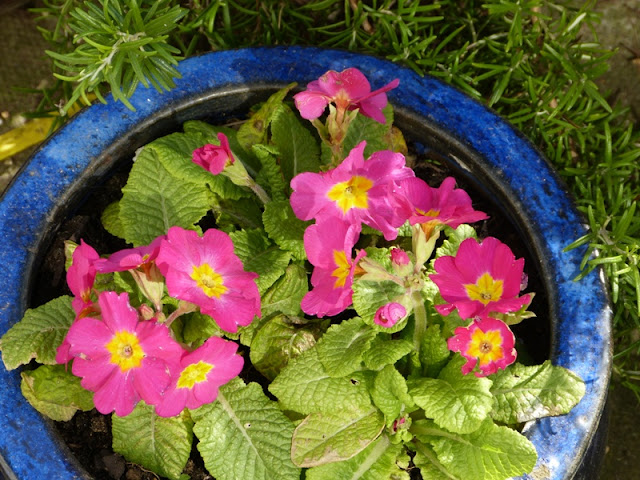 These little pansies are about the only plants that will flower over the winter. 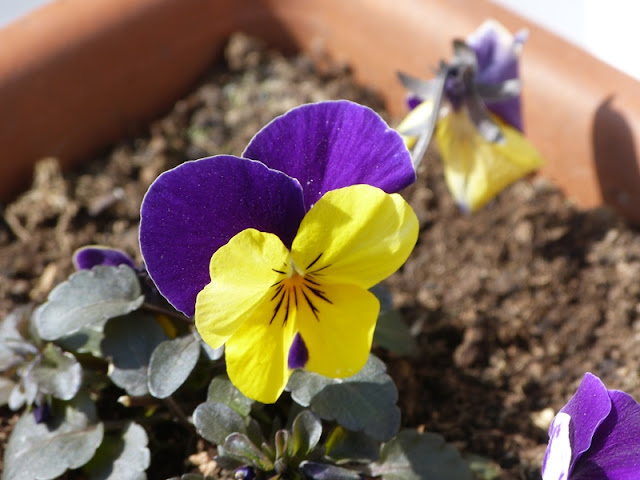 These little dwarf daffodils are ideal for small gardens. They have been in flower for a while, surviving snow and frosts. 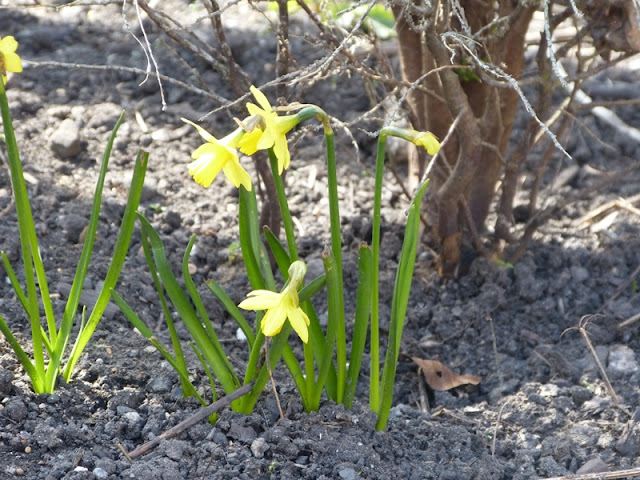 I was amazed to see the crocuses open up today. They came into flower last month, just before the snow and they spent several days buried under several inches. I thought that the flowers would just rot away this year. 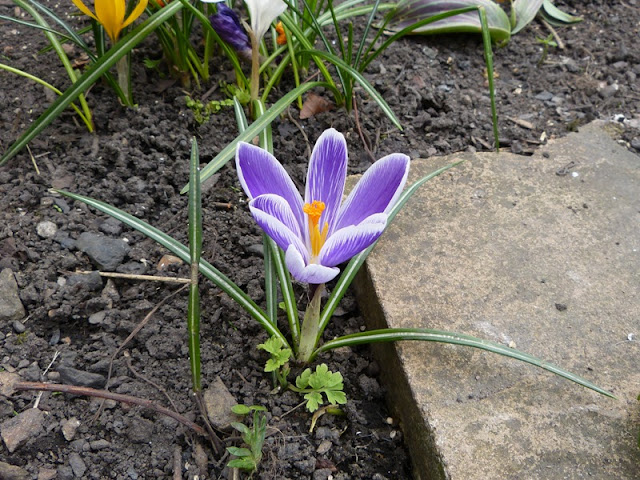 The buds on this saxifrage have been waiting to open for about three weeks now. It is amazing how quickly they respond to a bit of warmth. 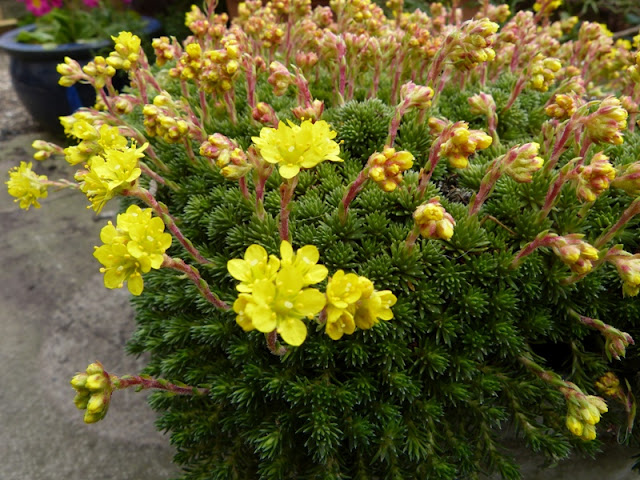 It seems that most plants are about two weeks late flowering this year. There are still no signs of leaves on the trees, but I think that things will start to change very quickly now that it has warmed up.

Our new Labrador puppy was enjoying lying in the garden with our old three-legged chocolate Labrador. 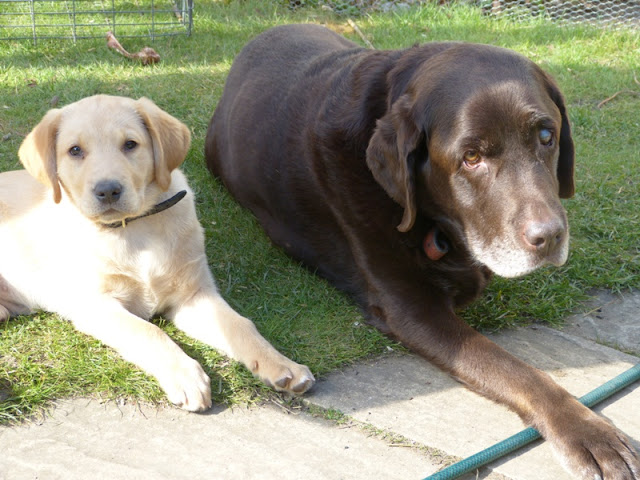 I think there is rain due tomorrow and next week, but I hope that it will soon be butterfly season again. I have only seen one butterfly here so far this year. A Small Tortoiseshell that was taking advantage of a sunny day on 2nd March.