The Scotch Argus, Erebia aethiops, is a butterfly that has a reputation for flying in dull weather. However, I was surprised to find it flying in the rain back in August. I had been visiting my father who was in hospital at the time and I knew that a couple of miles from the hospital was an area with a colony of Scotch Argus. I was disappointed that the weather was bad, but as with my previous visit to this site, I thought I should take a look as I was passing.
Digital cameras always make things look brighter than they really are, so this picture doesn't give a very good idea of how dull it really was. 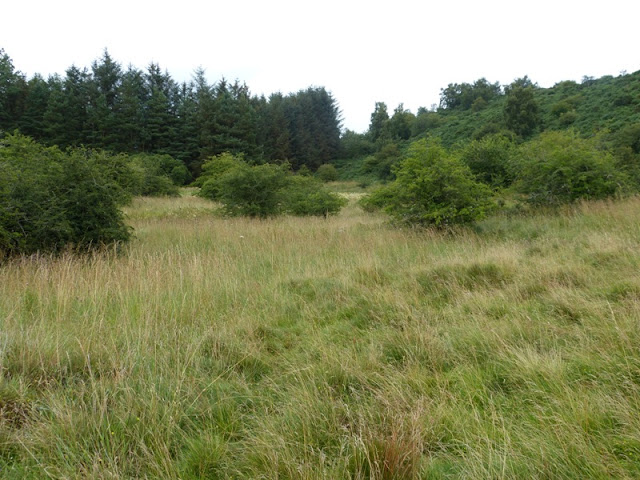 There must have been about 30 of 40 of them in this small area. They were sheltering down in the grass, and they seemed to be easily disturbed. When I approached they would fly off for quite a distance and drop back down into the grass. 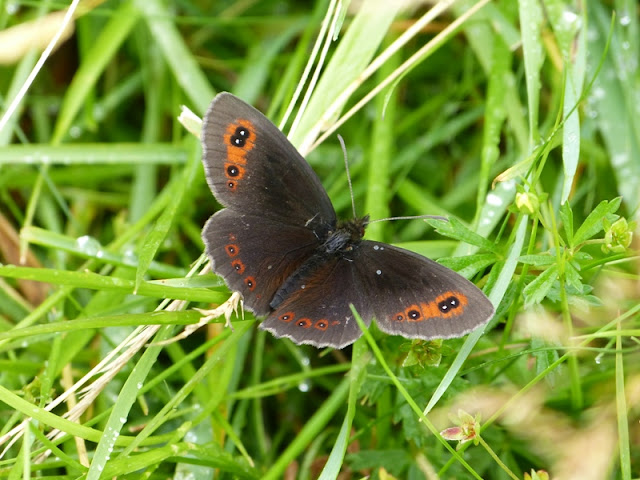 You can see the raindrops on the wings of the butterflies.

The caterpillars feed on grasses, and it is thought that Purple Moor-grass is its favoured food. I have read that they only occur in areas where the grass is not mown or grazed. 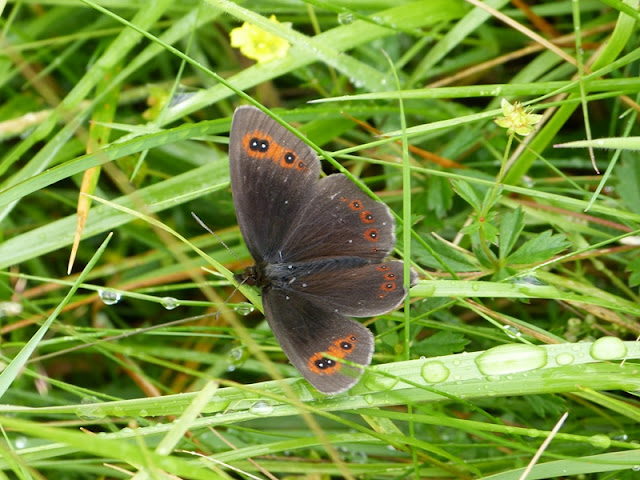 I have read that the caterpillars feed at night and rest up during the day. If they are disturbed they play dead and drop to the ground. I discovered that the adult butterflies do the same if they are not able to fly off when disturbed. 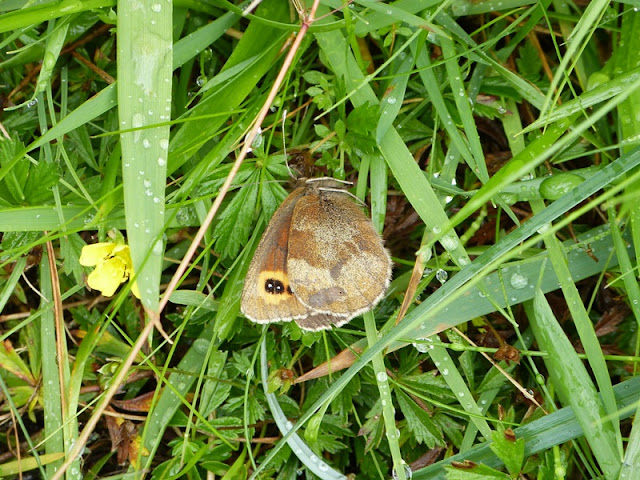 In the UK, I think there is only one area outside Scotland where this butterfly is found. It occurs over a wide area of eastern Europe, though. Recent research has shown that it is expanding northwards, possibly in response to climate change. This could be a bit of a worry for the colonies here in southern Scotland, which are being carefully monitored. 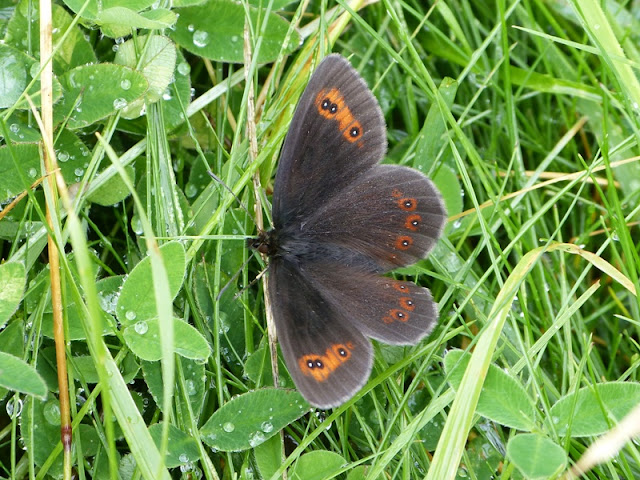 I am sorry about the quality of the pictures. They reflect the poor light that there was that day. Next year I want to return to the site in late July or early August, hopefully on a sunny day! I imagine that early in the morning would be good when the butterflies are warming themselves up in the early sunshine.
Posted by Nick Morgan at 19:57 26 comments: