My favourite butterfly is the Orange Tip, Anthocharis cardamines. When it first appears in April, I know that the butterfly season has started in East Lothian. Other butterflies appear around the same time of year, but they all produce a second generation later in the year. The Orange Tip only has one generation and in East Lothian they usually occur from mid April until the end of June. They are commonly found in the lush vegetation along the edge of water courses. 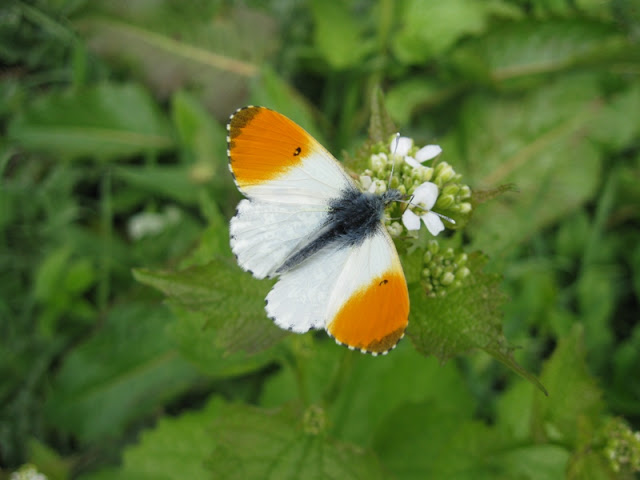 It is only the male that has the beautiful orange tips to its wings. The female lacks the orange and has slightly larger black tips to its wings. When they are freshly emerged they have a lovely checked edge to their wings and white antennae. 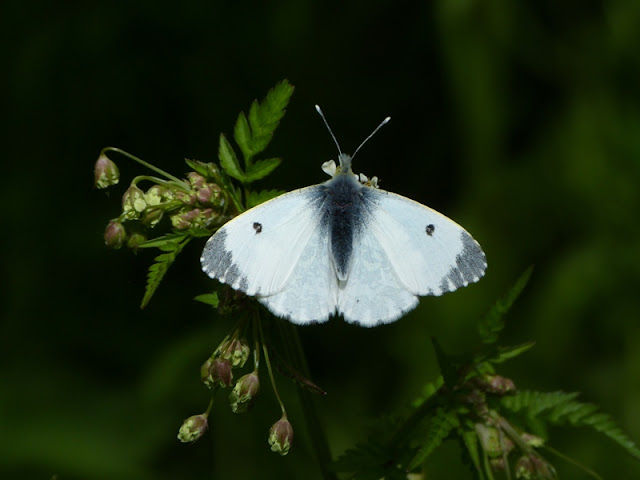 The underside of the wing is a marbled white and green and when they completely close up they are remarkably well camouflaged. 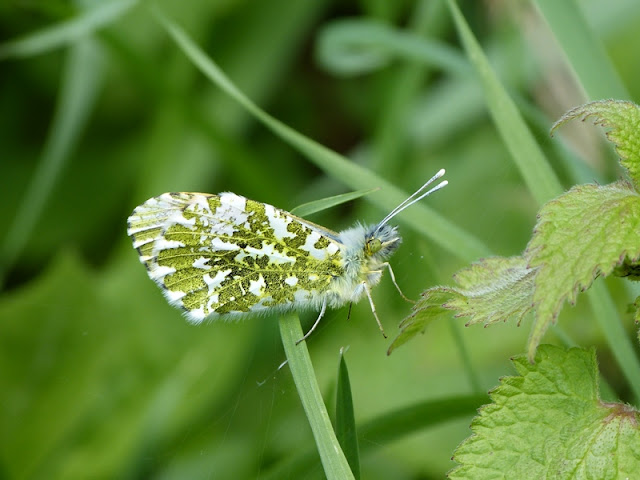 Around here the most common food plant for the caterpillars is Garlic Mustard, Alliaria petiolata. Cockooflower, Cardamine pratensis is also listed as a common food plant, but I have never found eggs or caterpillars on it. The adults feed on the flowers of both of these plants and you can see from the picture of Garlic Mustard below how the underside of the wing looks just like a flower head! 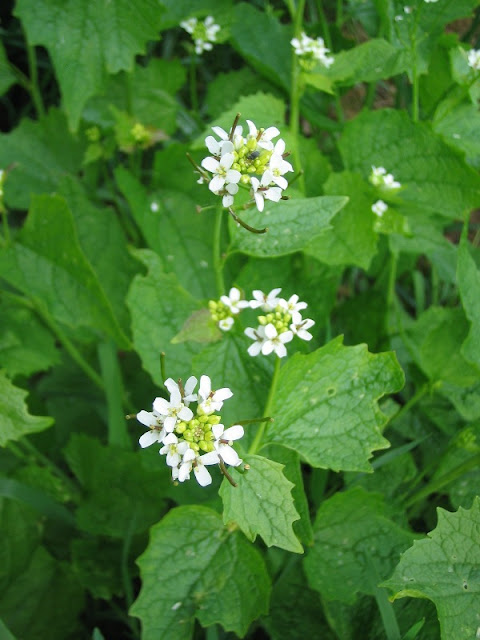 The spring and summer of 2012 was particularly rainy here and this appeared to have quite an impact on the butterflies trying to survive at the time. I didn't find one egg on any Garlic Mustard, but discovered that this year they had chosen a garden escape, Dames Violet, Hesperis matronalis to lay their eggs on. 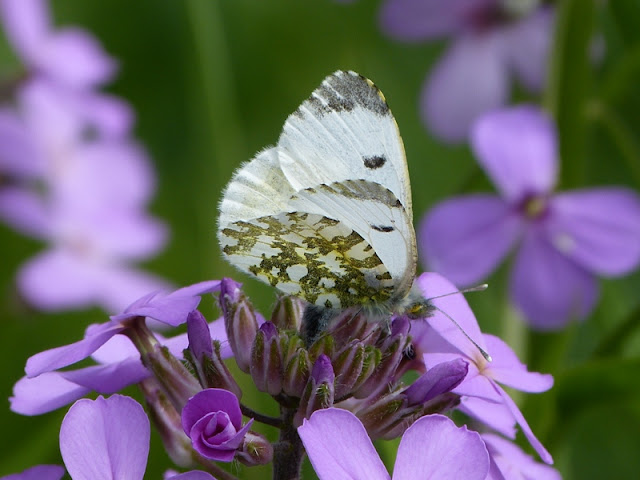 The butterfly above is laying an egg and you can see the tiny white egg on the Dames Violet below. 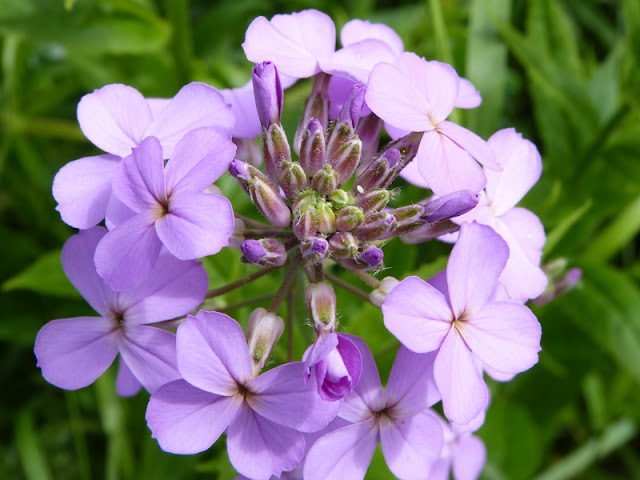 Sadly the area where I do my butterfly transect is along-side the River Tyne and in July it flooded and all of the Dames Violet was submerged. After the waters subsided I didn't find any surviving eggs or caterpillars. Hopefully, there will be others on higher ground that have survived and they will colonise the river banks again next year.

The caterpillars are cannibalistic, and the female butterfly only lays one egg per flower head.

Within a couple of days the egg turns orange ... 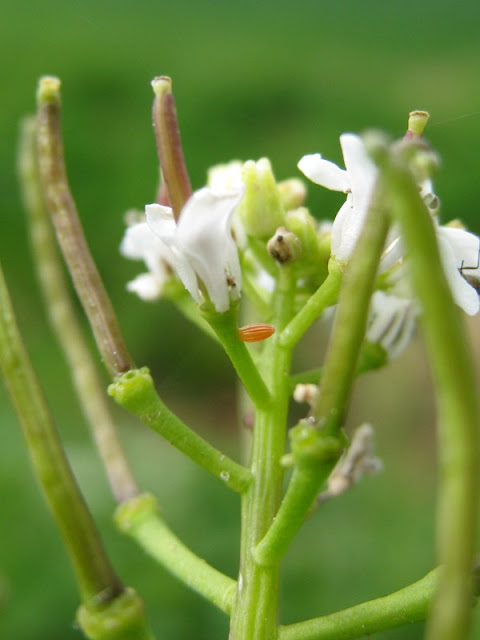 ... and the caterpillar hatches sometime between one and two weeks later depending on the temperature. 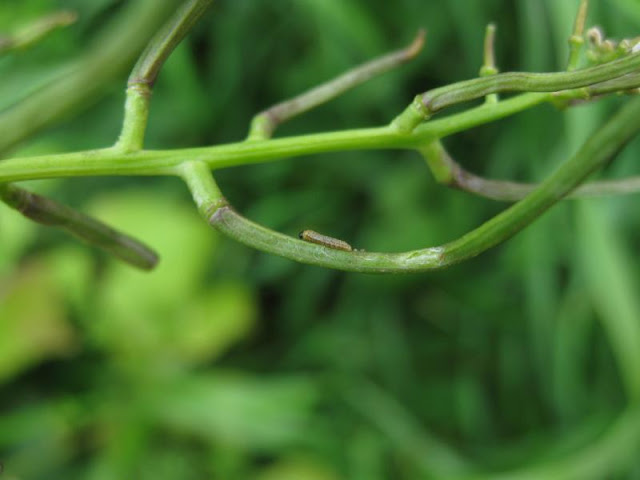 The caterpillar lives its life feeding on the seed pods and by the fourth instar it has developed a white  shading to its upper side. 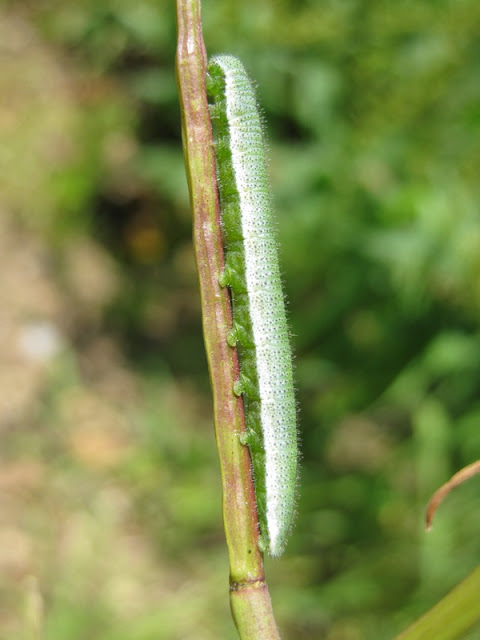 Up until this year I have never managed to find an Orange Tip chrysalis. The butterflies, eggs and caterpillars are relatively easy to spot, but the chrysalis is cunningly disguised as a thorn or bud. Last weekend I was at my father's house. He lives in a woodland and in a sunny spot I saw some dried Garlic Mustard seed heads. I spent some time searching them and the surrounding shrubs and I was delighted to find a chrysalis on a dried seed head of a Garlic Mustard plant growing in the wall of a derelict mill. I was thinking that if we have heavy snow this winter the Garlic Mustard plants would be flattened, but the plant with the chrysalis was beautifully sheltered under the branches of some elm trees. It is amazing that butterflies seem to consider these things when they lay their eggs! 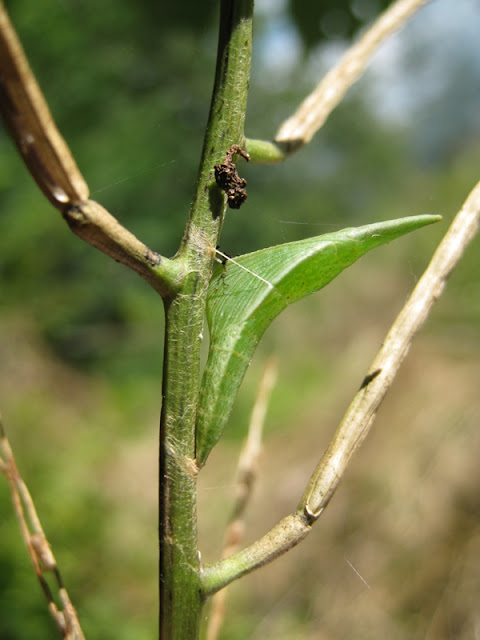 I have been told that there are two colour forms of the chrysalis. Brown is more common than green. Now I know what I am looking for I will have a look for some more the next time I visit my dad. It is amazing to see the way the caterpillar has woven silk onto the stem of the plant to attach itself. It should remain there until next April, when hopefully it will emerge into a beautiful butterfly. 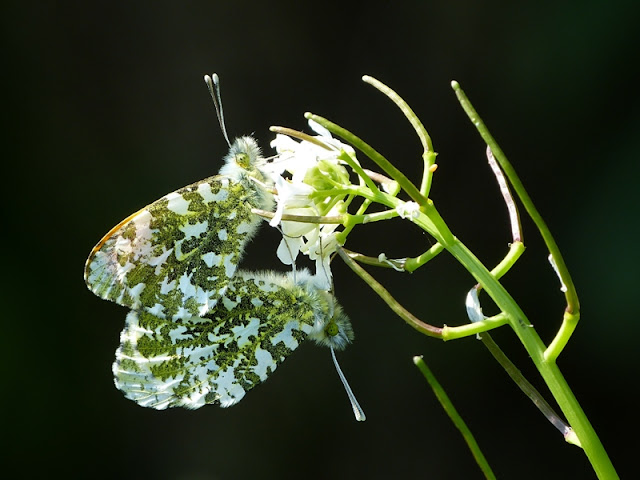