Last year I tended to take a lot of pictures of butterflies on our land using my phone. I would always have my phone in my back pocket whenever I was working outside and it was easy to take a quick record shot, rather than running to the house to get my camera, only to discover that the butterfly had then flown away!

Imagine my horror earlier this year when I discovered that all my pictures had disappeared from my phone. Luckily Google Photos automatically backs up every picture I take and so I have spent many evenings sifting through them and downloading the better pictures onto my laptop. 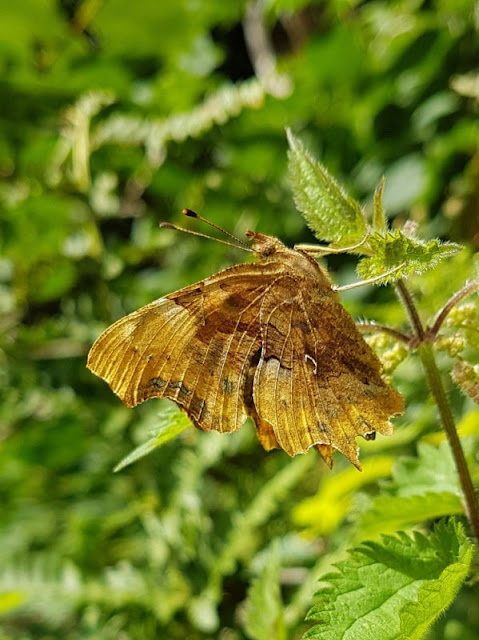 Amongst the pictures I was keen to save were some of a hutchinsoni form of the Comma that I saw last August. This is a lighter form of the Comma, Polygonia c-album, which it is thought is a result of the caterpillar developing while the day length is increasing. i.e before mid-summers day. 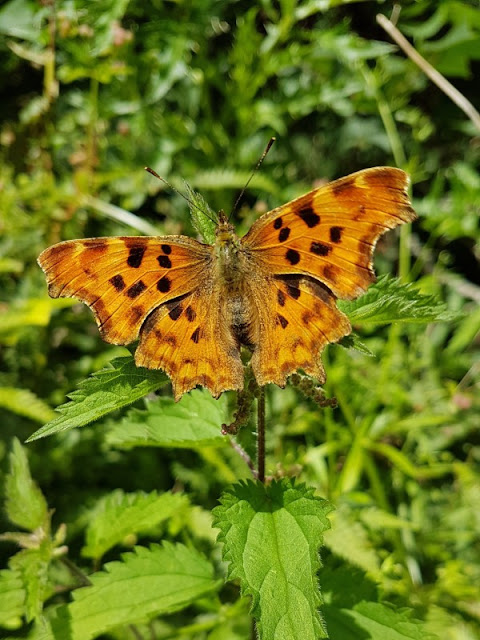 This form goes on to breed again the same year. Normally, in Scotland, the Comma just has one brood a year. The double brood is more common in England. This is the first time I have seen this form of Comma, but apparently a few have been seen in southern Scotland in the last few years. Possibly another sign of the climate changing, or maybe just a result of the lovely weather we had last spring.

Here is the normal form of the Comma. 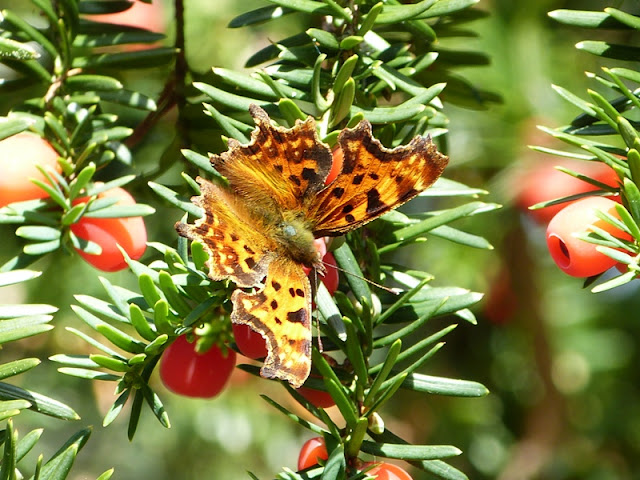 And in contrast here is an interesting dark Comma I saw a few weeks later. This gave the impression of being a purple butterfly when it was flying. 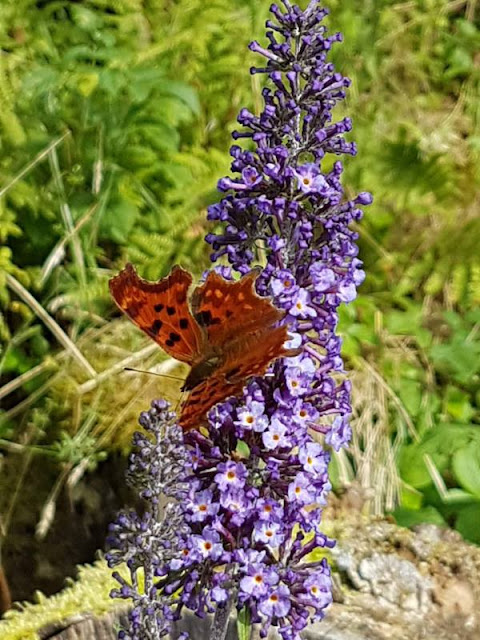 Also, in August I found a cluster of Small Tortoiseshell caterpillars. 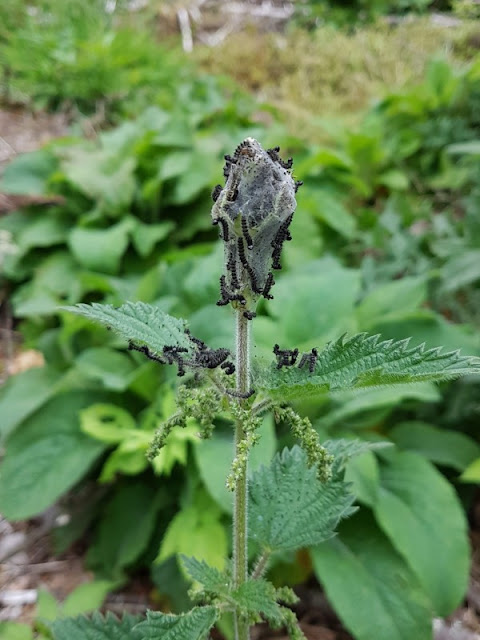 Here the Small Tortoiseshell, Aglais urticae, is normally single brooded, but further south there are two generations a year. I have never found caterpillars that late in the year and this was definitely a second brood. Again, probably the result of the great spring. I reared one of the caterpillars, which emerged from its chrysalis on 11th September, very much later than the usual early July. 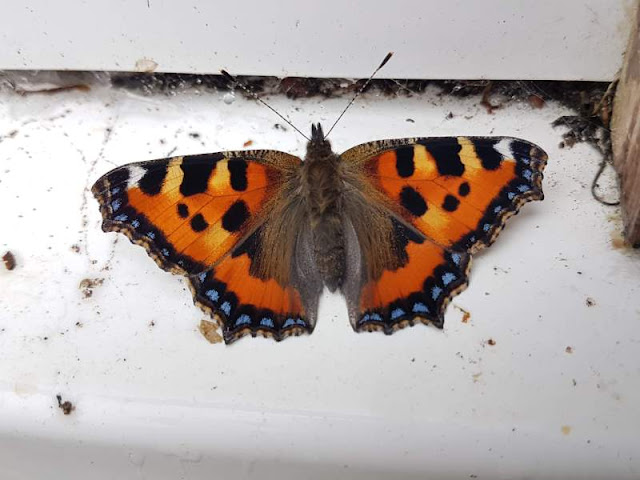