Inspired by my visit to Inchkeith island to look for over-wintering butterflies last November, I have been occupying myself this winter looking for hibernating butterflies here in East Lothian.

I started by looking in a local ruined castle. It has an underground chamber, which I thought could be perfect for butterflies to shelter in for the winter. I didn't find any in the main chamber, but the tunnel leading into it had two Peacock butterflies, Aglais io, in it, just behind this arch: 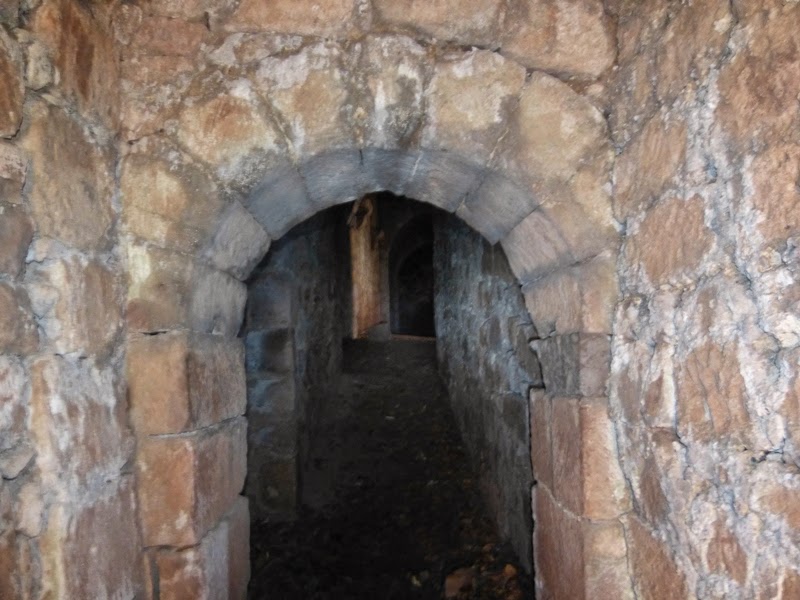 I think there was too much light in the main chamber, but the tunnel was very dark. 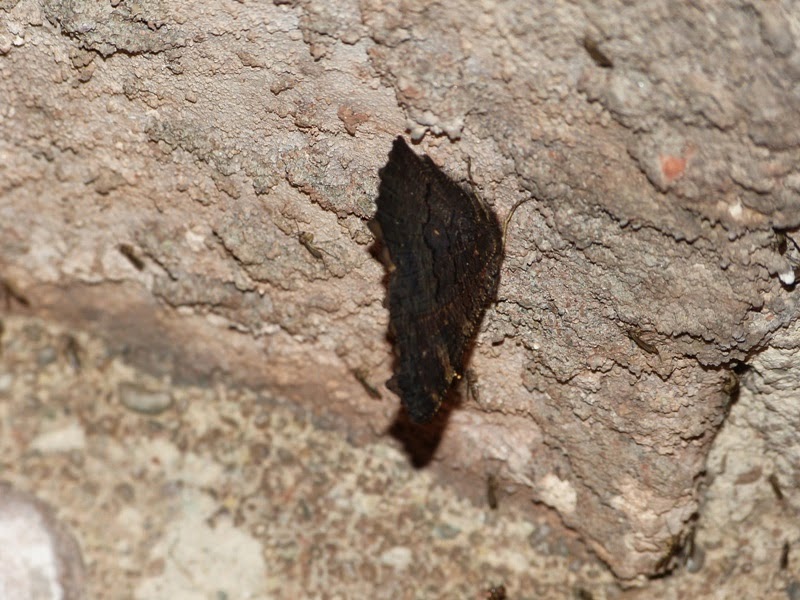 After that a friend and I were given permission to have a look around the buildings on a large estate near the coast. We checked out some of the buildings, including the boathouse and curling house, but they were both too light. Unfortunately, the most likely buildings, including an ice house were locked up. However, we found an old stone shed in the walled garden and sneaked a look around the door. There in the rafters we spotted several Peacock butterflies. Unfortunately, my camera couldn't focus on them in the dark. We think there were at least 18 in this group and there were two other smaller clusters. 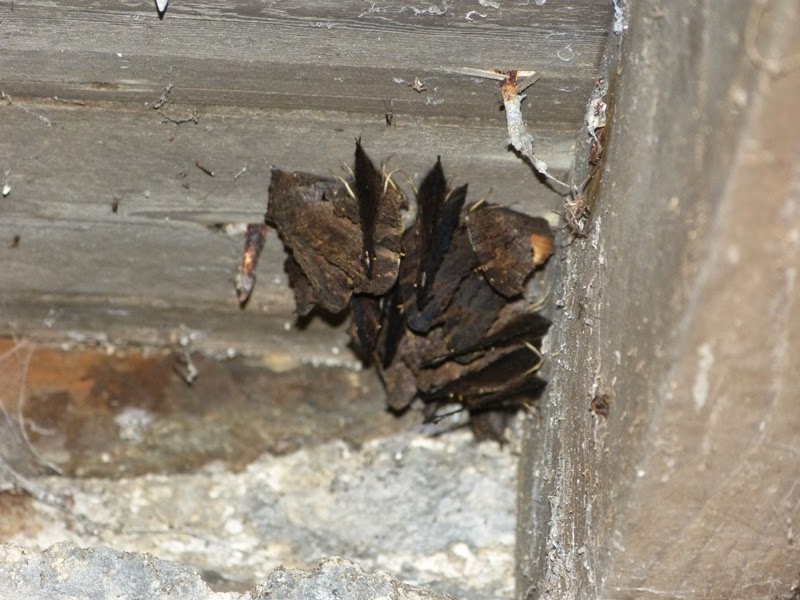 On another occasion I checked out the old bread oven in another castle. 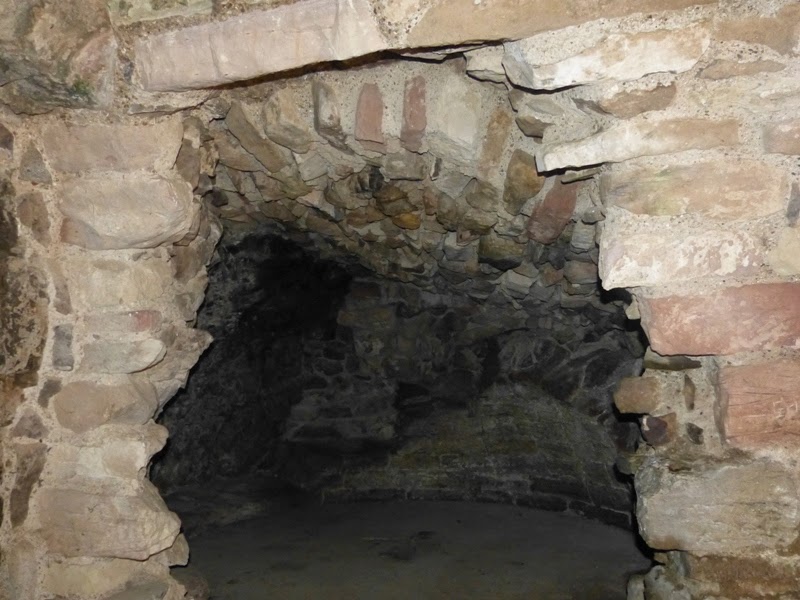 Initially, I thought there was nothing there, but then I noticed a Small Tortoiseshell, Aglais urticae, in the crack between two stones. 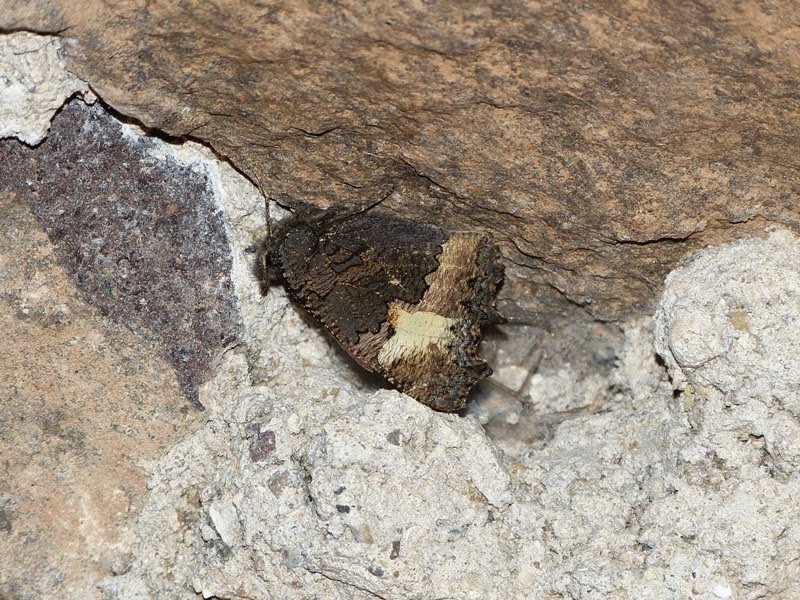 It wasn't until I was looking at my pictures that I noticed that what I thought was one butterfly turned out to be two roosting next to each other. These two are perilously close to a spider's nest. 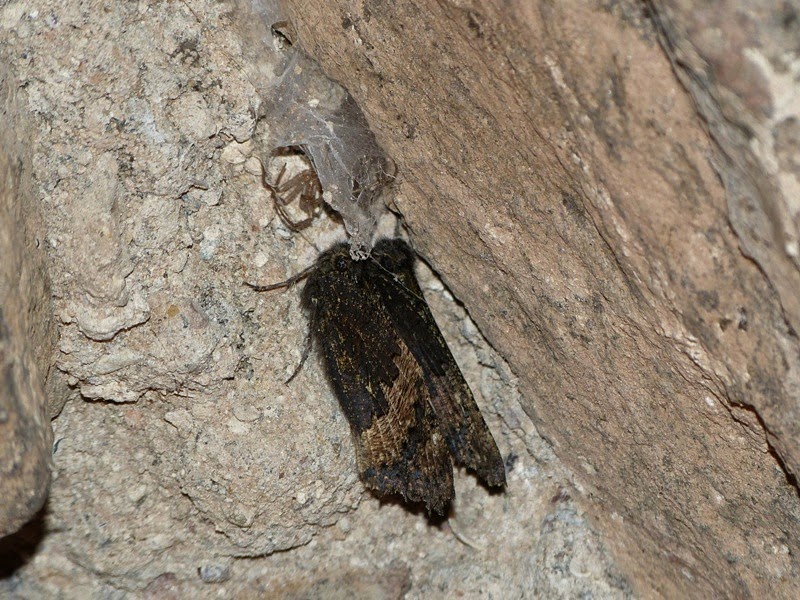 There were 16 butterflies bin total scattered around the oven. I found it interesting that the first two locations had only Peacock butterflies and this castle had only Small Tortoiseshells.

At work, I met an archaeologist and I mentioned to him what I had found and asked him if there were any other old buildings he could recommend. He suggested a ruined house on the coast that had an old bread oven in the cellar. 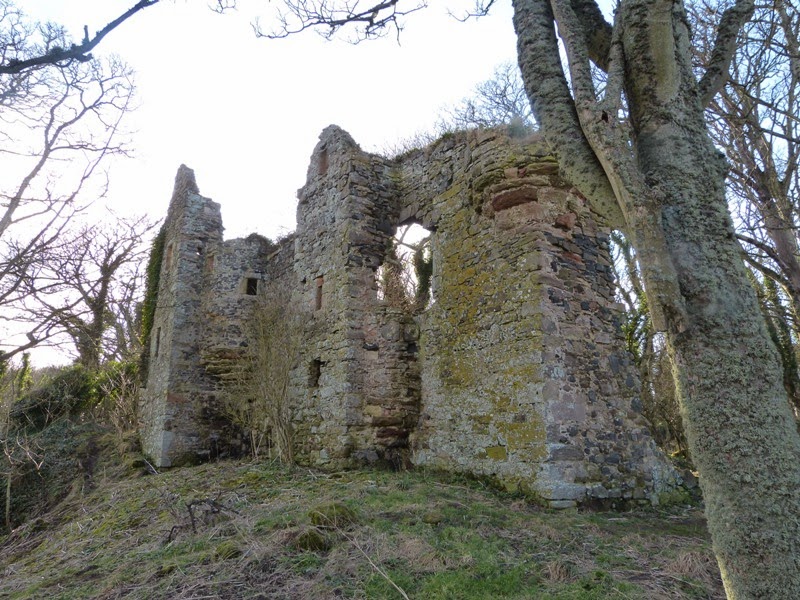 Sure enough when we looked inside the bread oven there were some Peacock butterflies. 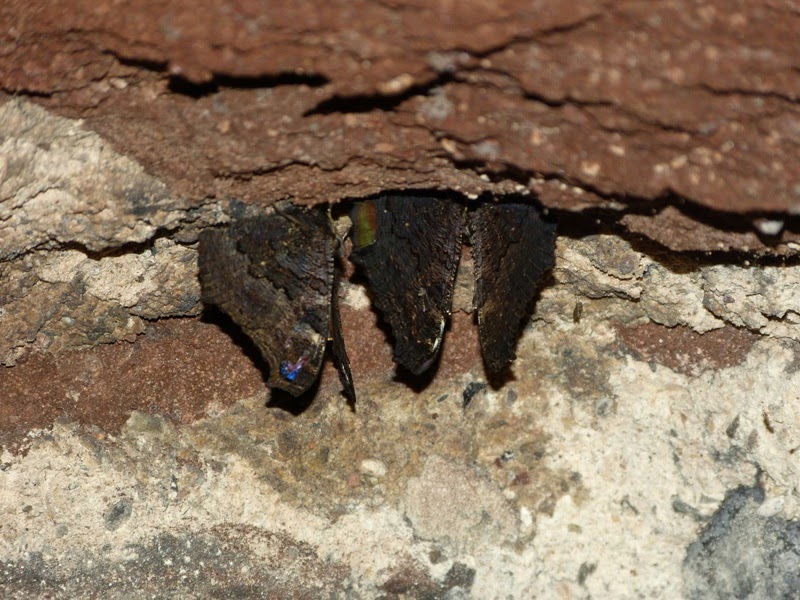 Some of them were rather worn, showing the colour of the upper side of their wings. We found eleven Peacocks there. At each of these locations I also spotted Herald moths and mosquitoes sharing the winter accommodation.

I rent an old barn on a nearby farm where I keep a couple of old cars and our log supply. Last weekend I was collecting some logs when I noticed some butterfly wings on the floor. The more I looked the more I found. I counted over 100 individual wings, which would mean at least 25 butterflies. Most of the wings were from Small Tortoiseshells, but there were about ten Peacock wings, too. 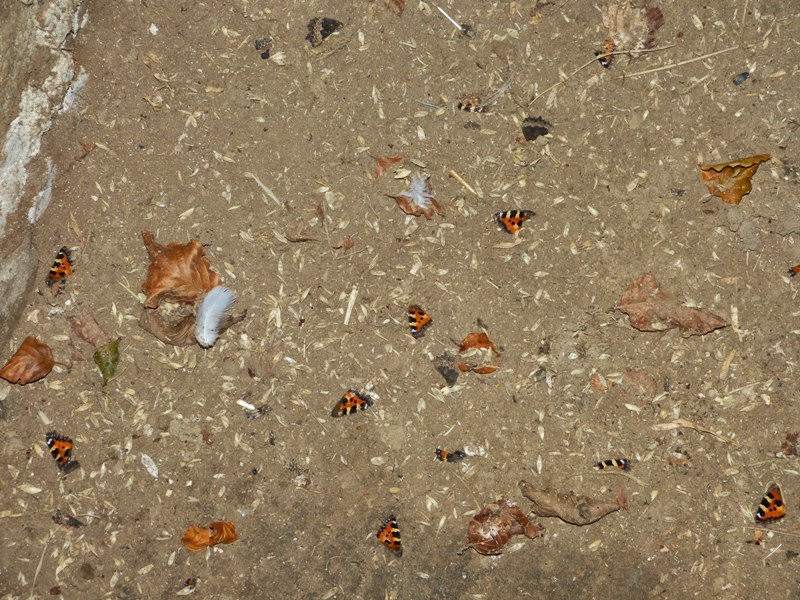 A couple of years ago we stapled some thick polythene sheeting across the rafters to stop pigeons roosting there. This must have created a nice dark space for butterflies to hibernate. Unfortunately, I guess it is also home to several spiders, which have been enjoying a good feed. I hope that a good number of butterflies have managed to make it through the winter and will soon be flying around the farm.

Last week I received my first 2015 record of a butterfly flying in East Lothian. I am excited to think that I will soon be seeing butterflies again. But, strangely, I am looking forward to next winter now that I know the sorts of places to look for hibernating butterflies!
Posted by Nick Morgan at 21:26 14 comments: