I have to admit that I do find this time of year a little depressing. The long Scottish summer evenings are noticeably shortening each day, the temperatures are dropping and the butterflies are decidedly tatty!
The Swallows have started to gather on the power lines, psyching themselves up for the long flight to Africa. I'm actually rather envious. I would love to spend some time in Africa in search of insects! 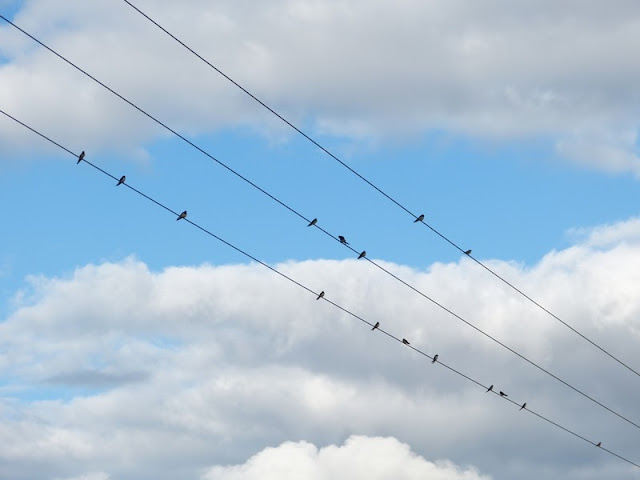 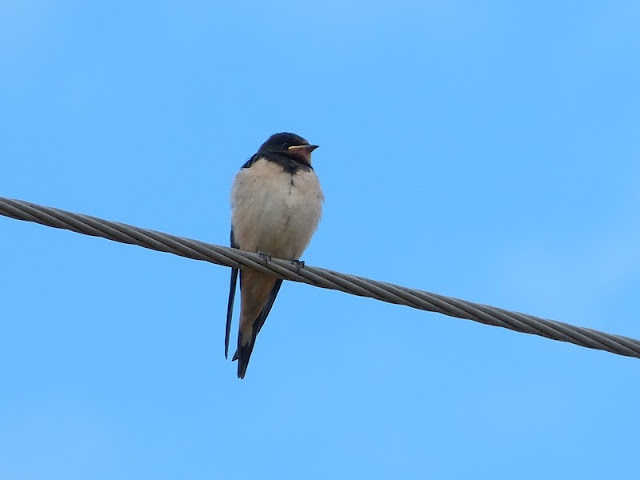 I had a surprise package arrive last week. My wife phoned me to say that an envelope had dropped through the door, which said "Live insects, handle with care"! She opened it to find a little container with four caterpillars in it! Four years ago I ordered some Small Copper, Lycaena phlaeas, eggs. They didn't arrive because of a lack of stock, and as they were part of a bigger order I wasn't to concerned. The following year I inquired about them, but heard nothing more and so I forgot about them. Now I have some little companions to keep an eye on over the winter! I rushed out and dug up some dock plants and put them in a pot and so far the caterpillars are doing well. 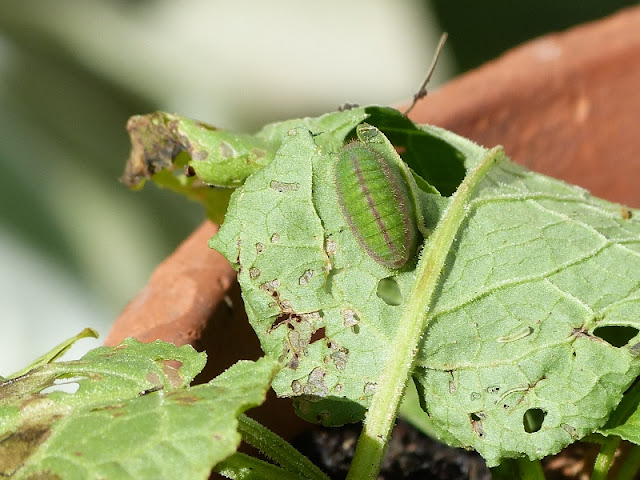 I also noticed that our neighbour has a row of Nasturtiums planted along the foot of her fence outside her garden. These have become more skeletal over the last few days as a result of the abundance of Large White butterflies, Pieris brassicae. They have obviously laid a lot of eggs and the Nasturtiums are covered in caterpillars. Amongst them are a few Small White, Pieris rapae, caterpillars. 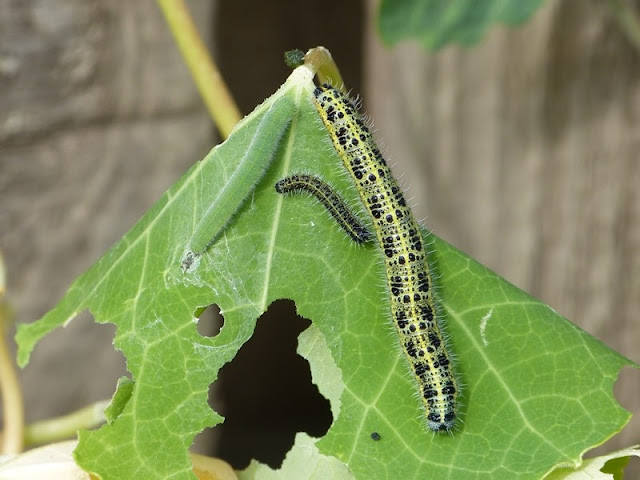 Knowing that our neighbour is a very keen gardener, I am sure the Nasturtiums will soon be pulled up, so I took the opportunity to liberate a few of the caterpillars and put them on our Nasturtiums.
I even noticed that most of the Garlic Mustard plants around the fields are covered in Large White caterpillars. I hope the farmer doesn't plough too close to the edges and that these caterpillars make it through to adulthood. 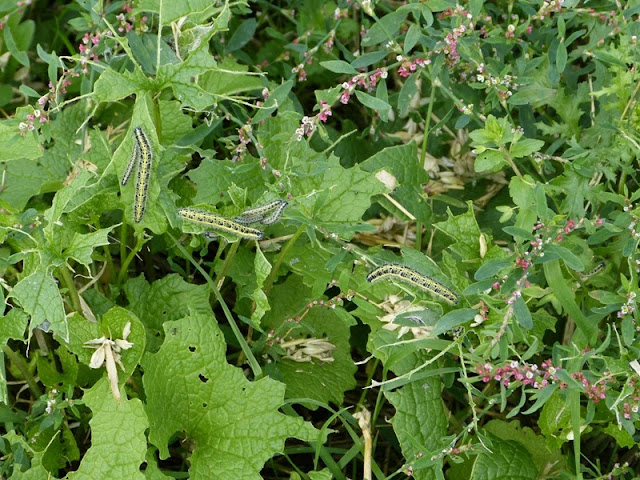 During August there were more Large White butterflies here than I have ever seen before. Some years I only see about ten in total, but this year I have been getting used to seeing more than 20 a day. Hopefully a good proportion of the progeny of this year's butterflies will make it through to next year. 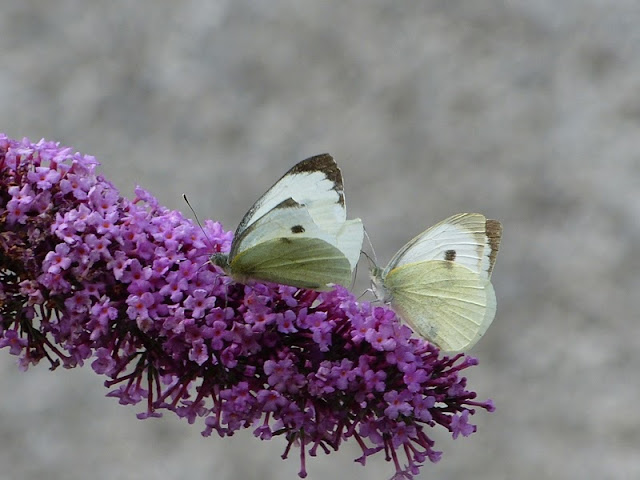 The adults are starting to look rather tattered now. There are also quite a few Peacocks, Aglais io, still flying. 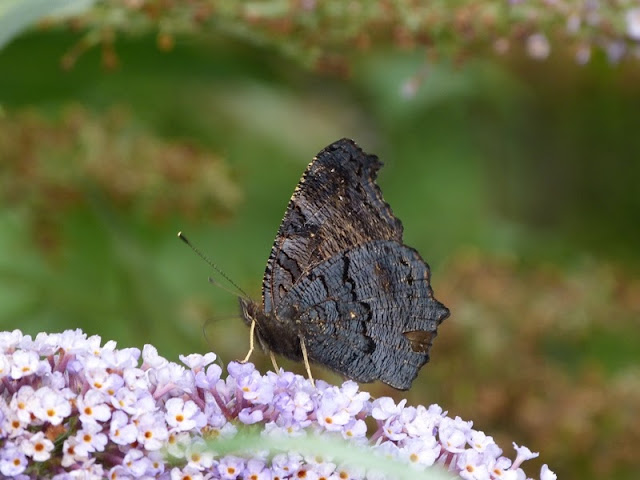 I have allowed a patch of Pepper Mint to take over a corner of our garden as the flowers are proving to be very attractive to all sorts of insects. I would love to be able to identify the bumble bees that are all over it, but I find it really difficult to separate one from another. 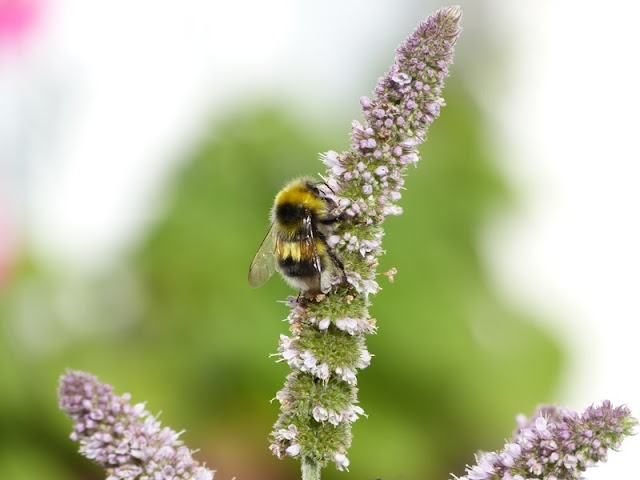 The mint has even taken over much of the pond. The frogs don't seem to mind, though. Under all of that weed there are hundreds of tadpoles. I don't know why they haven't developed more quickly. Normally they would be little froglets by now. 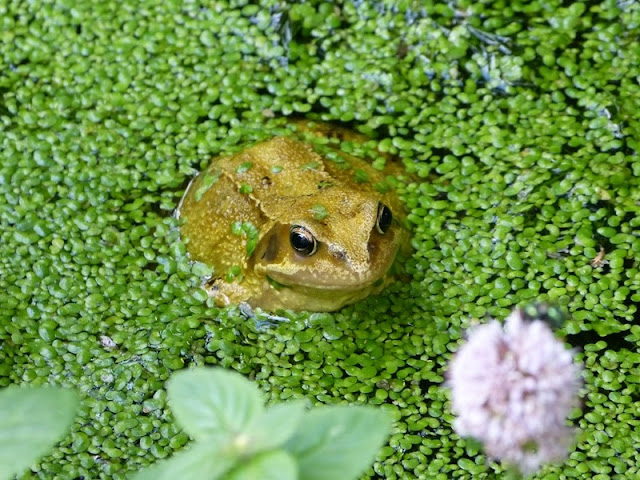 It is a funny thought that although, in a month or so, I won't be seeing any more butterflies there will be eggs, caterpillars, chrysalises and adult butterflies hiding away waiting to emerge next spring. This year has been fantastic for butterflies. I really hope that next year will be as good!
Posted by Nick Morgan at 22:16 8 comments: