Most years I find several groups of Peacock and Small Tortoiseshell caterpillars on nettles, but strangely this year I haven't found any at all. I had feared that the late spring had meant that very few had been able to breed this year, but luckily in August the Buddleia bank was covered in Peacocks, Small Tortoiseshells and Red Admirals, so they must have laid eggs on a patch of nettles close by, unnoticed by me! 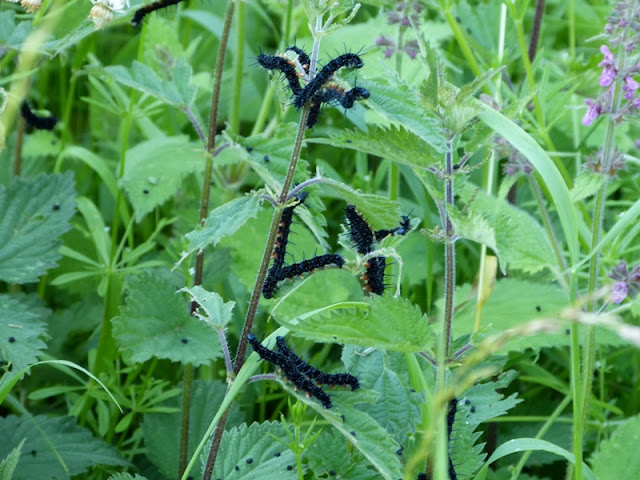 Last year there were several groups of Peacock caterpillars on the nettles in my meadow. I collected a couple of caterpillars in June and kept them in a mesh cage so that I could watch then develop.

On 4th July both caterpillars crawled up to the top of the cage and formed a J-shape and they formed into chrysalises on the 7th July. 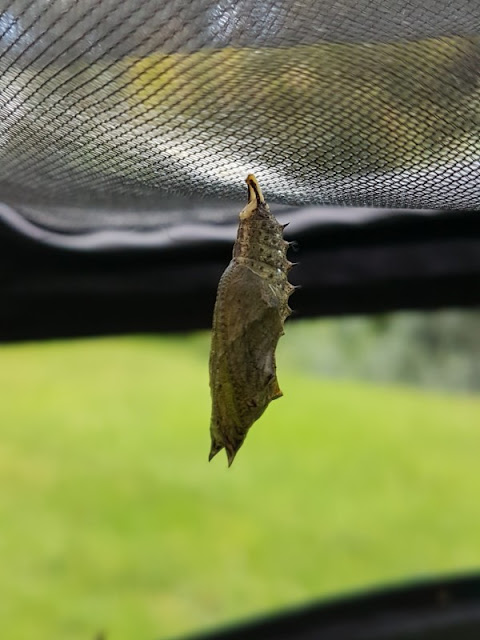 On the 31st July one emerged at 11am. As always I missed this happening, having checked the chrysalis a little earlier in the morning. So I placed the twig that the other chrysalis was attached to on my desk, next to where I was working. At 4.45pm I heard a crack and noticed that the chrysalis had split open, so I grabbed my phone and managed to film the butterfly emerging.

Chrysalises tend to colour up a couple of days before the butterfly emerges, so it is reasonably easy to know which day the emergence will happen. I I used to imagine that they would emerge in the morning of a sunny day, but I have known butterflies appear in the early hours of the morning through to late afternoon and I have also had them emerge on dull, rainy days. 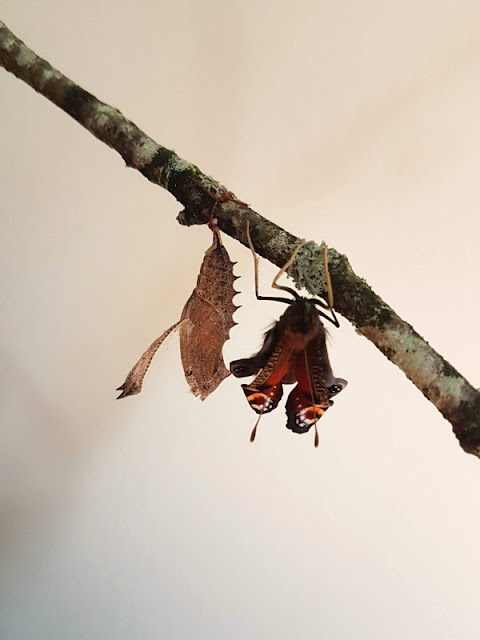 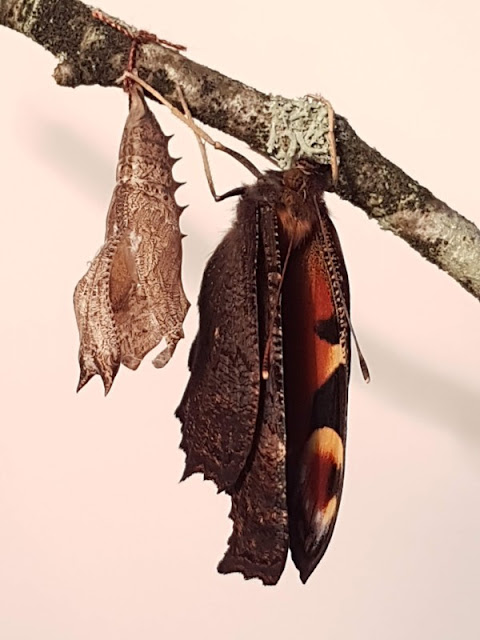 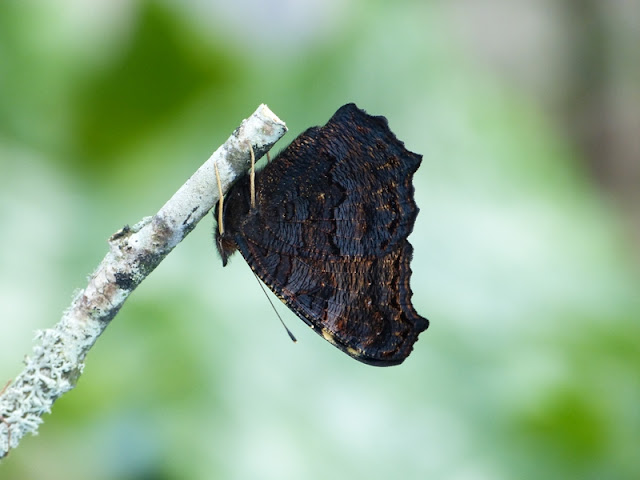 It was such a thrill to see this butterfly emerge. By the time its wings had dried out it was too late to release it that day. The following morning it was still on its twig, so I took it outside into the sun where it quickly took off. 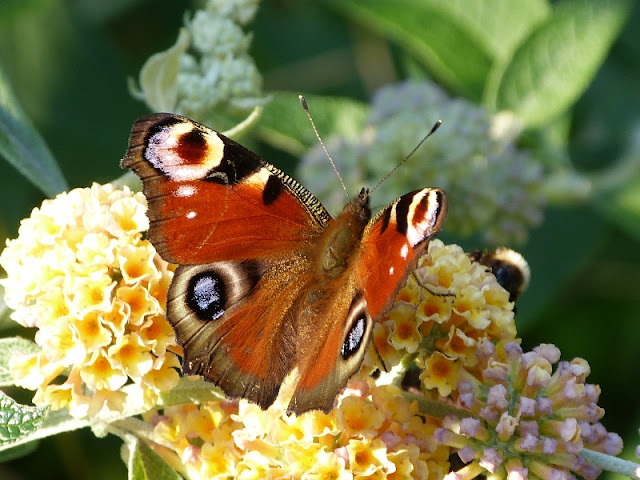