Although I believe that it is best to leave nature to do its own thing and not to interfere, I sometimes I think it could do with a helping hand. The spring of 2020 was lovely, but the weather took an unfortunate turn for the worse in June.

In April and May of 2020 there were a lot of Orange Tips flying around and I found loads of eggs and caterpillars. Unfortunately, we had a lot of heavy rain in early June and most of the caterpillars I had been watching disappeared. After one particularly heavy shower I could only find one caterpillar, so I popped it on a Garlic Mustard plant that I had in a pot and put it in a mesh cage for safety. 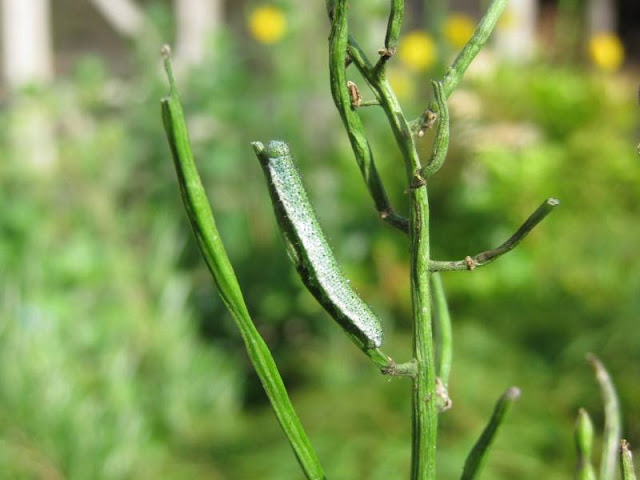 On 27th June the caterpillar attached itself to the seed head with a girdle of thread and formed into a J-shape. It stayed like that for 3 days before shedding its skin and forming a chrysalis. 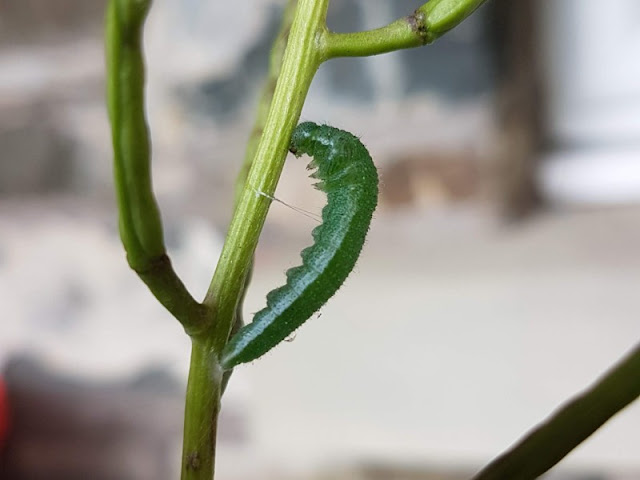 I kept the chrysalis in a mesh cage under an overhang of the house. It remained there all winter and eventually emerged into a butterfly on 11th May 2021. I was surprised as this was a dark cloudy morning and only 10 degrees. However, I had noticed its colour change over the previous week, so possibly it couldn't delay the process any longer. 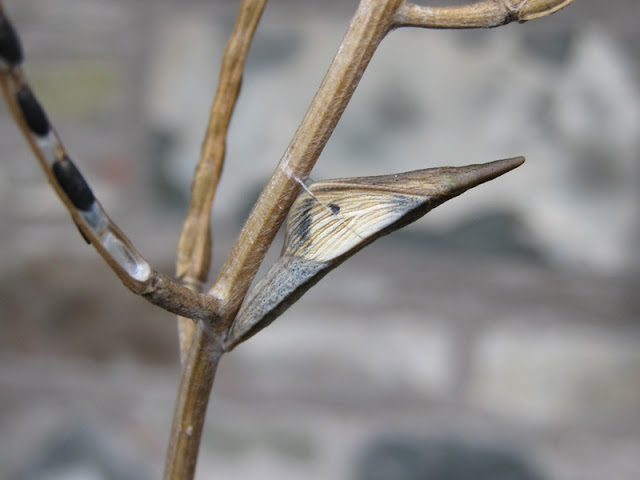 As each Orange Tip's under wing pattern appears to be unique I was able to photograph any I saw and discovered that my Orange Tip was still living on 24th May. It had survived though a horrible period of weather with several periods of really heavy rain. 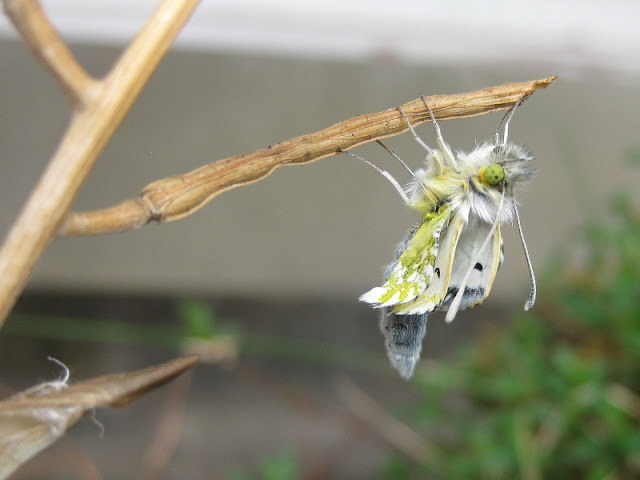 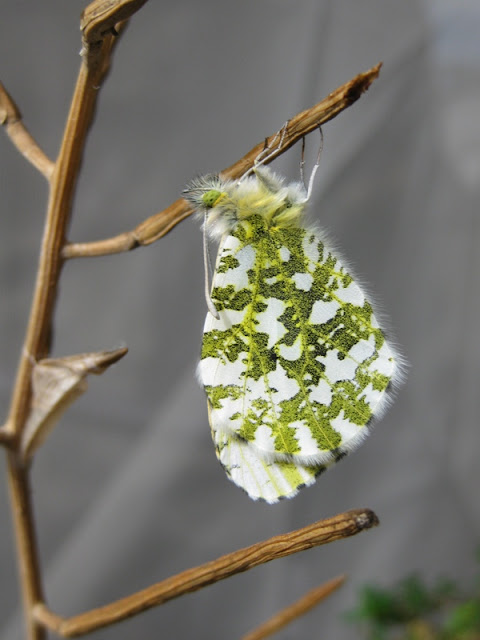 I often wonder if butterflies can survive heavy downpours or prolonged periods of rain and this one proved that they can. I have also wondered when I see an Orange Tip if it is the same one that I had seen the previous day, or if it is a new one that has flown into the area. Checking through the photographs I took this year, I have identified at least 28 different Orange Tips and only a few of them were seen on more than one occasion. 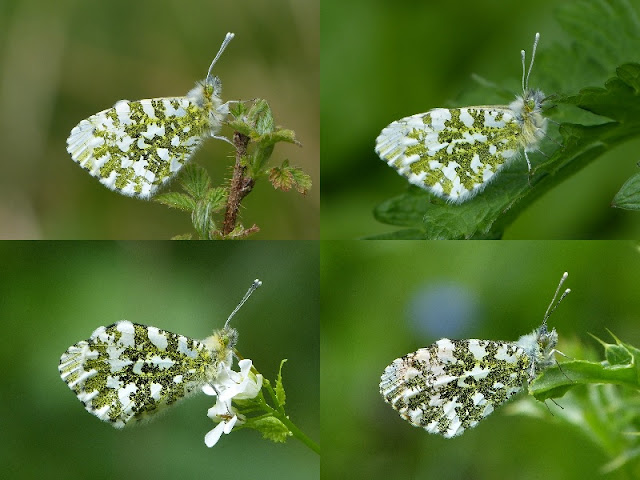 This spring I was pleased to see plenty of Orange Tips flying around. There were so many that quite a few Garlic Mustard seed heads had more than one egg on them. This is unusual, as it is thought that Orange Tip caterpillars are cannibalistic. I noticed two Cuckoo Flowers growing on the edge of our pond which were proving very attractive to female Orange Tips. When I checked one plant had seven eggs on it and the other had nine. These are really small plants and I find it hard to believe that there is enough to eat in one plant for just one caterpillar. 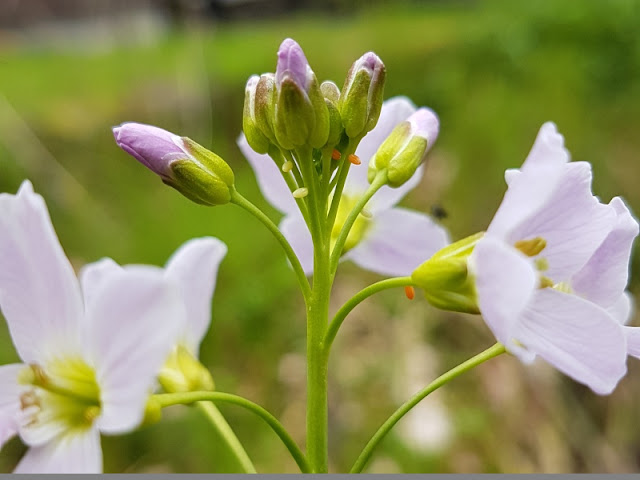 A few days later I checked and the eggs had all hatched. I kept an eye on them and then suddenly on day 8 all the caterpillars were gone. I don't know if they were eaten or if they all decided to go and look for something more substantial to fee on. I think I will try to grow a Cuckoo flower in a pot next spring and see if I can attract an Orange Tip to lay an egg so I can see if the caterpillar stays on the plant.
Posted by Nick Morgan at 20:00