In the autumn of 2019 I was clearing some debris out of the stream that runs through our property when I noticed an Orange Tip chrysalis on a Garlic Mustard seed head that was growing out of the bank. The chrysalis was hanging upside down, as the girdle of silk that would normally hold the chrysalis upright had broken. I thought it looked rather vulnerable, particularly if the water level rose in the stream, so I cut the stem and stuck it into a flowerbed next to the house.

I kept an eye on it and a couple of weeks later I noticed the chrysalis had fallen off the stem. So, I picked it up and put it in a container on a shelf in the garage.

Elsewhere I had noticed two other chrysalises that were hanging upside down on Garlic Mustard seed heads, so I decided to cut the stems and I kept them in the garage over the winter for safety. 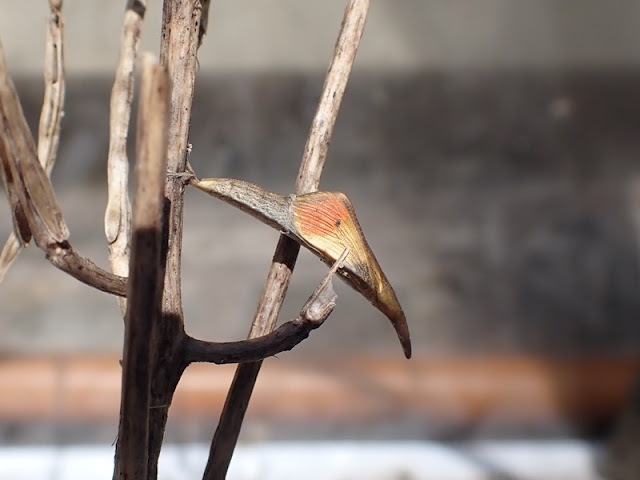 I only found one other chrysalis and as this was attached securely to another Garlic Mustard stem I decided that it was probably best left alone. 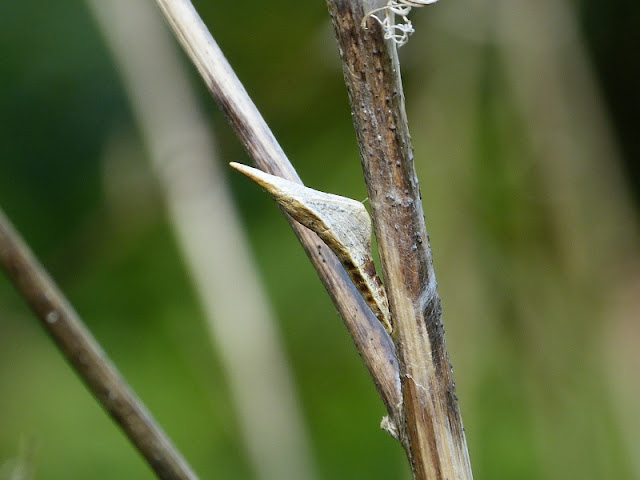 They remained in the garage until the beginning of April last year when I decided it was time for them to go outside into a little mesh cage under an overhang on our house. Throughout the time that I had them, I occasionally sprayed water onto the chrysalises using a tooth brush.

I have reared Orange Tips in the past, but I had always been at work when they had emerged. In 2020, because of the Covid lockdown I was working from home, so I hoped I would be able to see them emerge.

A couple of days before the chrysalises emerge the colour of the upper side of the butterfly's wings starts to show. This gives a good indication of when the butterfly is likely to emerge and I was determined to catch that moment. I kept a regular eye on them and would check them every hour or so to see if there was any change. 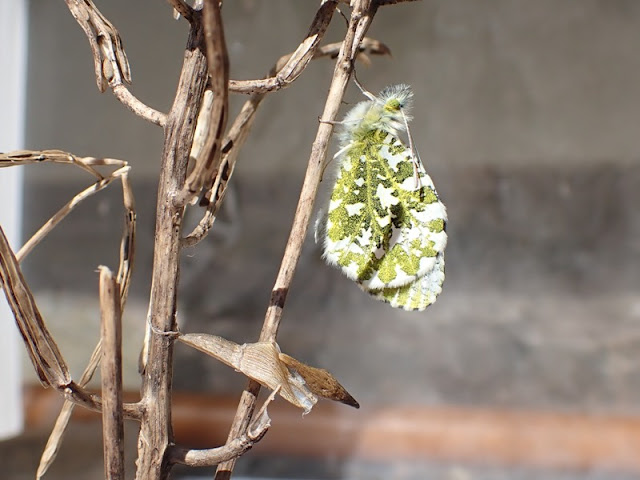 On 24 April I checked the chrysalis as usual and at 11.00am I discovered that it had emerged and fully dried out. At 11.45 it opened its wings and flew a few feet to the lawn where it sunned itself for a few minutes. Then at 11.53 it flew a few more feet onto a Cowslip, where it stayed for over half an hour before flying off. 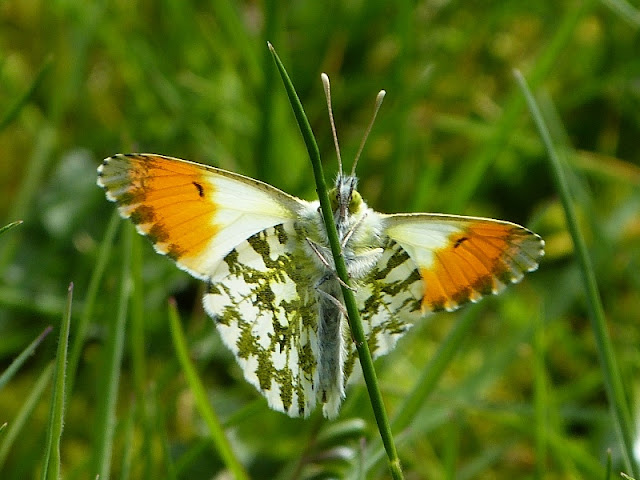 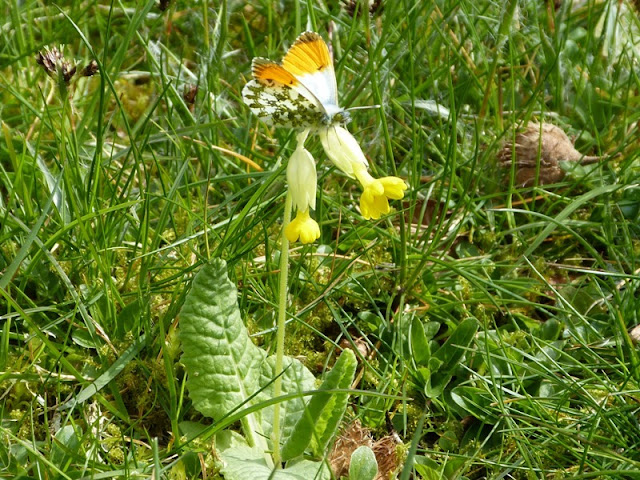 On 2 May, two days after the second chrysalis had started to colour up, I checked it at 9.25am and there was no sign that it was about to emerge, but when I looked again at 10.45 there was a butterfly sitting in the cage, ready to fly off! 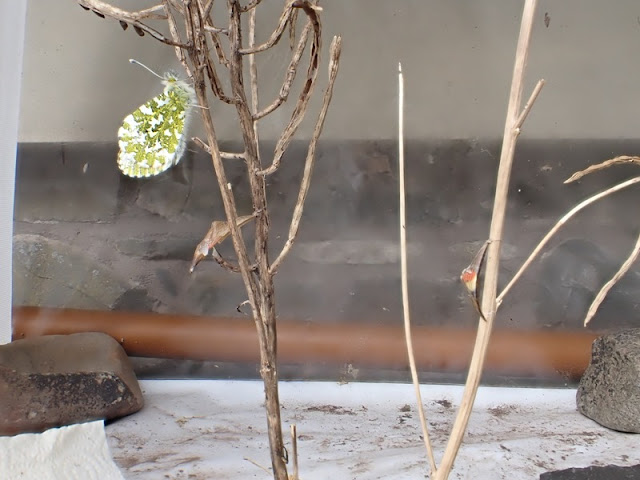 I was really determined to see the last chrysalis emerge, so I checked it at 8.20am and I was amazed to find that I had missed it again and there was a butterfly sitting there. This was long before the sun reached the place where I had the cage. 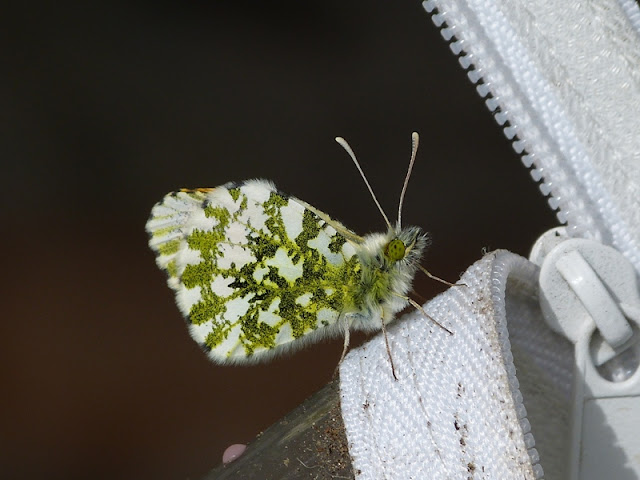 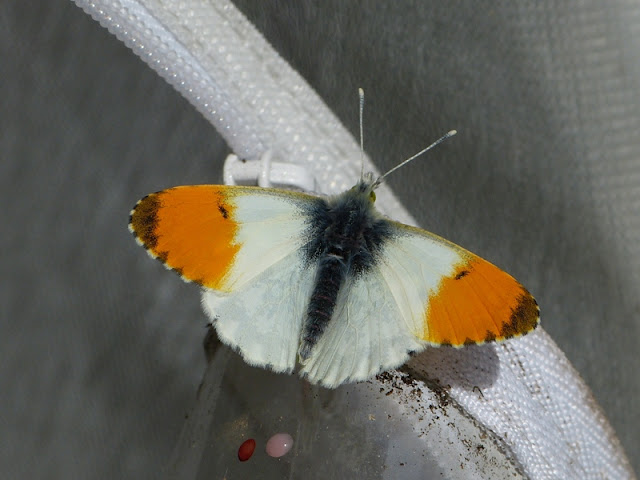 Interestingly, the chrysalis that I left in the wild failed to emerge.

I will just have to hope I have better luck this year, although I only have one chrysalis!