Last June on a lovely sunny day I noticed a Red Admiral, Vanessa atalanta, flying around our hen run, landing on some young nettles, Urtica dioica, that I had previously cut down. Once it had gone I had a look at one particular nettle plant that it had been showing a great interest in and found an egg. Thinking that it wouldn’t have a chance of survival I picked the nettle and put it in some water in the house. 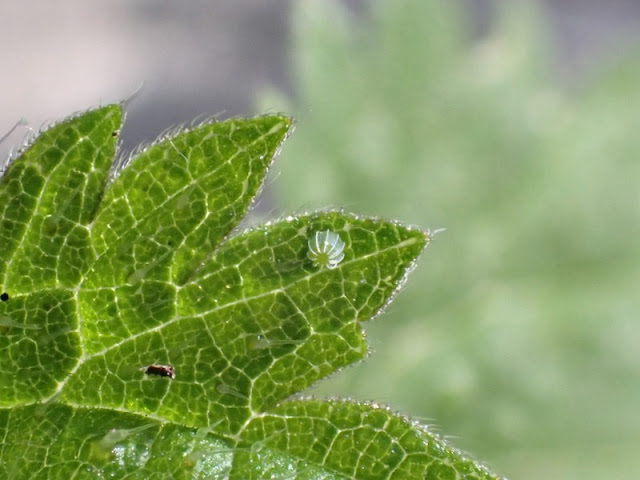 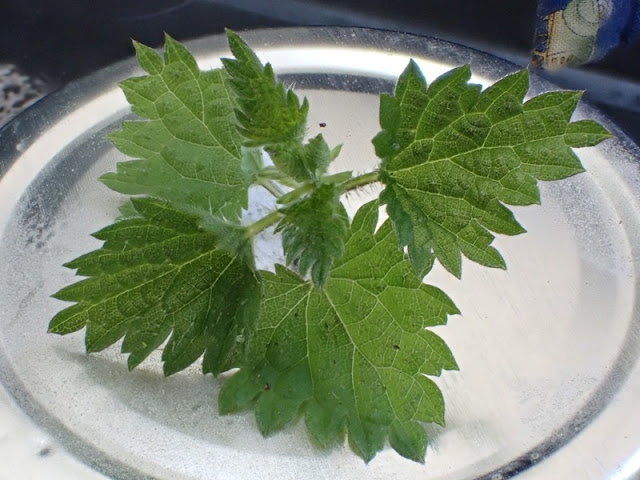 The egg was laid on the 25th June and four days later I noticed that it had hatched. The caterpillar was a clear green colour with a black head and it remained in the smallest leaves at the top of the nettle, where it weaved a small silk shelter. 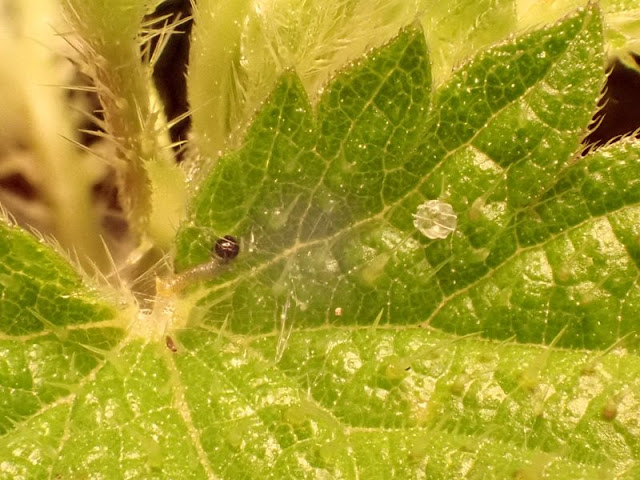 On 1st July I noticed that the caterpillar had changed into the second instar and was now dark with small spines. It was now about 4mm long. 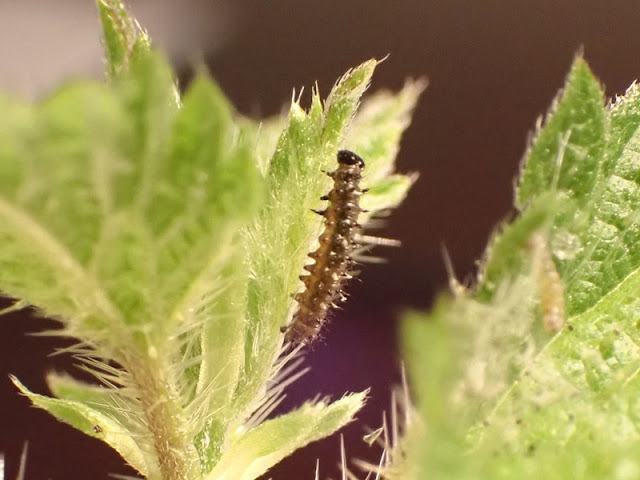 After that it was very difficult to see the caterpillar as it made itself a beautiful tent by nibbling through the nettle stem causing the top to flop over. It then wove the serrated edges of a leaf together to create a little chamber to live inside. It clearly ventured out at night and ate other leaves and on occasion would build itself a new tent. 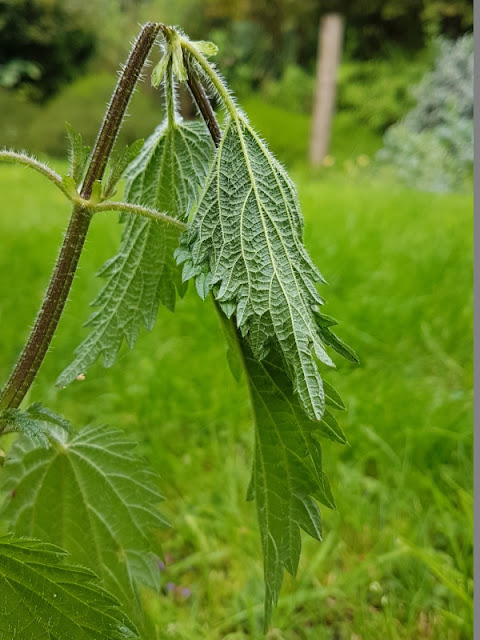 On 23rd July I noticed that it had woven itself a little silk pad and had started to hang from it in a J-shape in preparation for forming a chrysalis. 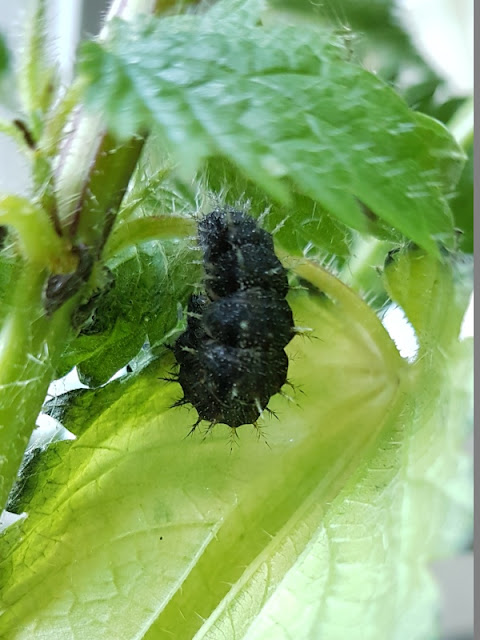 On 25th July it had shed its skin and was now a chrysalis. 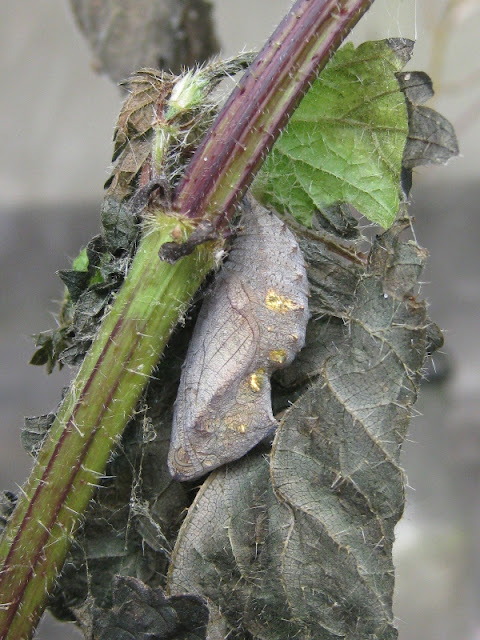 It remained like that until I noticed the colour of its wings became apparent through the chrysalis. It remained like this for a couple of days and then, despite it being in my study on the 10th August it emerged into a beautiful butterfly while I wasn’t looking! 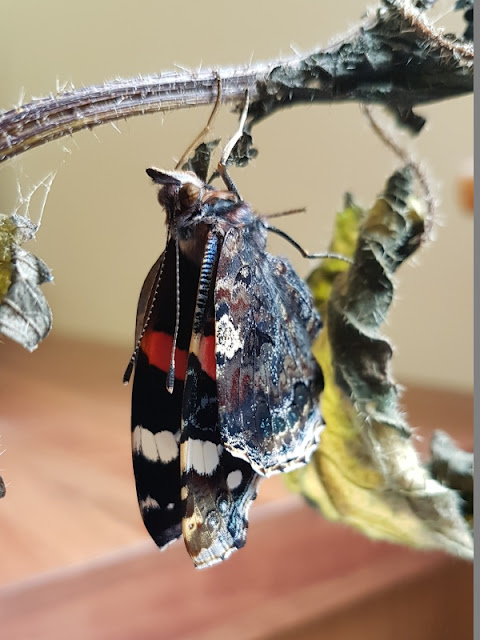 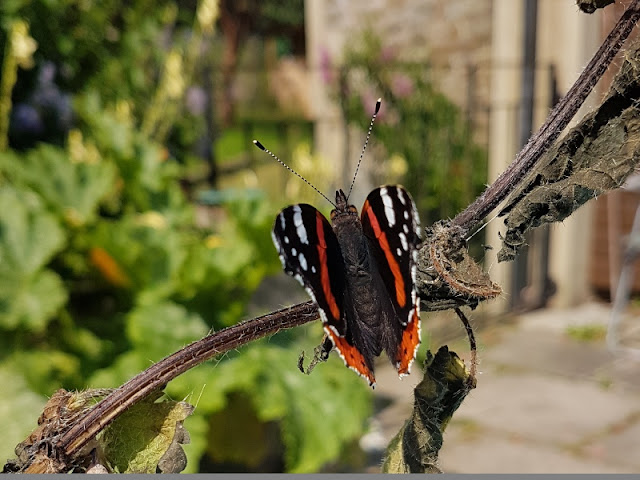 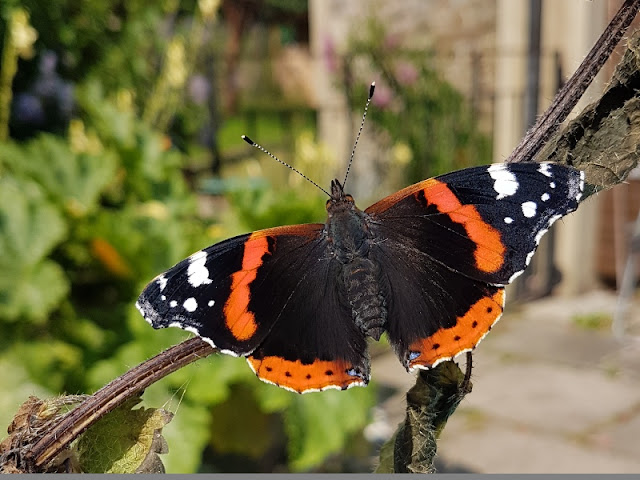 It was fantastic watching it go through the whole process from egg to adult butterfly. It was particularly thrilling watching it fly off once its wings had fully expanded and dried out. There were a lot of Red Admirals on our Buddleias later in the year and it would be nice to think that they were descended from this particular butterfly. 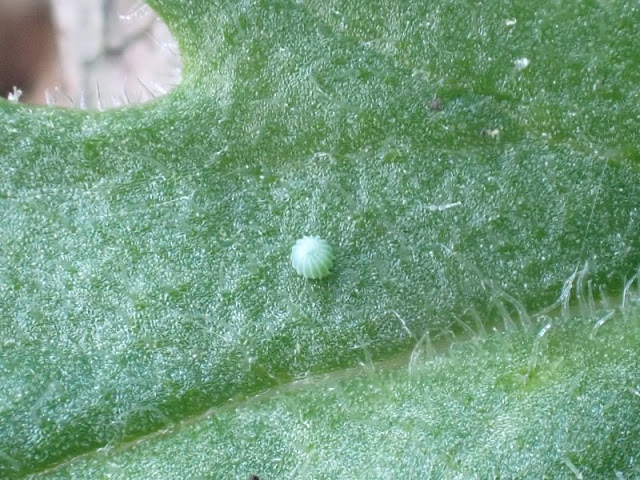 Back in June on the same day that I saw the Red Admiral laying and egg I also spotted a Painted Lady laying an egg on some Woodland Groundsel , Senecio sylvaticus. It was similar to the Red Admiral egg, but had more ribs. Sadly we had really heavy rain the following day and the egg was washed away. It would have been great to have reared it alongside the Red Admiral.
Posted by Nick Morgan at 20:17