I have mentioned in my previous couple of posts how things have changed for Speckled Woods and Wall Browns over the last five years in East Lothian. These two species have both extended their range northwards and only arrived in the county within the last ten years. 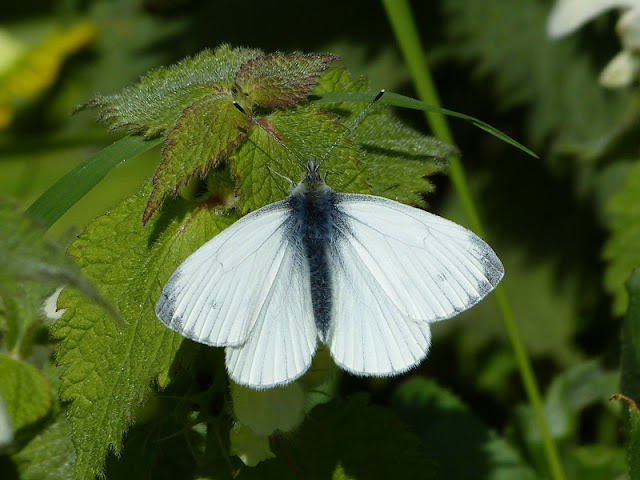 I have been comparing 2017 figures with the previous four years for all of the species occurring here and it is apparent that some species have done very much better than others. I had my own perceptions of how well each species had done, but it is interesting to see the combined records from all of the volunteers.

The problem with doing a comparison like this is that each year I have had more people send in their records  to me, so you would expect to see more records for each species. However, this hasn't been the case with many of them. 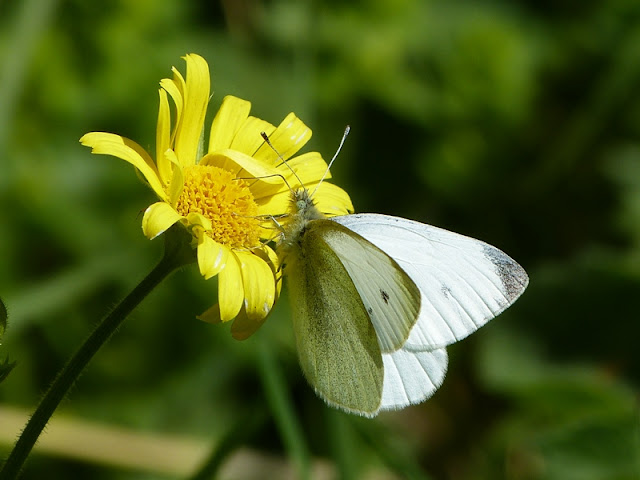 For instance, when looking at the Large White, Small White and Green-veined White, there is a marked difference in how they did in 2017. These three species that share very similar life cycles, with a spring generation and a summer generation. It is odd that the Small White apparently had a poor second generation, but the other two species did as well as ever.

In the graphs below the red line shows the 2017 records. The blue line is the average figure for the last five years. 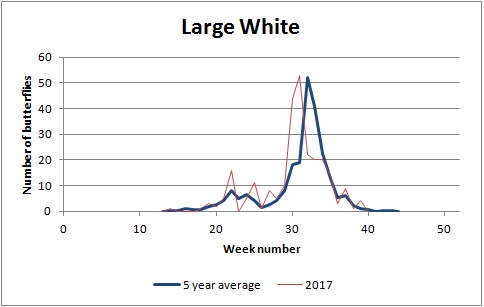 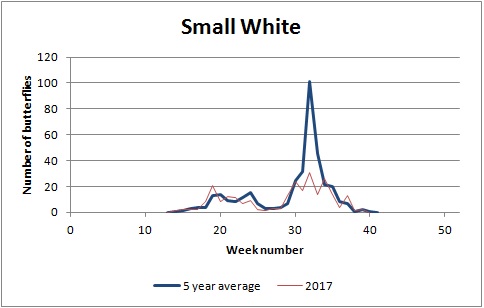 I had thought that there had been fewer than normal  Peacocks around in 2017, but when I looked at the records received they appeared to have done better than normal. 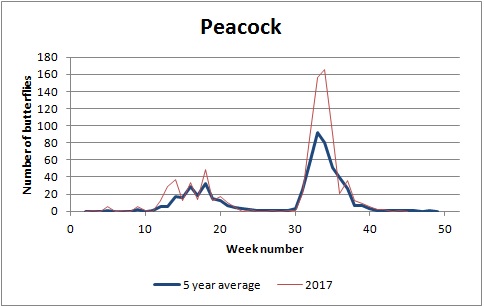 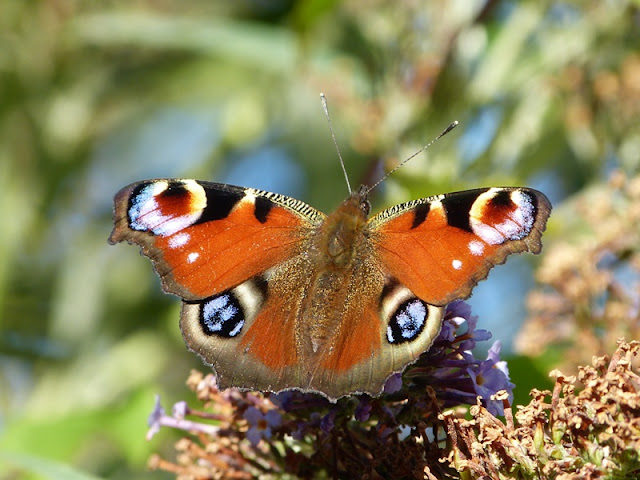 This is in contrast with the Small Tortoiseshell, which seemed to have a very poor year. I was surprised to see that there were more records than I expected. 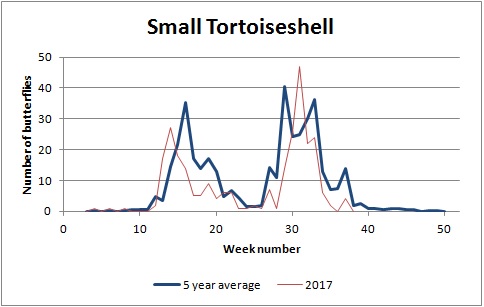 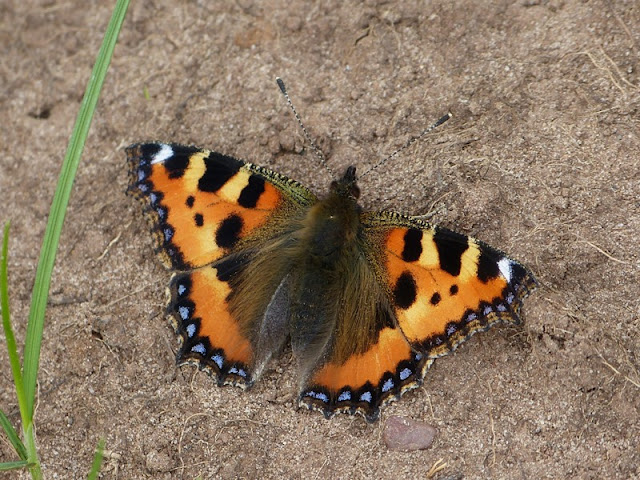 2017 was an amazing year for Red Admirals. They have been increasing in numbers over the last few years and it is thought this is because they are now able to survive the winter in the UK. Whether this is because the temperatures are warmer than in previous years, or if they have adapted to our climate is unknown. It will be interesting to see how the very cold winter we are experiencing just now will impact on their numbers later this year. 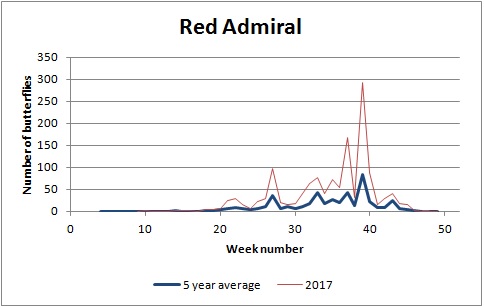 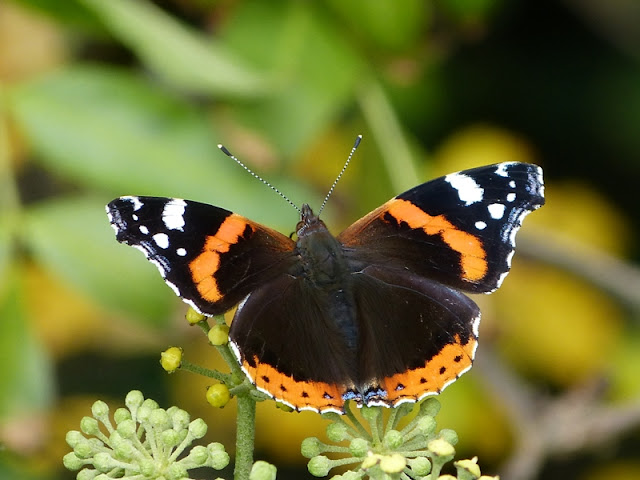 What I find most interesting is that the species, such as the Wall Brown, Speckled Wood and Small Skipper, which have all moved into East Lothian in the last nine or ten years, have continued to increase in numbers, while some long-established species have been declining. 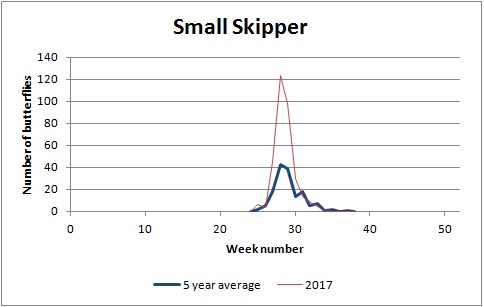 Most people who submit butterfly records to me it was felt that 2017 was a poor year for butterflies. As I mentioned previously we may be showing a falsely rosy picture of how the butterflies did, as we had more people sending in records. However, the differences between the species is valid.

It will be interesting to see what happens in the years to come.