The Green-veined White, Pieris napi, is probably the most common butterfly in East Lothian. The first generation appears in April through to June and the second generation of the year appears in July and August. Depending on the weather the two generations may overlap. 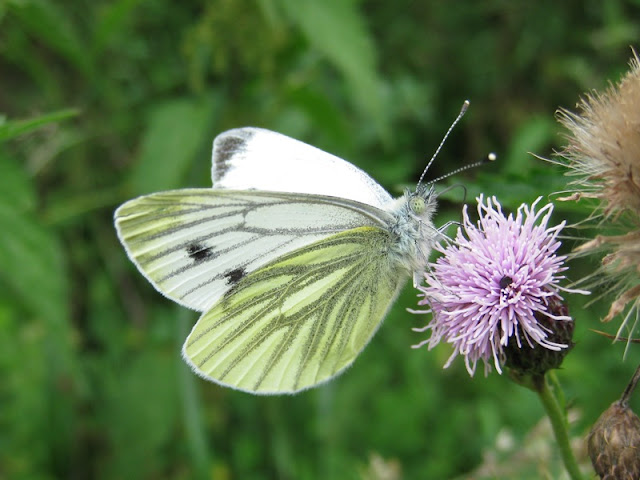 There are three sub-species occurring in the British Isles, one in Ireland, the second in Scotland and a third in England and Wales. I'm not sure of the exact differences between the sub-species or how defined the boundary is between the Scottish and English ones. According to the distribution map, the sub-species we have in East Lothian is thomsoni. 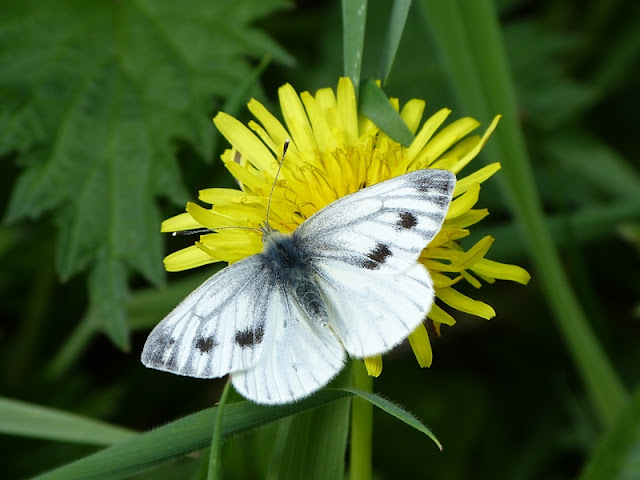 The markings on Green-veined Whites can be quite variable. The first brood tends to have lighter markings on the upper wings and darker veins on the lower side. The female is more heavily marked than the male. 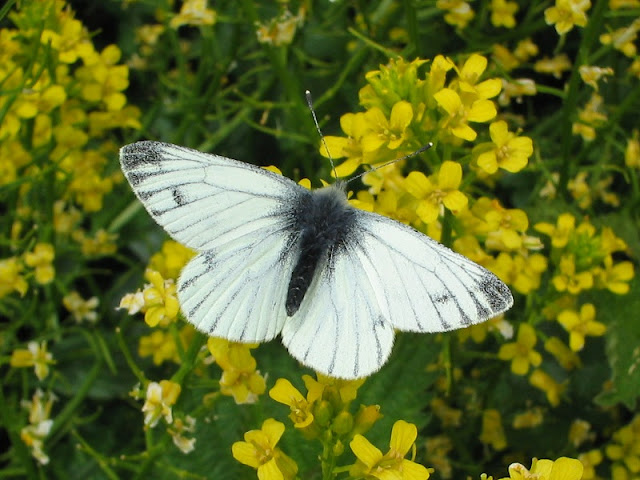 The "green-veins" on the underside of the butterfly are actually made up of black and yellow scales running along the lines of the veins on the wings. 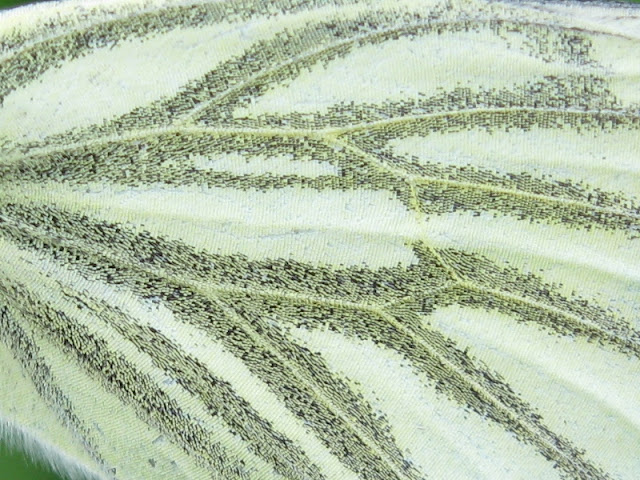 One day last year, whilst doing my butterfly transect, a female Green-veined White landed on a garlic mustard plant in front of me and laid an egg on the underside of a leaf. Like Small Whites, Pieris rapae, they tend to lay eggs singly. 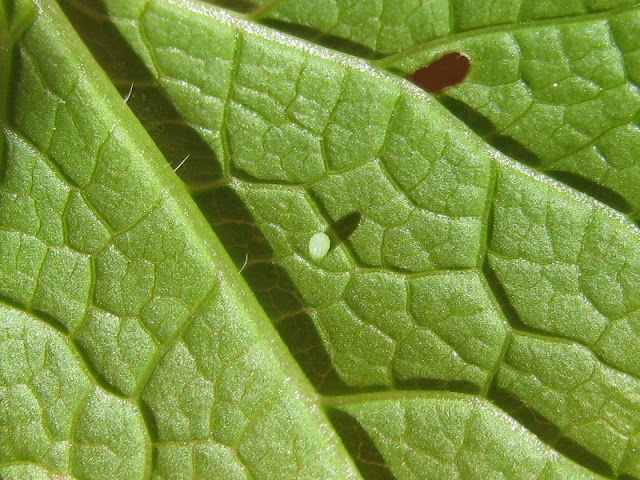 The previous year I found this Green-veined White caterpillar, again on a garlic mustard plant. 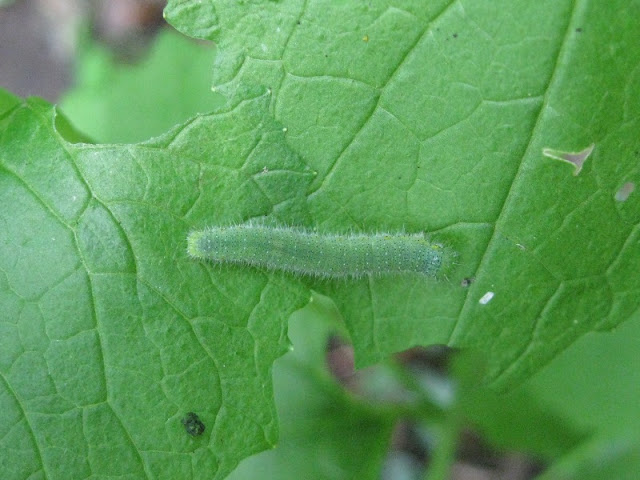 These are predominantly green with a row of yellow spots with a small black spot in each, along the side. Unlike the Small White caterpillar they don't have the yellow line running along their backs.

Earlier this year I was amazed to see this Green-veined White chrysalis on the corner of our garage wall. It surprised me as it must have been there from around September the previous year, but I hadn't noticed it, even though I walk past that corner of the garage every day. I hadn't noticed any caterpillars in the garden either, but presumably it had been feeding on a nasturtium plant. It is a fantastic colour, although it isn't very well camouflaged against the wood. I kept an eye on it for the next few weeks, and one day in early April I noticed that it started to change colour to more of a brown. A day later I saw that it was possible to see the colour of the wings and the next day there was just an empty shell, as the butterfly had emerged. 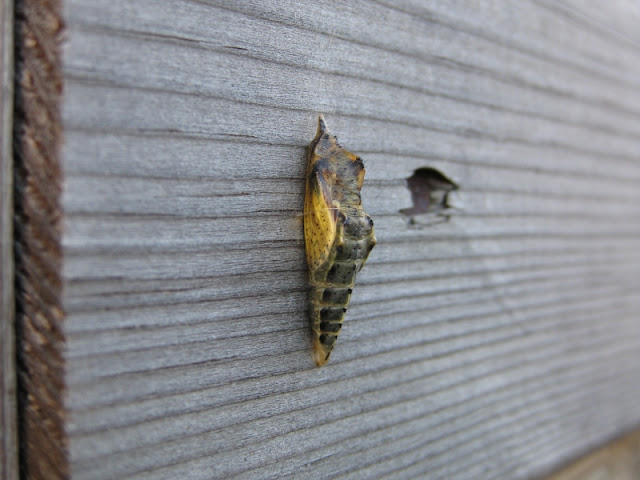 Unfortunately, it chose the day before a spell of poor weather to emerge, but hopefully it found somewhere to shelter until a later sunny day. During dull weather they hide away amongst vegetation, where they can be quite difficult to spot. 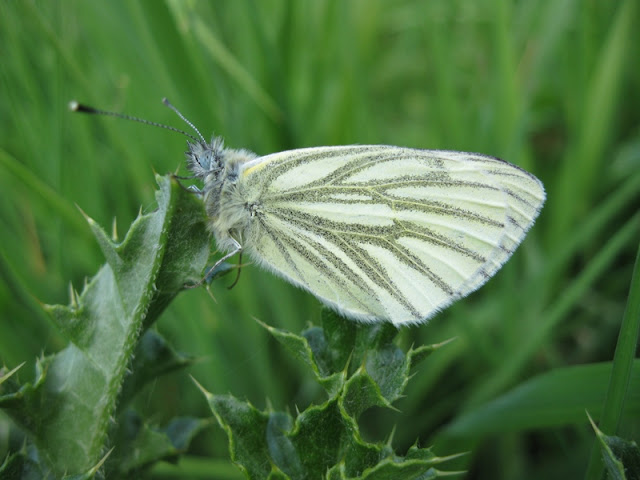