What was a very disappointing year as far as the weather was concerned, turned out to be a surprisingly good year for butterflies. After a very hard winter with a lot of snow, spring arrived quite suddenly when it warmed up towards the end of March. The spring weather was fairly normal, but June, July and August were very wet and cooler than normal.

Peacock, Aglais io
The year kicked off with a Peacock being spotted on 22 February at John Muir Country Park by the countryside ranger. This was on a freak warm day and Peacocks didn’t reappear until the third week in March, when a good number of them were seen. The number of sightings was low until the next generation emerged in late August. 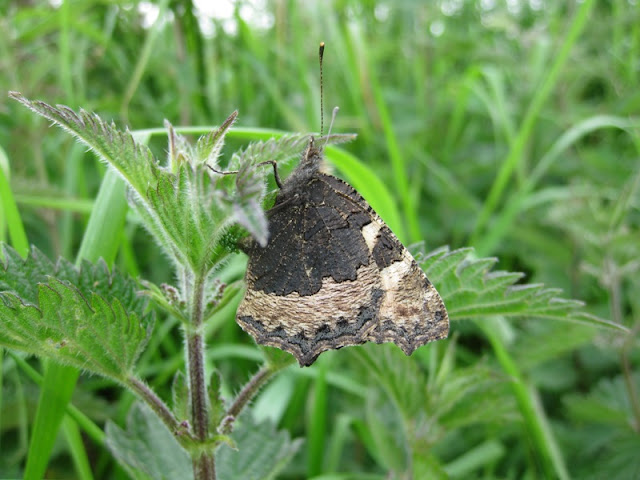 I saw my first butterflies on 21st March - a Small Tortoiseshell and a Comma squabbling over a choice sunny spot on the River Tyne near Haddington. There were good numbers of Small Tortoiseshells, particularly earlier in the year, but they didn't seem to do so well later on, most likely as a result of the weather we experienced over the summer. I observed a female laying eggs in June, which took 18 days to hatch. Sadly the caterpillars soon disappeared and I fear they perished due to the cold, wet weather. 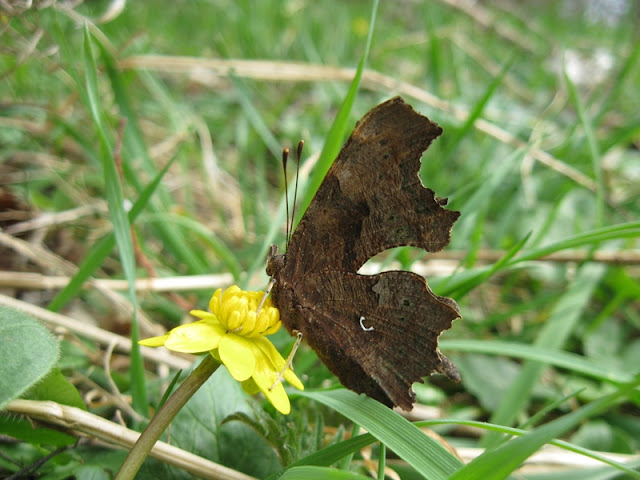 The Comma only started being regularly recorded in East Lothian in 2006. Prior to that I have one record for 2004 and one for 2005. It isn’t a common butterfly here, but it is now seen reasonably often each year. I saw a couple of Commas in March, but just as I was beginning to think they were suffering from the poor weather, I received a few more records in July, August and September. The number of sightings was certainly lower than the previous year. 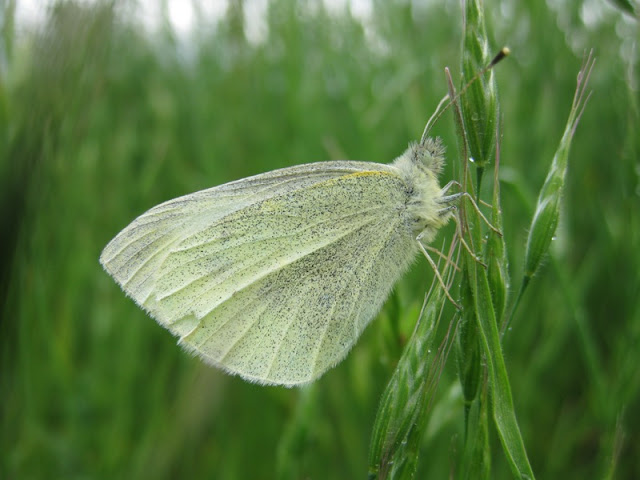 The first record of a Small White was on 22nd March, which is quite early for East Lothian. They appeared in greater numbers in mid April. Small White don’t generally occur here in large numbers. Green-veined Whites outnumber them considerably and it can be difficult to spot the difference between the two species until they land.

Panted Lady, Vanessa cardui
There were very few Painted Ladies around this year, but strangely one of the few records was on 5th April at John Muir Country Park, which is very early. Two were recorded in Gullane in July and just one or two more recorded in October. I am sure the weather can have a big impact on how many of these migratory butterflies arrive here from the south. Another slight issue is that Painted Lady caterpillars are freely available to purchase and some of the butterflies we see here could have been reared and released. 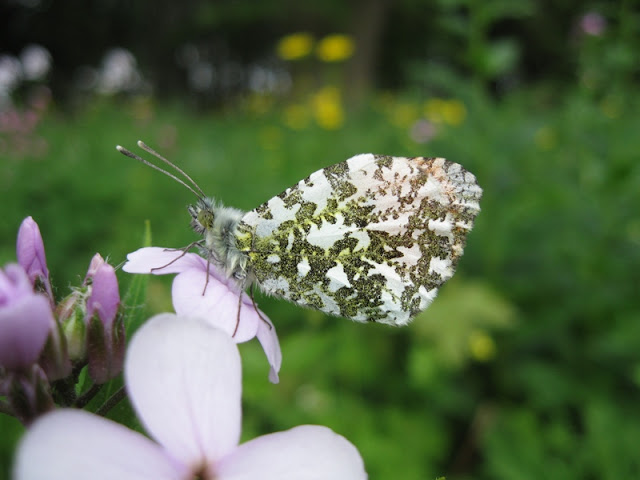 The Orange Tip season was noticeably shorter than usual this year, most likely because of the short spring. The first record was on 16th April when there seemed to be a mass emergence. Numbers recorded were very good over the next six weeks and then they quickly diminished. 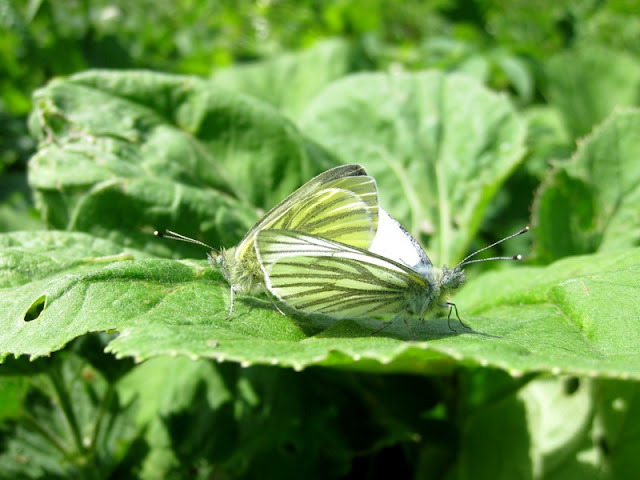 Green-veined Whites must be the most common butterfly in East Lothian. The first sighting was on 18th April. Numbers seemed good for the first generation, but the second generation that appears from July didn’t seem to do as well with fewer sightings reported. 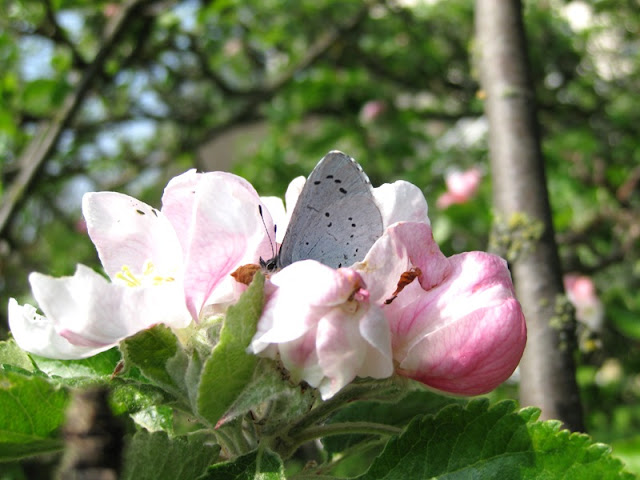 Probably the most exciting news for me was that Holly Blues were recorded in one small location near Aberlady in April and May. There were no records of a second generation later in the year, but again the weather was not very conducive. There has been another colony right on the western corner of East Lothian for a few years now, but it is good to know that they seem to be spreading. 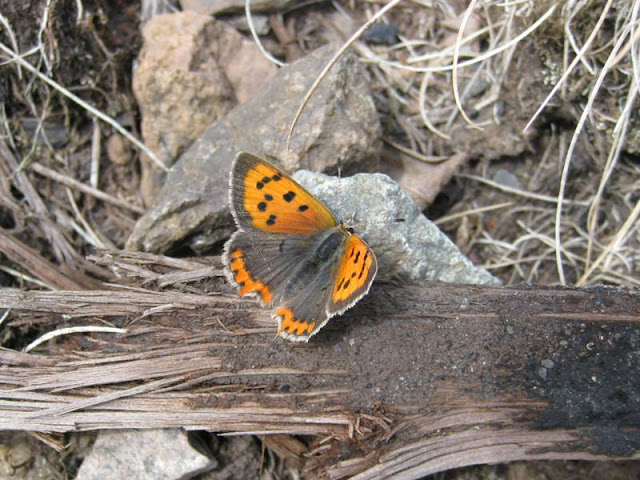 I saw my first Small Copper of 2011 on 9th May. The number of sightings was a little lower than normal this year. These butterflies can be locally common, but they seem to be restricted to various sites around East Lothian.

Red Admiral, Vanessa atalanta
Red Admirals arrived in force in early May with the first one recorded on 9th May. This year they have been more numerous than I can previously remember. Unusually high numbers were recorded particularly later in the year, right through to November. It will be interesting to see if any make it through the winter. 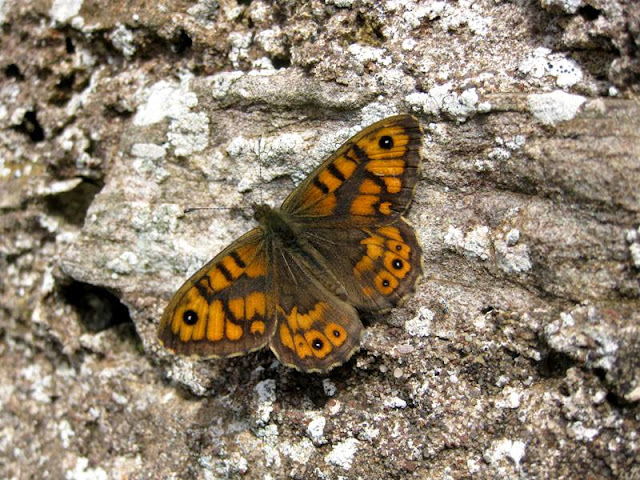 I first saw Wall Brown just inside East Lothian at Dunglass last year. I was pleased to find them there again this year in greater numbers. The first record this year was on 9th May in John Muir Country Park and later in the year I was surprised to spot one near Dunbar, so they also appear to be spreading along the coast.

Small Heath, Coenonympha pamphilus
The number of Small Heath recorded this year was lower than normal. I saw my first one on 15th May in the Lammermuir Hills. They also occur at many sites along the coast, sometimes in great numbers. They occur here right through until September.

Dark Green Fritillary, Argynnis laodice
The Dark Green Fritillary is another butterfly that occurs in various locations in the Lammermuir Hills and at the coast. I saw my first one this year on 20th June and various others were recorded throughout the summer. It doesn’t occur in great numbers, so it is difficult to know if this year was a good or bad year for them. 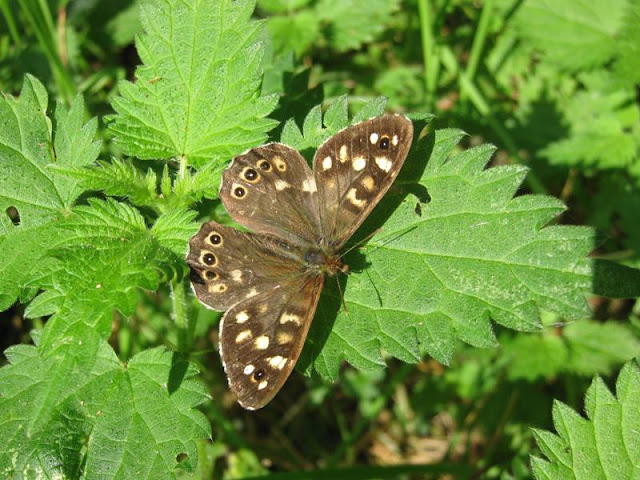 Having had one record of a Speckled Wood in 2010 near Tyninghame and one the previous year in John Muir Country Park I had suspicions that there may be a colony somewhere in the area. On 20th May I was excited to find two on the north side of the Tyne Estuary. Since then I have returned a few times and have seen Speckled Wood at this same spot and close by. They were also recorded the other side of the estuary a few times this year, suggesting that they are now established in the park. There was another sighting a couple of kilometres away at Binning Wood and also one at Yellowcraig, so it looks as though they are moving up the east coast. 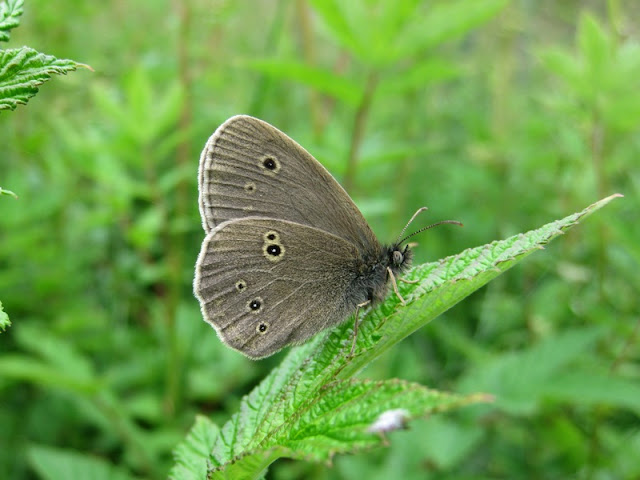 The first record of a Ringlet this year was on 10th June. Although they seem to like damp grassy areas, the number recorded this year was lower than it has been for a few years. They tend to be quite short-lived and are usually only recorded for six or seven weeks from the end of June to the beginning of August. 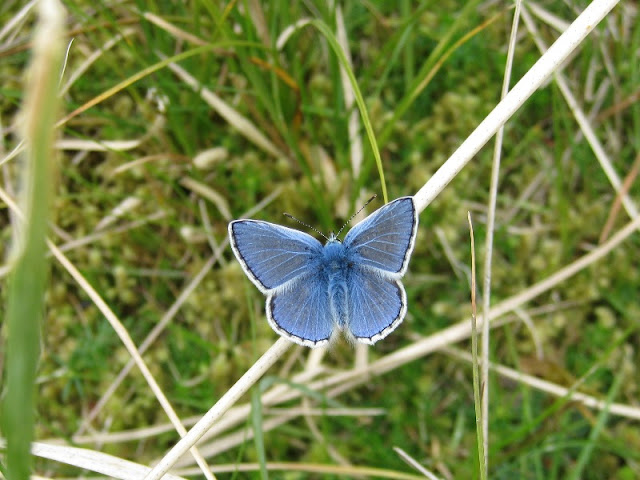 Common Blue butterflies aren’t widespread, but there are some sites where they can be quite common. The first record I have for 2011 was on 14th June. Looking through old transect records 2011 was the best year on record and this is the only species that seems to have done well this year. 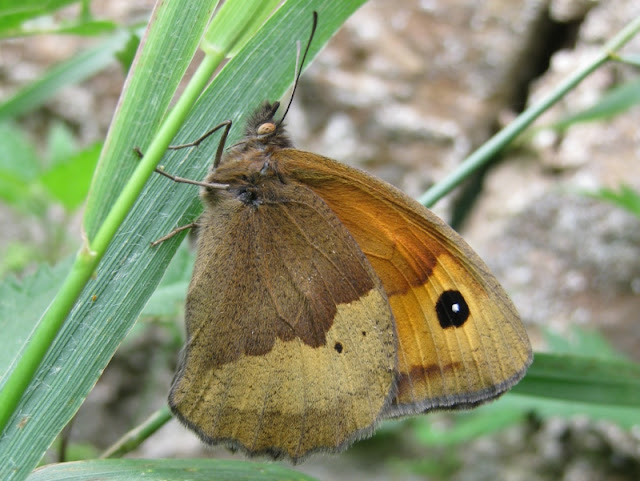 I saw my first Meadow Brown on 28th June. Numbers seemed to be generally down on previous years, particularly at the coast, but there were other hot spots where good numbers were seen. 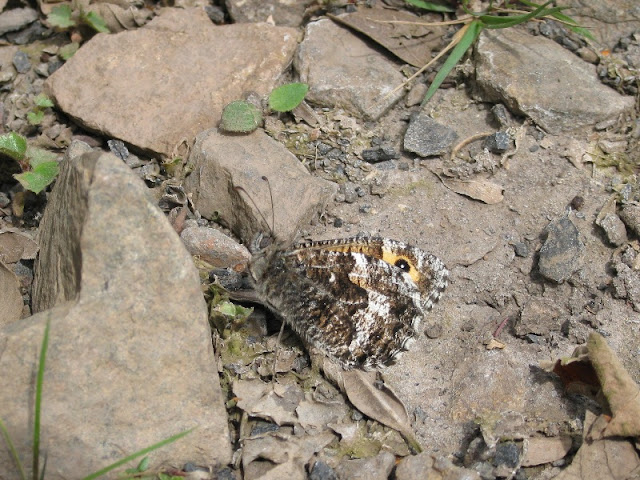 I had heard that Grayling had been seen at Blindwells, an old opencast site, for the last few years. On 5th July I visited Blindwells with a local enthusiast and we quickly came across the colony, seeing more than 10 on an old railway siding. I was later told of another colony less than a kilometre away on a re-landscaped spoil heap and one was reported in a nearby village later in the year.

So, that's 21 species, which must be a record for East Lothian. Two new species for the county and various other species expanding their range. Quite remarkable, given the poor weather.
Posted by Nick Morgan at 20:47