On 26th July last year I saw a female Small White laying eggs on some Bittercress outside my study window. As this was in the hen run I went out and lunchtime and dug up the three small plants and put them in a pot. 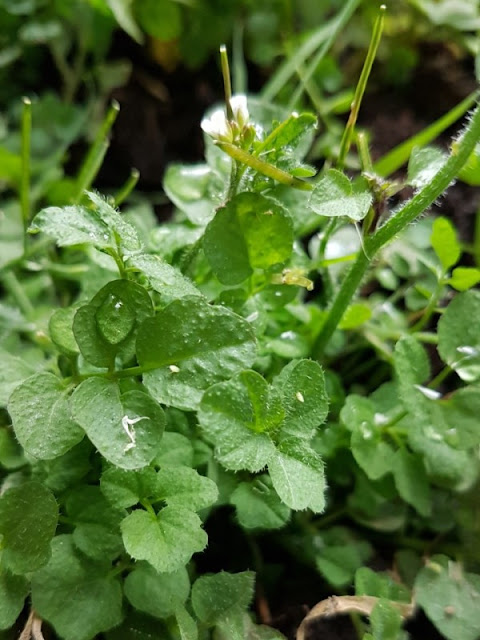 On 31st July I notice that the eggs had hatched and over the next few days I kept supplying more Bittercress and cauliflower leaves for the caterpillars to eat. 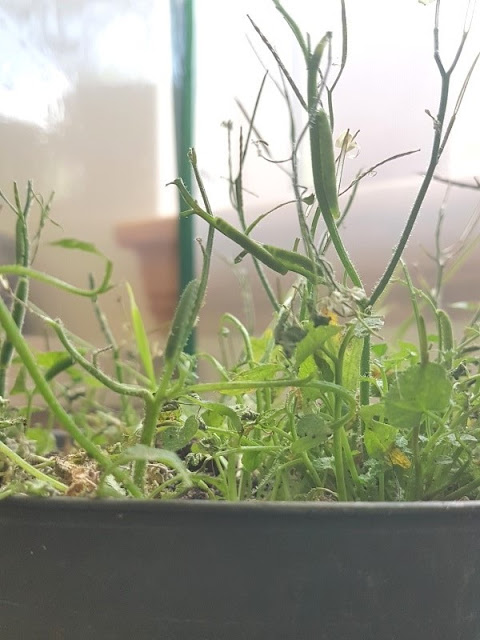 On 15th August some of the caterpillars started wandering around the cage and spinning silk pads and on the 17th the first chrysalis was formed. 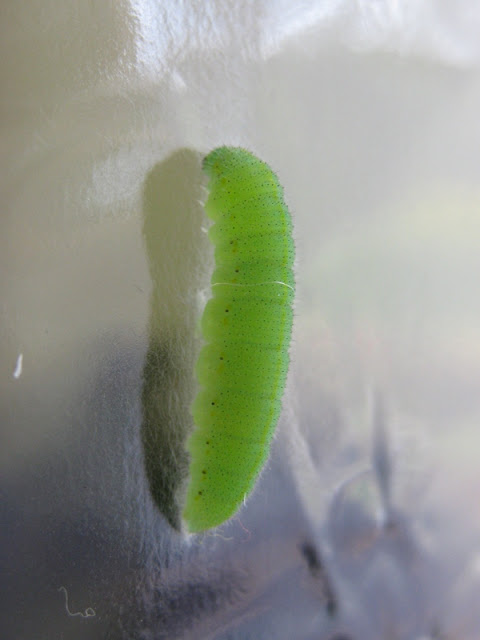 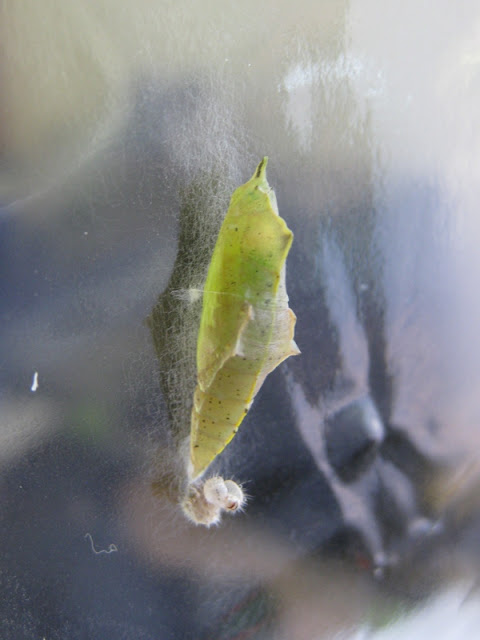 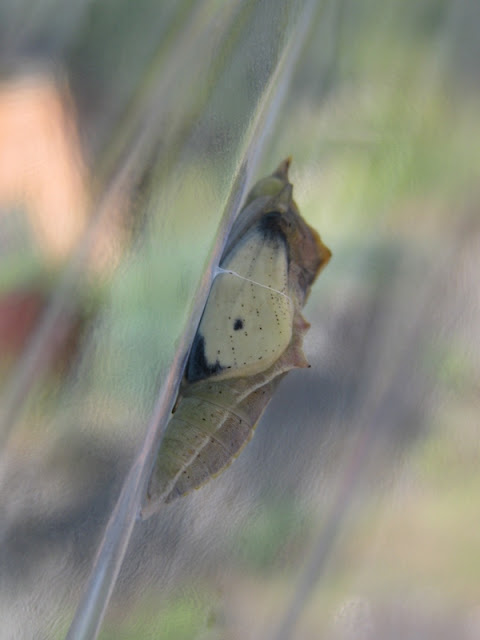 As the eggs had been laid by a summer generation butterfly I thought that the chrysalises wouldn't eclose until the following spring. However, I was really surprised on 26th August to see a male Small White flying around inside the cage. 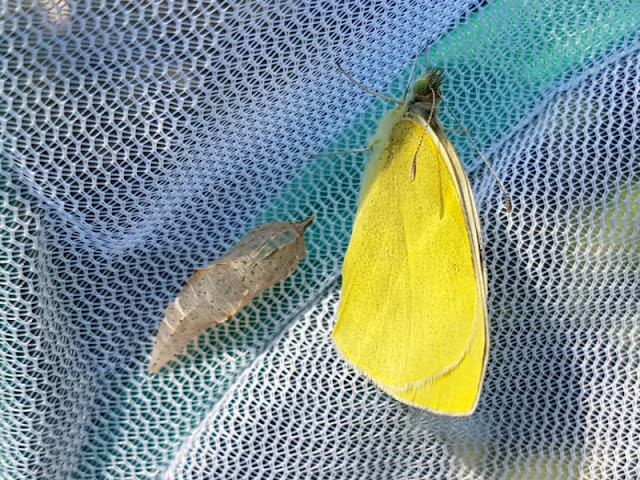 The next day three females emerged and on the 28th August another three emerged, one at 11.45, one at 13.15 and one at 16.45. This last one didn’t fly off, but remained on the side of the cage. The following day was really overcast and the butterfly remained in the cage and it wasn’t until 11.45 on the 30th August that it flew off. 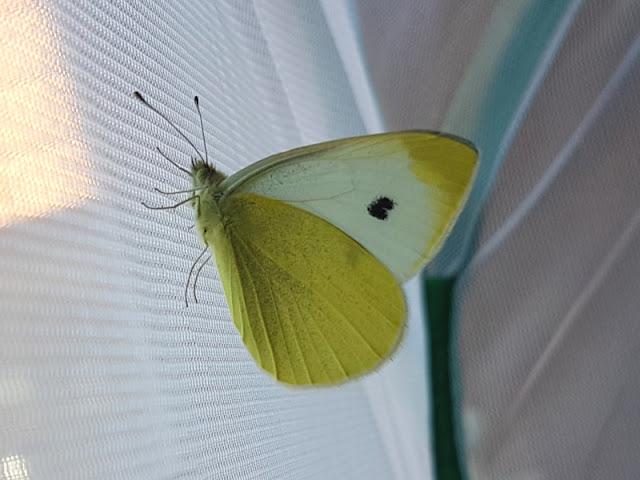 It circled the garden a couple of times and then landed in an ornamental maple tree. Almost immediately heavy drizzle started to fall and it continued to drizzle for the rest of the day and the following morning. Later that day I found it still in the same spot and it flew off mid-afternoon. So, it spent the first three days of its life waiting for suitable weather to fly!

What I find really interesting is that of the nine chrysalises I had, seven emerged, but the other two remained in the pupal state. I hadn’t been expecting any of them to emerge, as  we would normally only expect to have two generations of Small Whites a year here. The seven chrysalises that eclosed formed a third generation of the year.

Fast forward to spring this year and I kept an eye on the two remaining chrysalises. On 3rd May I noticed that they had started to show the colour of the wings. Two days later I spotted a male Small White sitting by its empty chrysalis case.  The following day a female Small White emerged from the second chrysalis. 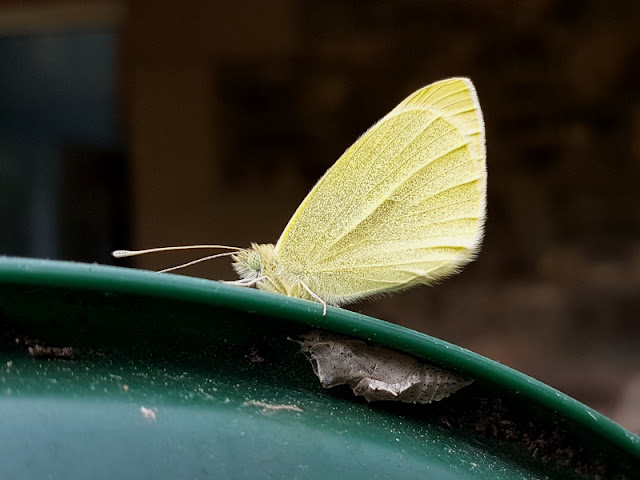 I was interested last year to see a third generation of Small Whites. Something that I have never known here before. What was more interesting, though, was that seven of the chrysalises emerged last year and the other two waited until this spring. They were all kept in identical conditions, yet behaved differently. 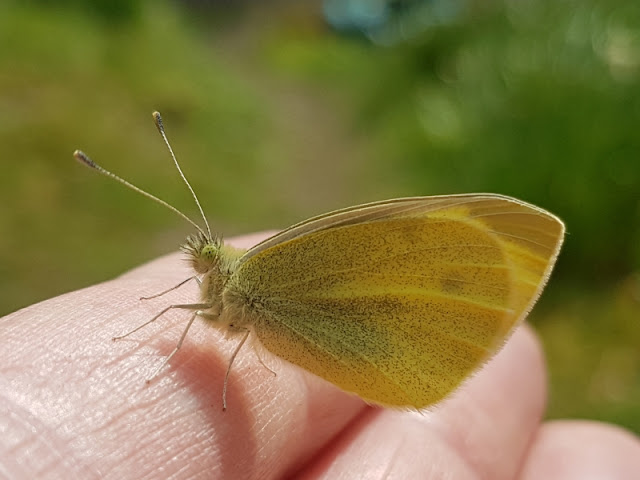