Back in February 2018 I reported on how the Wall Brown had arrived in East Lothian and then continued westward across the county. I am pleased to say that the species has continued to do well and has now been recorded over most of the county. 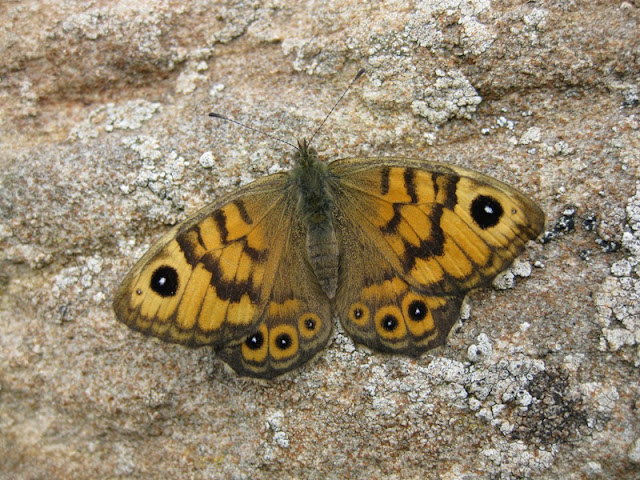 The map below shows sightings up to 2020 and this year it they have been seen right along the coast to the west. 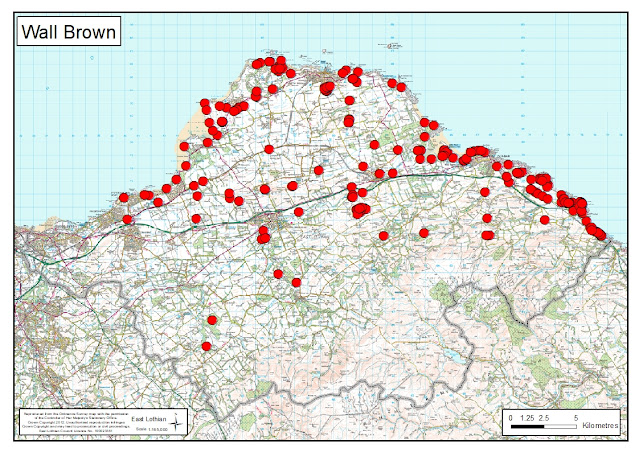 It is interesting how they have tended to move along the coast both in East Lothian and as they have spread up the country. 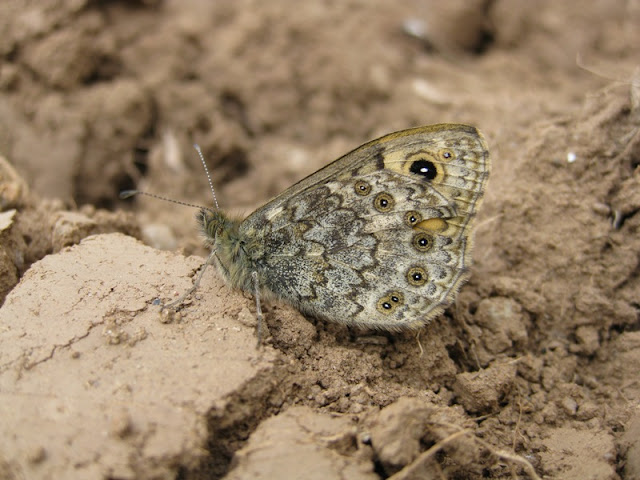 I moved about 40 miles south of East Lothian last year, but there are no Wall Browns here. They are very common along the coast, but haven't ventured inland. We certainly have a shorter season here and in the spring I notice that plant are up to three weeks behind those on the coast. Possibly the season is just too short for Wall Browns, but I do live in hope that we will see them here soon. 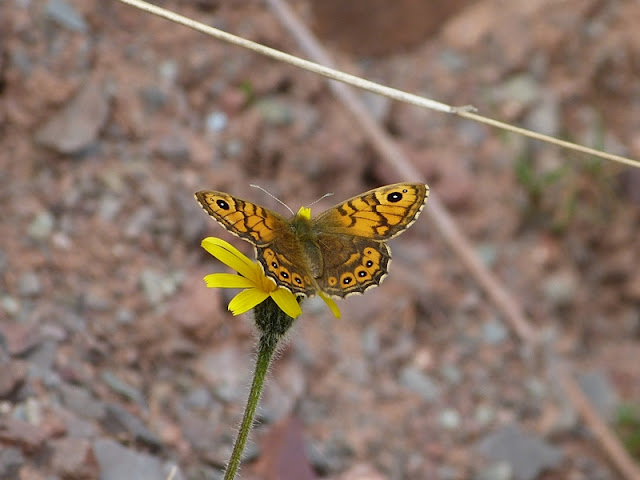