Back in 2016 I posted about the Painted Lady and wondered if 2016 would turn out to be a Painted Lady year. As it turns out, it wasn't a bad year, but it was nothing compared with 2019. 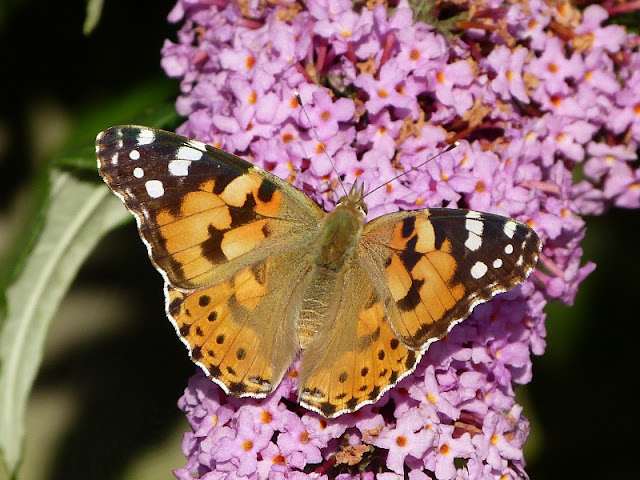 At the start of June I received reports of Painted Ladies being seen flying in from the coast and once inland they continued to fly westwards. This seemed very exciting, but it was nothing compared to the second wave of arrivals. 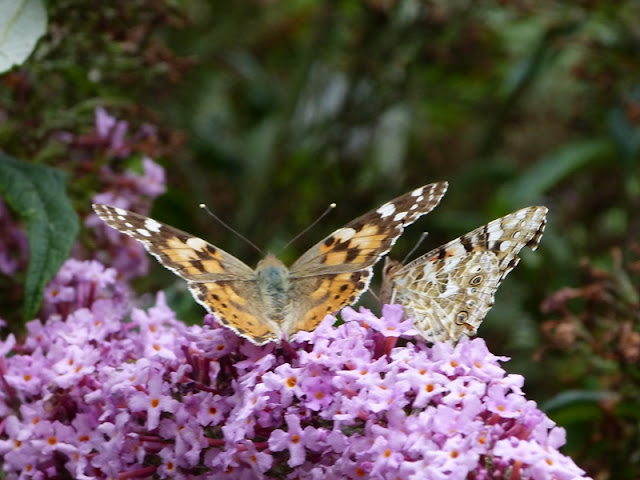 Towards the end of July a second, much bigger, wave arrived. An almost continuous stream of butterflies were seen flying westwards from the coast. By the end of the year I had received records of 5,395 Painted Ladies, but that must have been a fraction of the number that were actually here.

To give you an idea I normally receive records of somewhere between 25 to 100 Painted Ladies and the best year before this I received records of 176, so in 2019 we saw 30 times more Painted Ladies than we had ever seen. 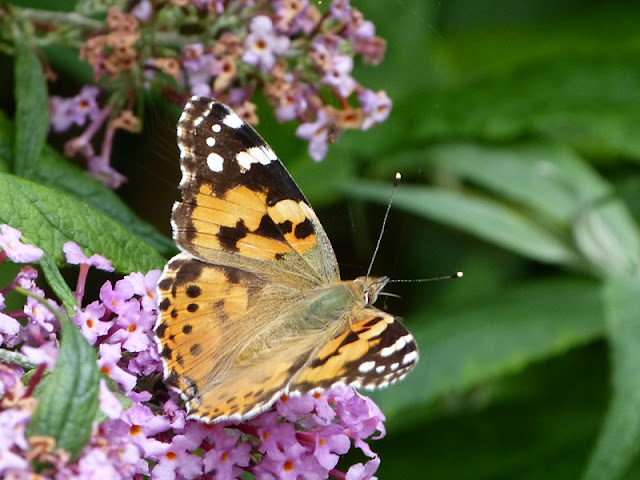 These butterflies spend the winter in north Africa and then over three or four generations make their way north to Scotland or Scandinavia. I speculated where ours had flown in from and I imagine it was probably the Netherlands or Denmark. That means that they had flown non-stop over the North Sea for over 600 kilometres. I believe that they can fly up to 150 miles a day, which means that they had been flying for four days and nights. I find this quite remarkable. Although we usually only see butterflies flying when the sun is shining, these butterflies had clearly been flying in the dark. 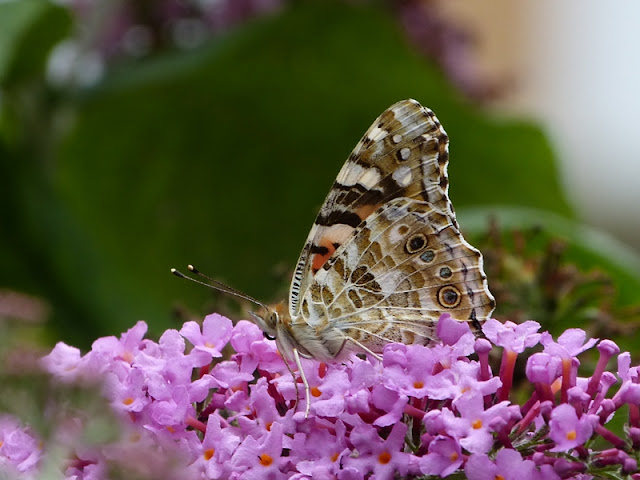 I remember once experiencing a mass arrival of Red Admirals along the coast on a cold, misty day and thinking that it was remarkable that they were flying on a day like that. However, I guess they have no choice once they have set off over the sea but to continue no matter what the weather. 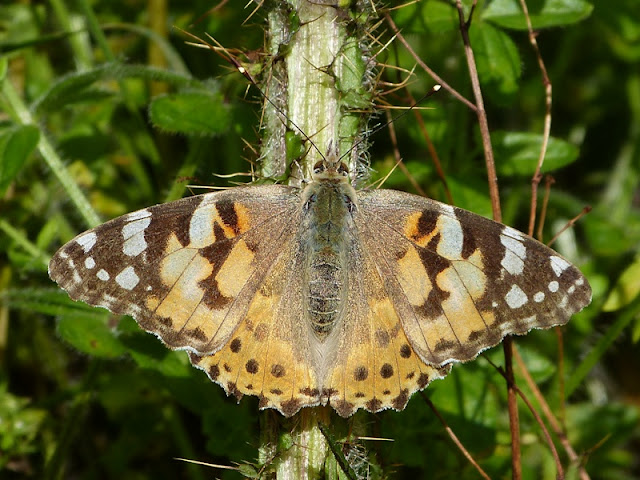 It used to be thought that the adults perished in the UK, unable to survive the cold winter. However, in 2009 sensitive radar picked them up flying south in enormous numbers. These butterflies were heading back to where their great grandparents set off from earlier in the year. 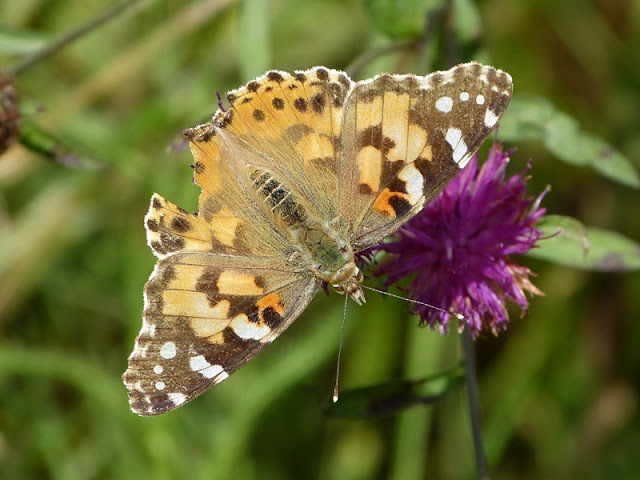 More recent research has been able to trace where a butterfly has spend its life as a caterpillar by identifying the ratio of Hydrogen isotopes found in the butterfly's wings. This has proved that Painted Ladies found in Europe in early spring have originated from Sub-Sahara Africa. So, they have not only crossed the Mediterranean Sea, but also the Sahara Desert. The round trip, though several generations, is about 12,000 kilometres. 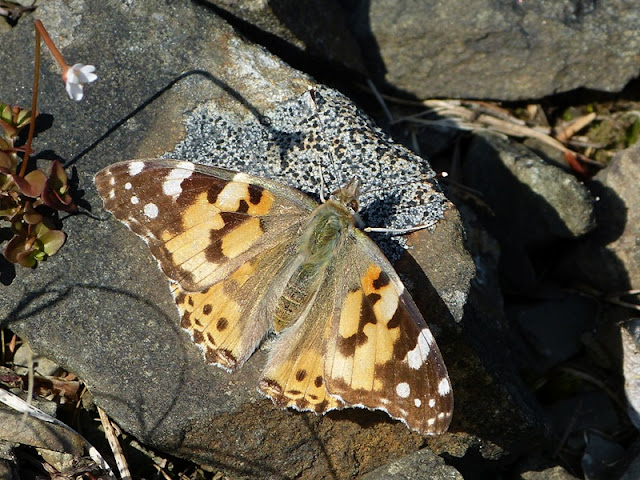 Some of my pictures show quite worn Painted Ladies, but I think they deserve to be photographed just as much as a pristine example. They are my heroes of the insect world!