I find the story of the Monarch butterfly amazing. Starting in Mexico in the spring, three generations make their way north up through the USA. Then the fourth generation, or super generation, makes it way all the way back to Mexico to the same bit of woodland its great grandparents left so many months earlier.
It is impressive enough that a butterfly can fly 2-3,000 miles, but how can the information about where to migrate to be transferred between generations like that?

It is also interesting that this species, which is so strongly migratory in the USA has spread to other corners of the world where it remains sedentary. I don't remember seeing any Monarchs in the USA, but I have been lucky enough to see them in Portugal, Spain, Gibraltar, St Lucia, Lanzarote and Tenerife. They also occur in Mauritius and I believe Australia and New Zealand. In these countries it seems to have discovered the good life and it occurs and breeds there all year around.

This summer when I was in Tenerife I went walking in the area around a village called Masca. I walked along a path in the village where I saw a couple of Monarchs gliding on the thermals below the path. I tried, unsuccessfully, to take some pictures of them floating in the air. 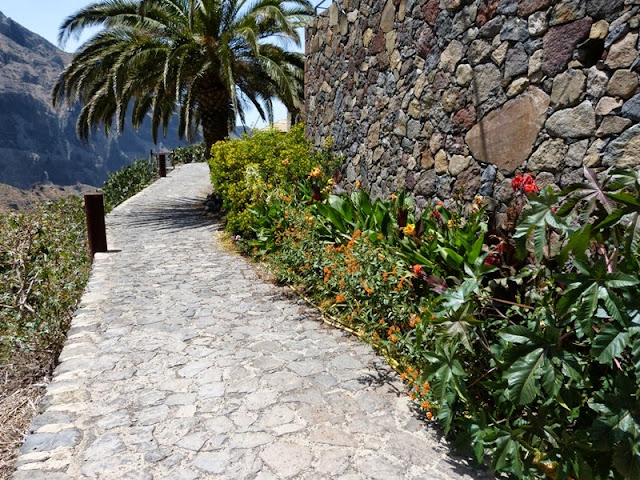 I then noticed that they seemed to be attracted to some orange flowers beside the path. One of them would fly down and feed on them for a while and then fly up and settle in a palm tree. As I watched another Monarch , I realised that it was laying eggs! And then I noticed that there were eggs dotted all over the plant. 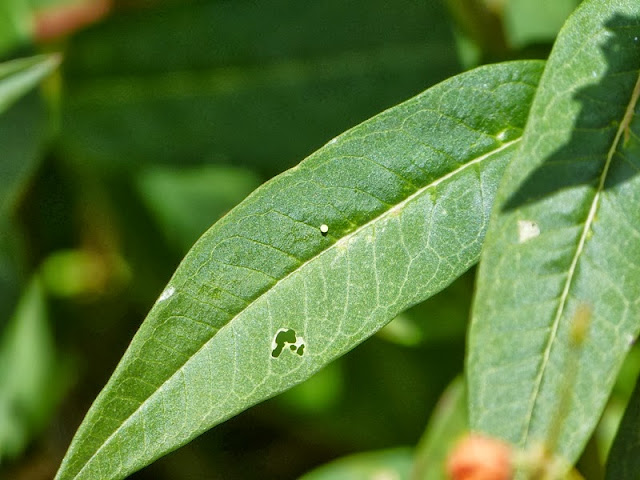 Even better, as I was looking for eggs, I suddenly realised that I was staring at a caterpillar and slowly it dawned on me that there were hundreds of them amongst the plants! 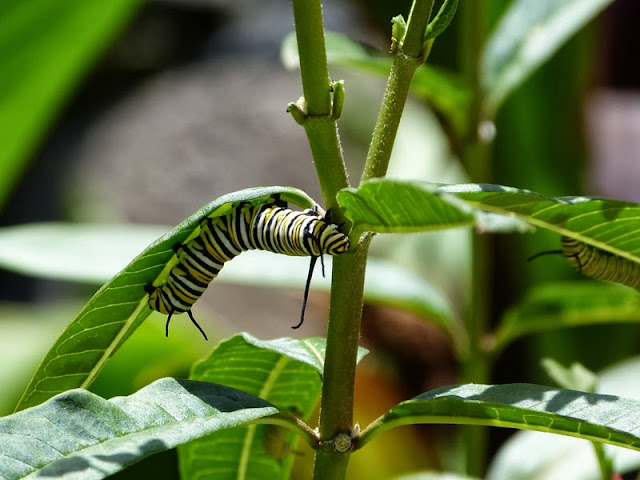 What I didn't know then was that the plants were Tropical Milkweed, Asclepias tuberosa.

Having found three life stages of the Monarch, I was sure that there must be some chrysalises close by. After searching the cracks and crevices in the dry-stone-wall I eventually found some empty shells hanging in a doorway. 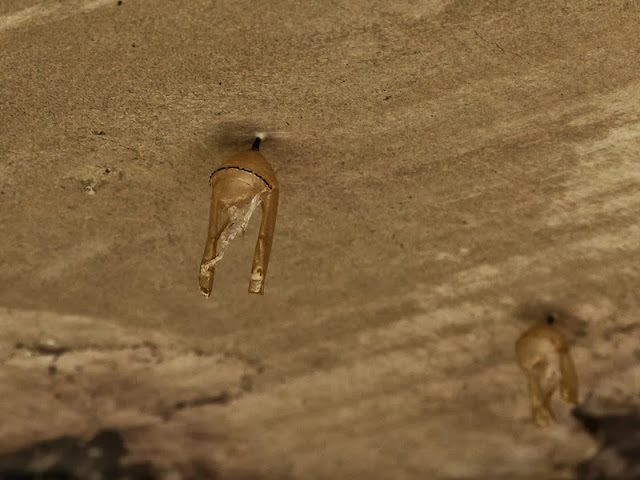 I was surprised not to find any occupied chrysalises, but having seen a few large lizards amongst the Milkweed, I suspected that many of them may have been eaten. I don't know if they would be toxic to the lizards. Just as I was about to give up, I saw one on the underside of a Canna Lily leaf. 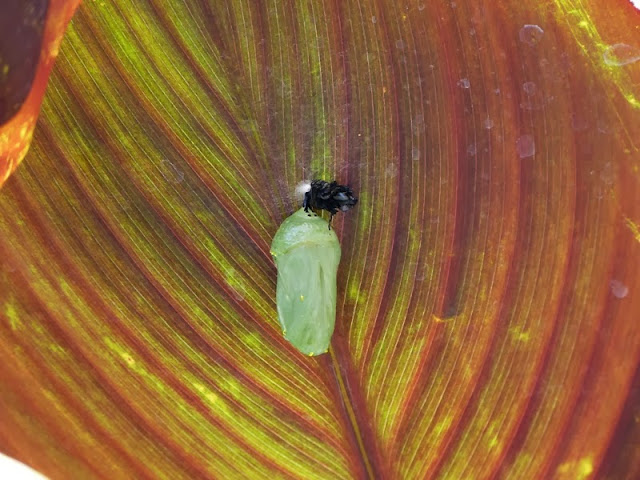 I was so delighted to find it!! What a fun half an hour it had been. I have never found all four stages of a butterfly on the same day before. 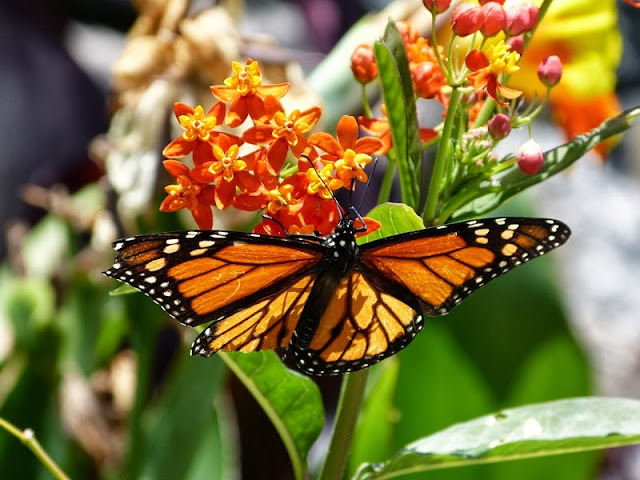 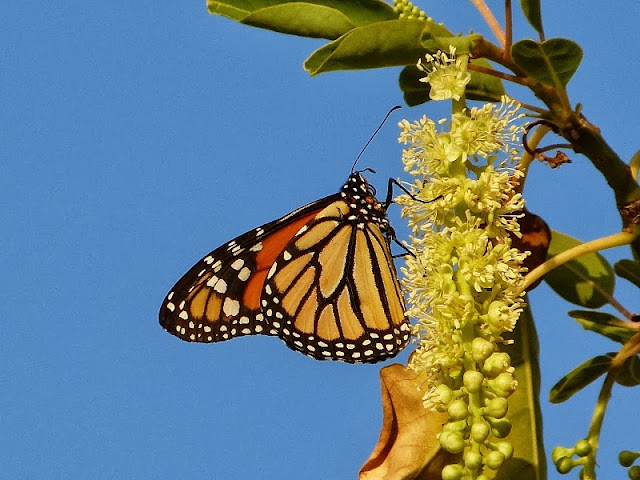 Edit:
Thank you very much to Maria Firpi, a fellow blogger from Puerto Rico, who has sent me links to information about the Monarchs that occur in the Caribbean. It seems that in most Caribbean islands the Monarchs belong to a sub-species, Danaus plexippus megalippe. These have slightly different markings and less pointed wings. Maybe more obvious are the markings of the caterpillar, with the Caribbean sub-species having thicker black bands.
It isn't quite as simple as that, as in Puerto Rico and other northern islands the population is supplemented by the nominate form, when it migrates south from mainland USA.
Judging by my pictures of caterpillars seen in Tenerife, it would seem that the populations of Monarchs occurring in Europe originate from the USA migratory Monarchs (which is probably not surprising).
There is a picture of the caterpillar of Danaus plexippus megalippe on Maria's blog here.