In a previous post I talked about my attempts to create a bank of Rockrose as an experiment to see if it is possible to replicate the area up the valley where Northern Brown Argus, Aricia artaxerxes, are found. The first batch of cuttings I took four years ago was a success and they are now doing well, so last year I decided to take some more cuttings so that I could expand the area.
In July I collected several shoots of Rockrose and made a tray of cuttings. Despite checking carefully when I was picking the shoots, once I got home I discovered that there were eggs on two of the shoots. One leaf had two eggs on the underside and another had one egg on its top surface. 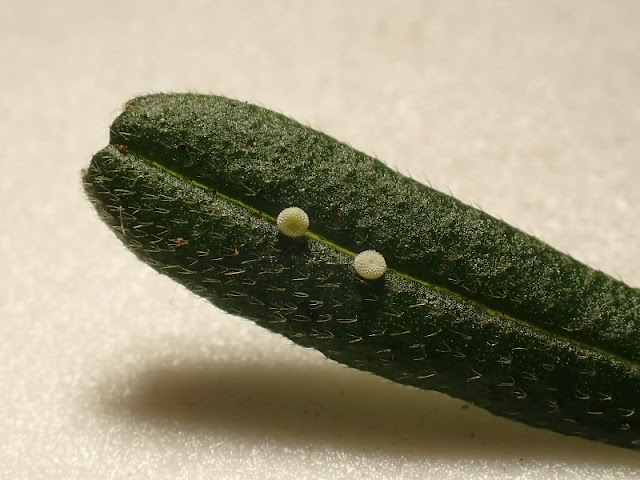 So, I drilled a couple of holes in the lid of a jam jar and put the two shoots into water. Unfortunately, Rockrose doesn’t appear to like to grow like this and the leaves quickly dried up. I therefore had to replace the shoots every couple of days. 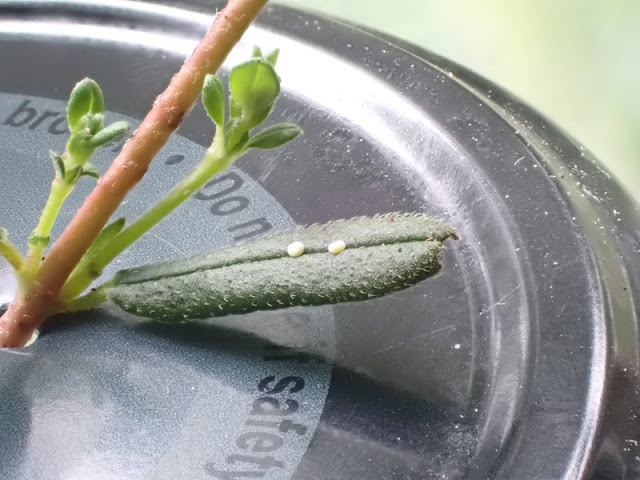 Six days later on the 25th July one of the eggs hatched and another hatched the following day. 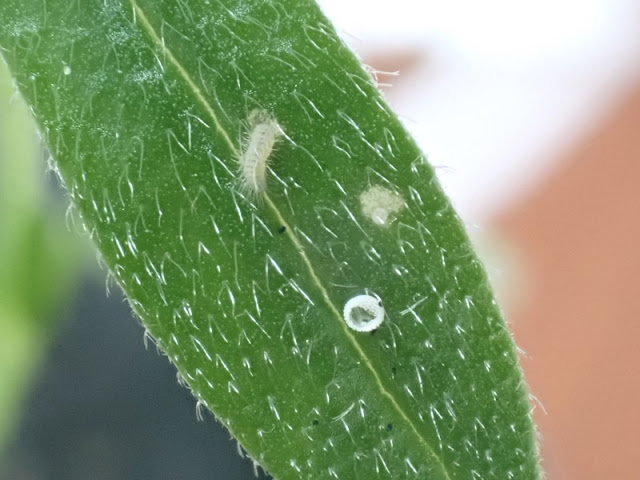 They were incredibly small and remained on the top surface of the leaf, puncturing it and sucking out its contents, leaving small brown marks. 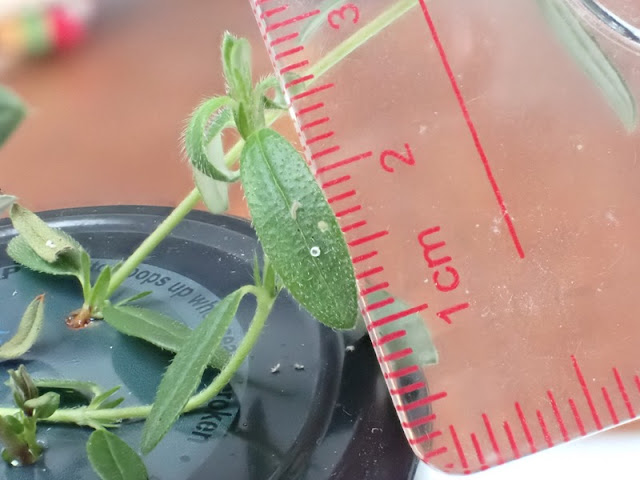 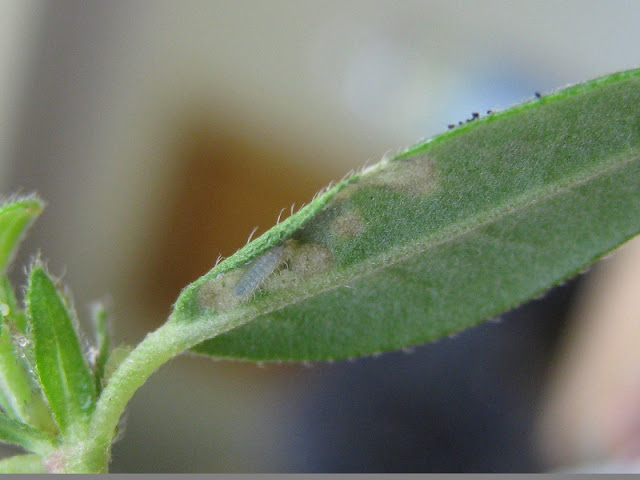 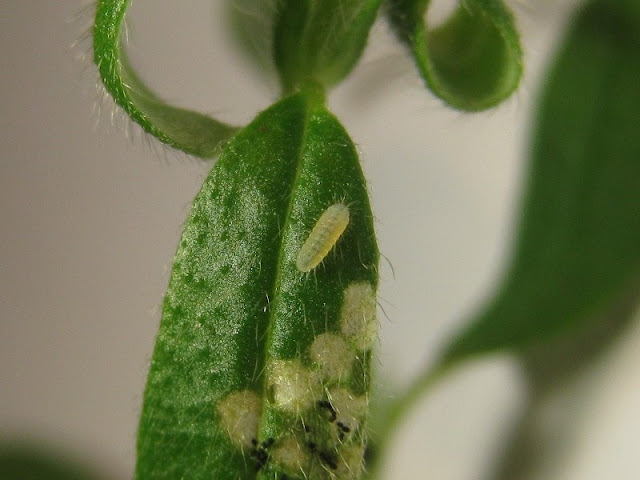 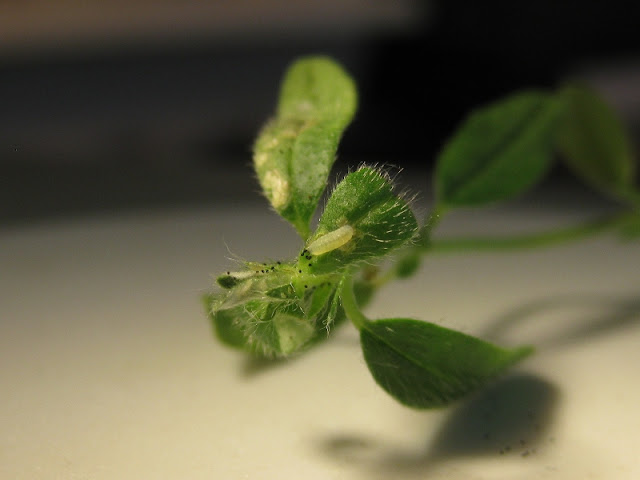 It was clear that putting sprigs of Rockrose into water wasn’t working well, so in August I found a small Rockrose plant that had been half dug up by rabbits. I put it in a pot and transferred the caterpillars onto it. This made them even more difficult to find as by this stage they were still less than 3mm long. 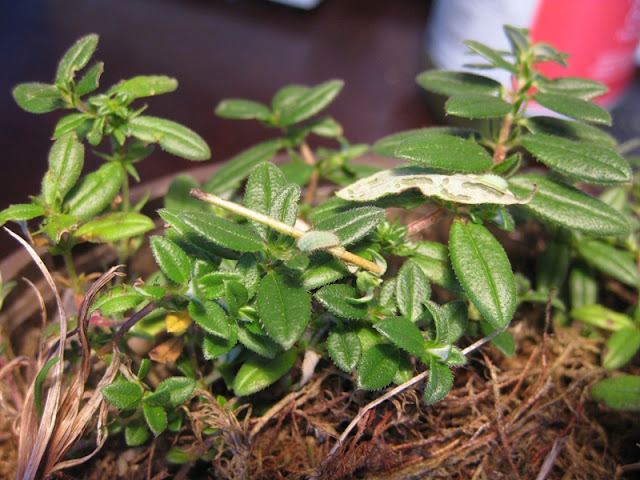 I was hoping to note when they changed instars, but it was really difficult to spot the difference between each instar when they are so small. Also with them being so active, I was never sure which of the two caterpillars I was looking at!! I noticed on the 5th August that one of them was looking greener, so I presume it had shed it skin and was now second instar. On 18th August one of the second instar caterpillars shed it skin and the other did the same on the 28th August. 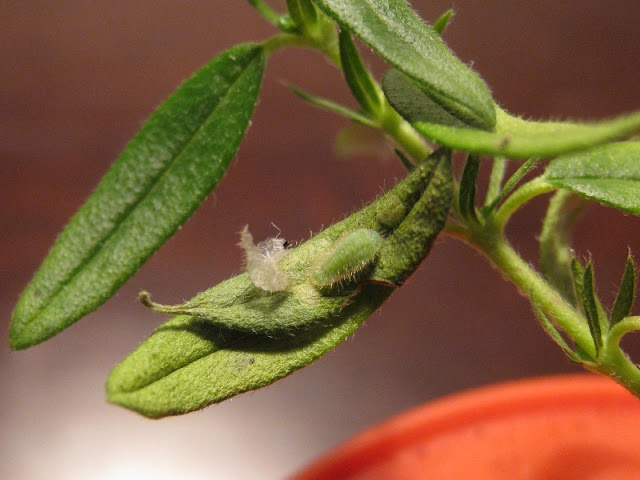 They continued to grow and I would spot them occasionally as they ventured from under the leaf they were feeding on. Then on 16th September I was unable to find them. I presume, and hope, that they went into hibernation. The pot was still in the house at this time, so it would have been day length that triggered this, rather than temperature. 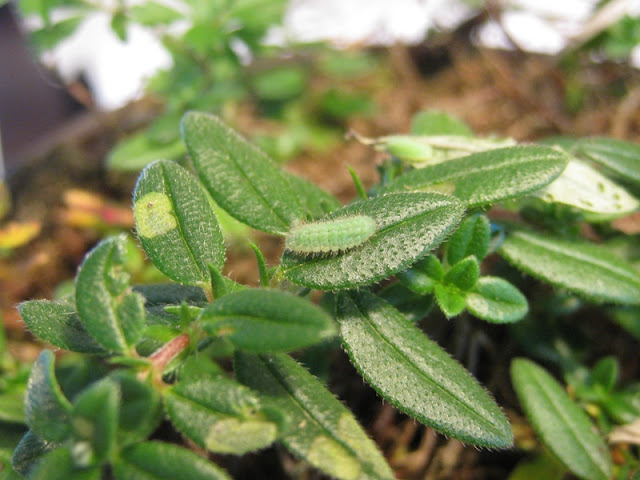 Later that month I put the pot outside in a mesh cage. The Rockrose was rather depleted of leaves by this time, so I purchased some cultivated varieties of Rockrose and put these pots next to the wild Rockrose. My hope is that the caterpillars will reappear in the spring and transfer onto the new plant. I hope to report back later!
Posted by Nick Morgan at 20:33