On my way back down the road, I called into a viewpoint that I have visited on previous occasions. Here, the subtly different habitat attracts some different butterflies. Most notable are the Swallowtails, Papilio machaon hispanicus, which I spotted almost as soon as I parked the car. They patrol this little hilltop, presumably looking for mates. 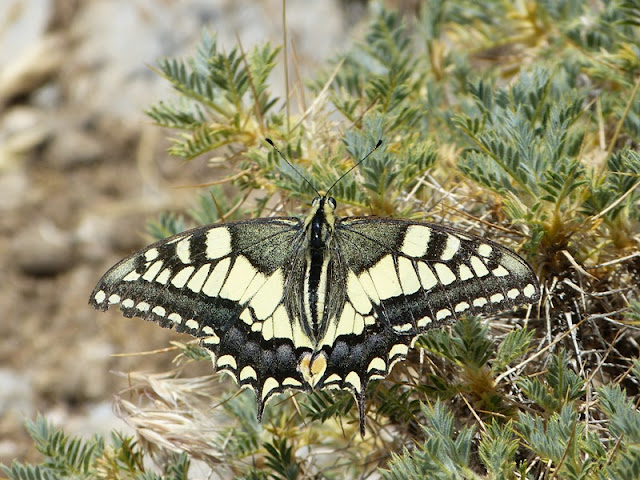 I also saw one Spanish Swallowtail, Iphiclides feisthamelii, feeding on the same little shrub that I have seen them on when I have visited previously. 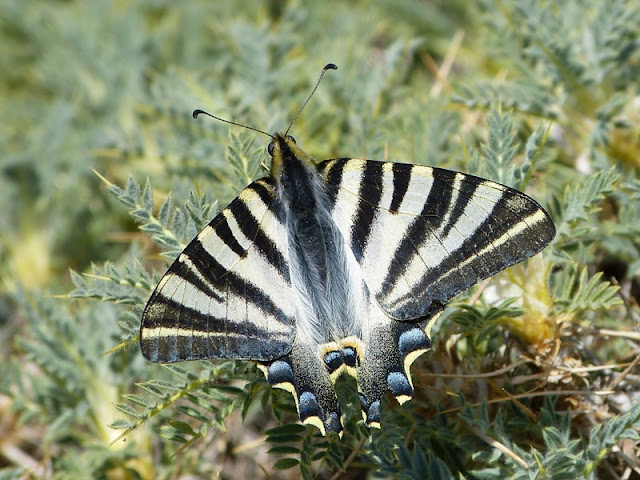 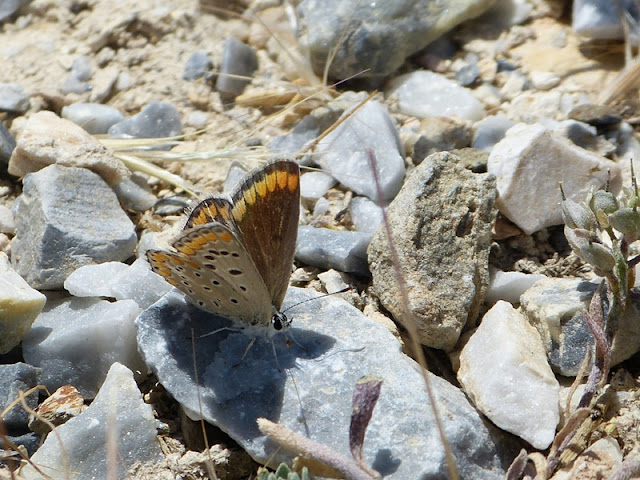 I spent some time watching these two Southern Marbled Skipper, Carcharodus boeticus, chasing around after each other and then locking horns! I have never seen behaviour like that before. 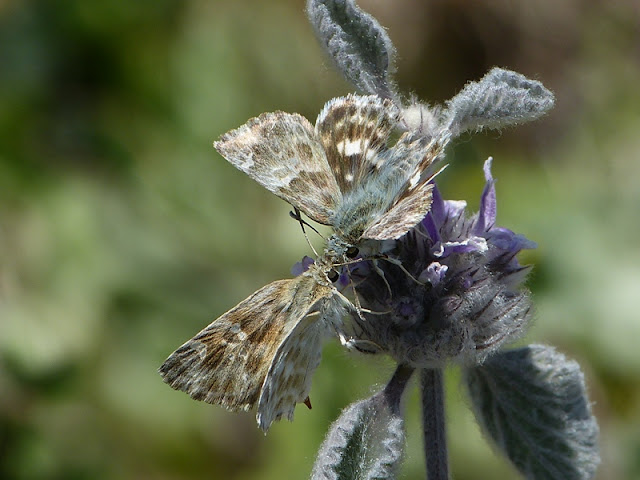 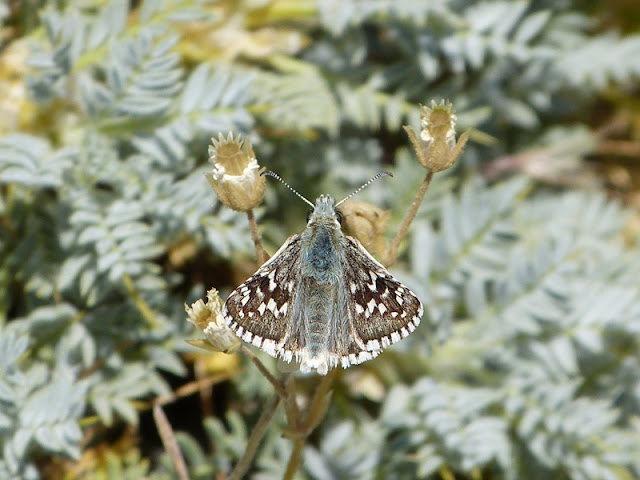 I always see Blue-spot Hairstreaks, Satyrium spini, in this location. 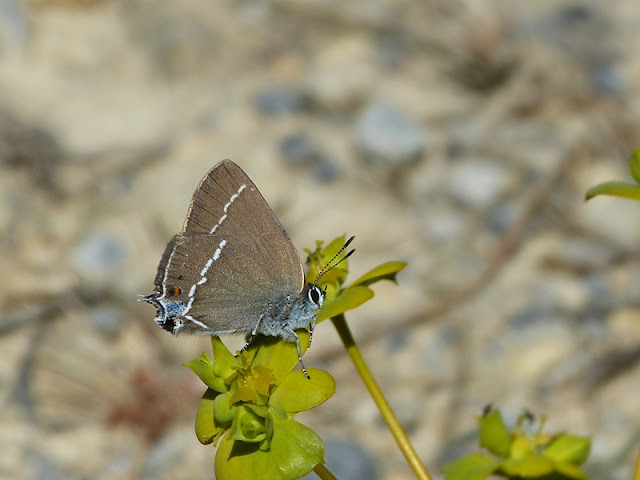 Last year when I was reviewing my photos I realised that I had also taken a picture of a False Ilex Hairstreak, Satyrium esculi. So, this time I was looking out for them and once again spotted one. 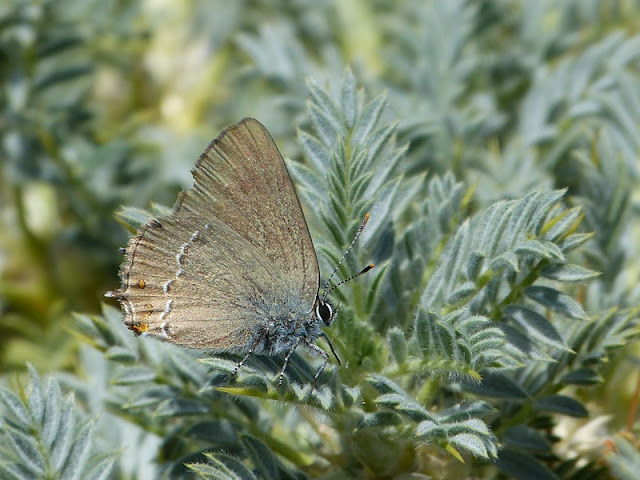 There was also one Purple-shot Copper, Lycaena alciphron gordius, here. In previous years they had been quite numerous here. 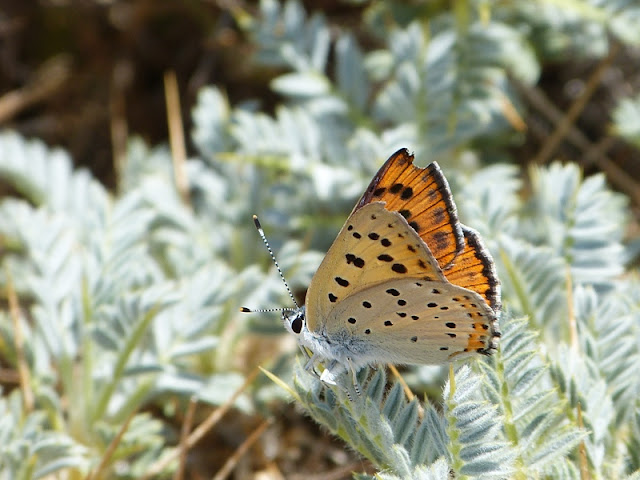 It was interesting that many of the species found in each location that I visited in the Sierra Nevada were the same as I had seen on other visits. There are obvious locations, habits and food plants that will attract them. Some butterflies were in similar numbers and the same locations as in previous years. 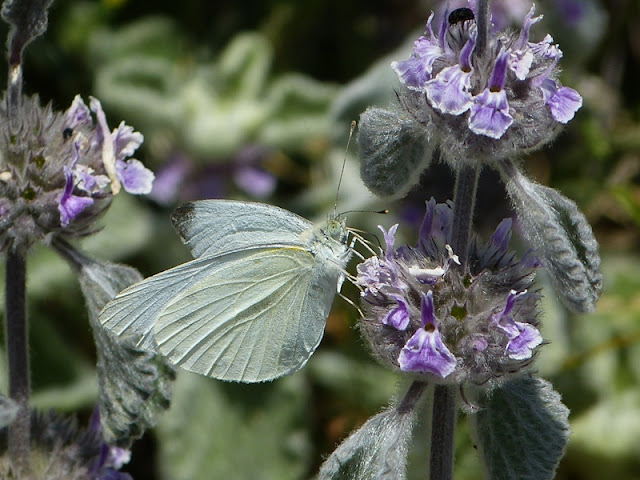 Others were notable by their absence or low in numbers. For instance, it was worrying to see so few Zullich Blues and Apollos high in the mountains. Down by the stream this year I saw no Meadow Fritillaries, whereas two years ago I saw several. In fact there were very few butterflies there, but in previous years I have seen hundreds of butterflies enjoying the lush vegetation there.
Each year I visit, I see more species. This year I saw 3 species that I have never seen before and a total of 44 different species. The Sierra Nevada is still by far the best place for butterflies that I have ever visited.